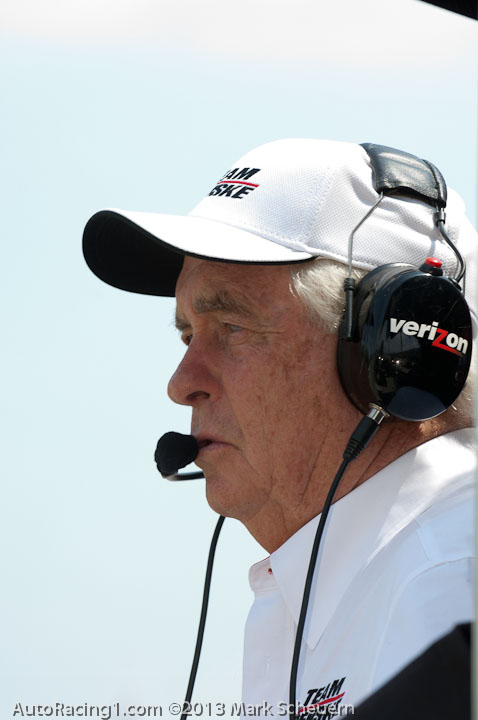 Mooresville, NC (March 16, 2015) – The Sports Business Journal (SBJ) announced today that Team Penske has been named a finalist in the Sports Team of the Year category for the eighth annual Sports Business Awards. Team Penske is the only motorsports program to be nominated this year for the prestigious award. Other Team of the Year finalists include: the Charlotte Hornets (NBA), the Los Angeles Galaxy (MLS), the Los Angeles Kings (NHL), the Seattle Seahawks (NFL) and the St. Louis Cardinals (MLB). The winner will be announced on May 20, 2015 at the awards ceremony to be held at the New York Marriott Marquis at Times Square.

"It is a tremendous honor that Team Penske has been named as a finalist for the Sports Business Journal Professional Sports Team of the Year," said Roger Penske. "This is one of the most prestigious awards in the sports business world and it is a testament to our people along with our business partners and the tremendous amount of work we have accomplished together over the past year. We are fortunate to represent many of the world's leading brands and our team has been able to win with them both on and off the track."

Team Penske has long been regarded as one of the premier teams in all of motorsports. In its nearly 50-year history, the organization has won over 400 major races, a record 15 Indianapolis 500 victories, two Daytona 500 titles and 27 national championships.

The 2014 season was a landmark year for Team Penske, as it included unprecedented championships in both the Verizon IndyCar Series with Will Power – the 13th open-wheel title for Team Penske – and the NASCAR XFINITY Series, where the No. 22 team took home its second-straight owners' title. In addition, both Brad Keselowski and Joey Logano finished inside the top five in the NASCAR Sprint Cup Series championship standings, with Logano in contention for the title heading into the final race of the season. Across INDYCAR and NASCAR, all six of Team Penske's full-time drivers and cars finished in the top five in series points with 22 wins equating to a winning percentage of 25 percent of the total races run.