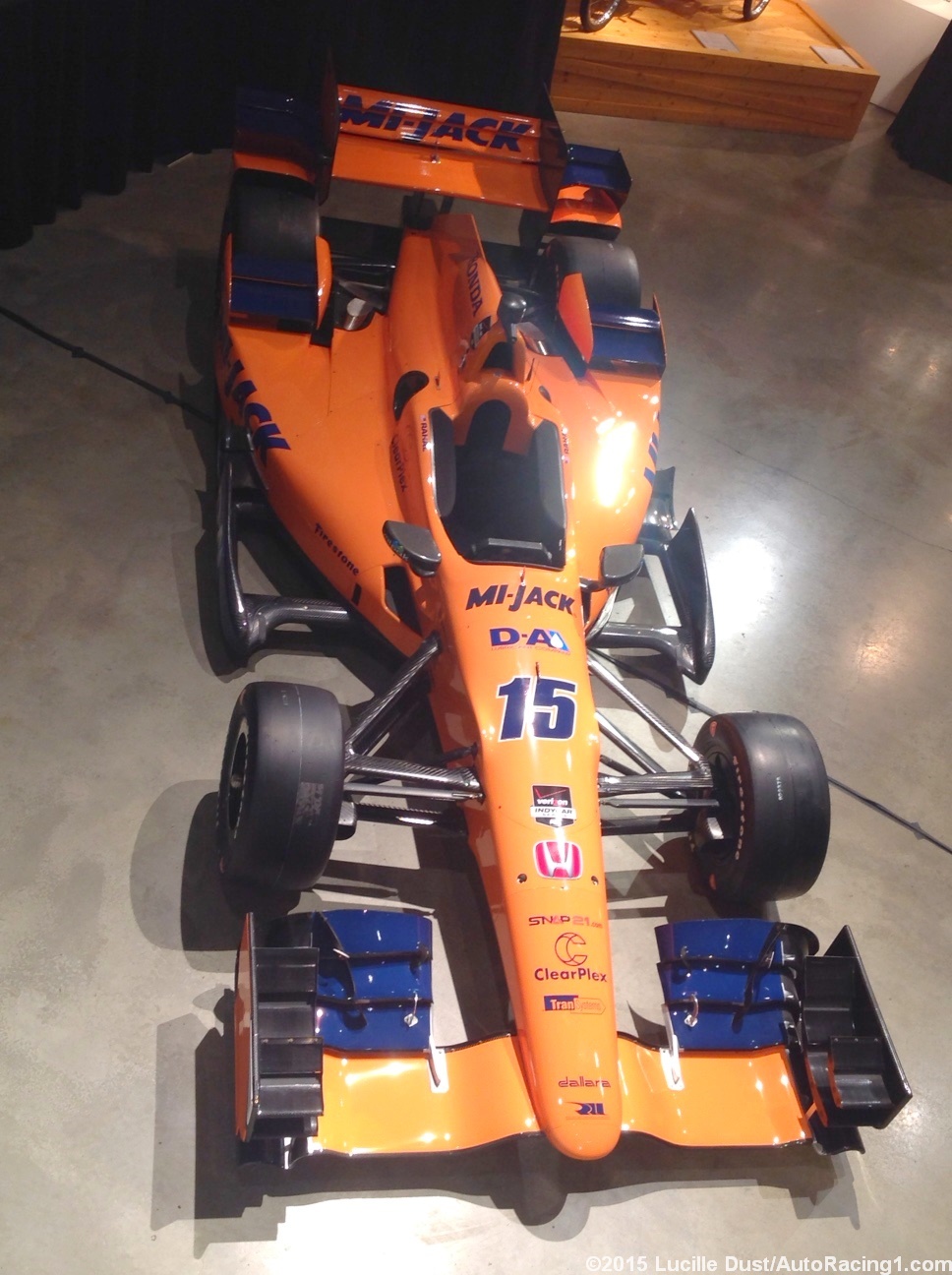 Honda did a 12 minute overview about the development of the aero kit, which includes over 200 components.

Graham Rahal explain the many parts on his car, which was the car on display at the event.

Did you know there are little wickerbills for every rung on the new front wings!

And the hole in IndyCar's head, I mean the hole that they put in the floor of the car at the edge of the side pod looks silly. The back piece of the over the wheel is larger than last years.

Carlos Huertas and Francisco Dracone will be driving for Dale Coyne this season. Francisco is Italian and drove for Conquest in 2010. No Justin Wilson in the Coyne stable this year.

Gabby Chavez sat with me while eating and I asked what track did he think he would win at in IndyCar. He said Long Beach is his favorite track. He has moved to Indy with his girlfriend and his 2 dogs.

I asked what he thought Zach Veach was going to end up at this year. He thought Zach should have gone back to Indy Lights this season. If you win the championship in Lights then the natural move would be to IndyCar. Otherwise if you skip a year when return to Lights you risk being beat. Lucille Dust reporting live from Alabama for AR1.com