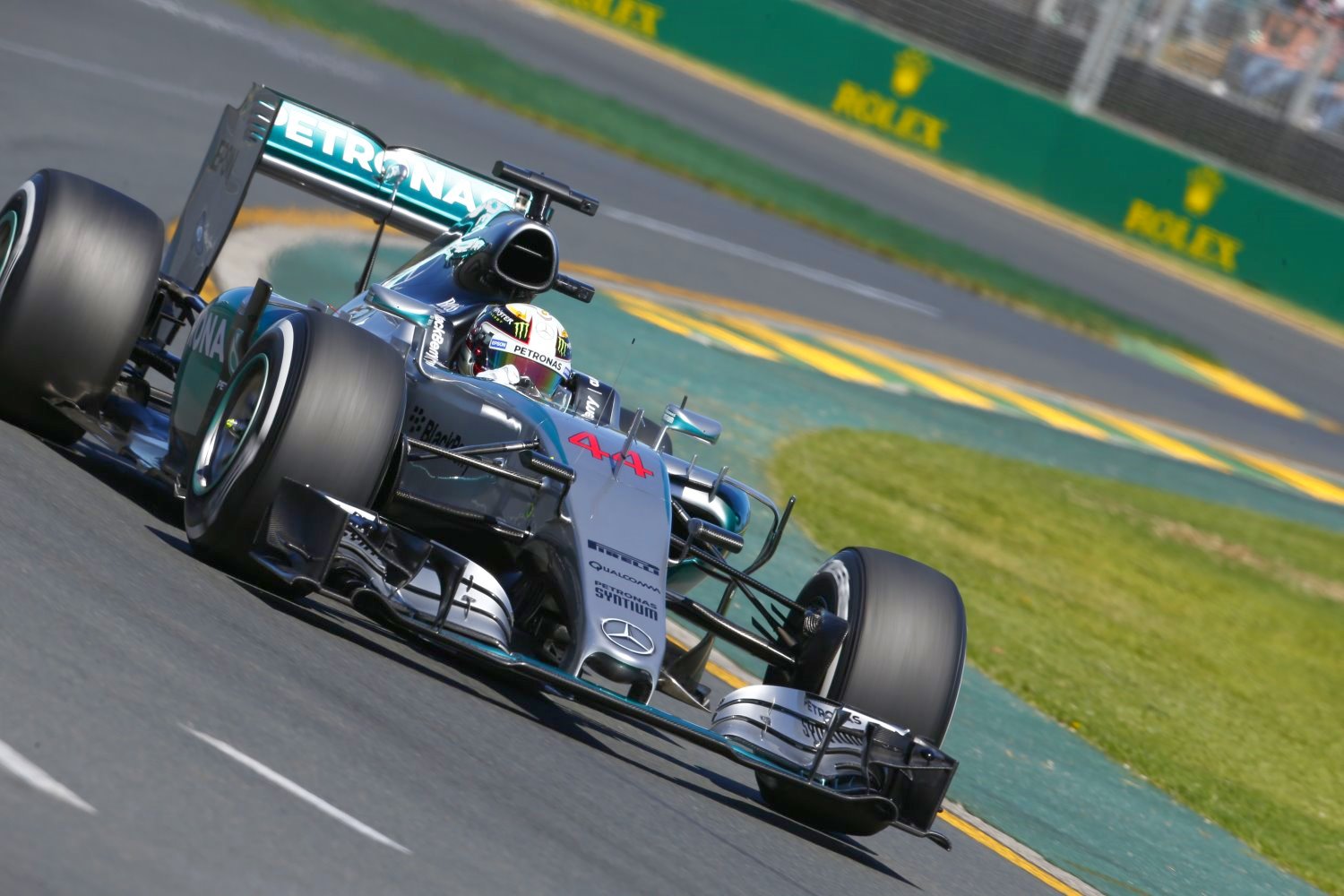 Australian GP winner Lewis Hamilton admits he still had plenty of pace in the tank in Melbourne but didn't really need to move up a gear to hold off Nico Rosberg.

The Mercedes driver made a brilliant getaway when the lights went out and he had a lead of about four seconds over his Mercedes teammate at one stage, but Rosberg kept chipping away and the gap stayed between one second and about 2.5s for most of the race.

Hamilton, though, says he had things under control and didn't see any reason to go all out.

"Once you get a two-second gap, you try to manage that. There's no need to eke out more," the double World Champion said. "When Nico turned up the heat, I was able to react to it. Otherwise, it was a phenomenal race for both of us.

"Nico drove very well and Sebastian [Vettel of Ferrari] must've done a great job to be where he is today."

Four-time World Champion Vettel claimed the final podium spot in his maiden race for Ferrari and the Italian team now appear to be Mercedes' biggest rivals.

"I've not seen the times and everything, but I think the Ferraris have taken a huge step forward," Hamilton said.

"Clearly they've made one of the biggest steps, so we definitely cannot back off because I'm sure and I anticipate we may have a good fight with them at some stage this year."