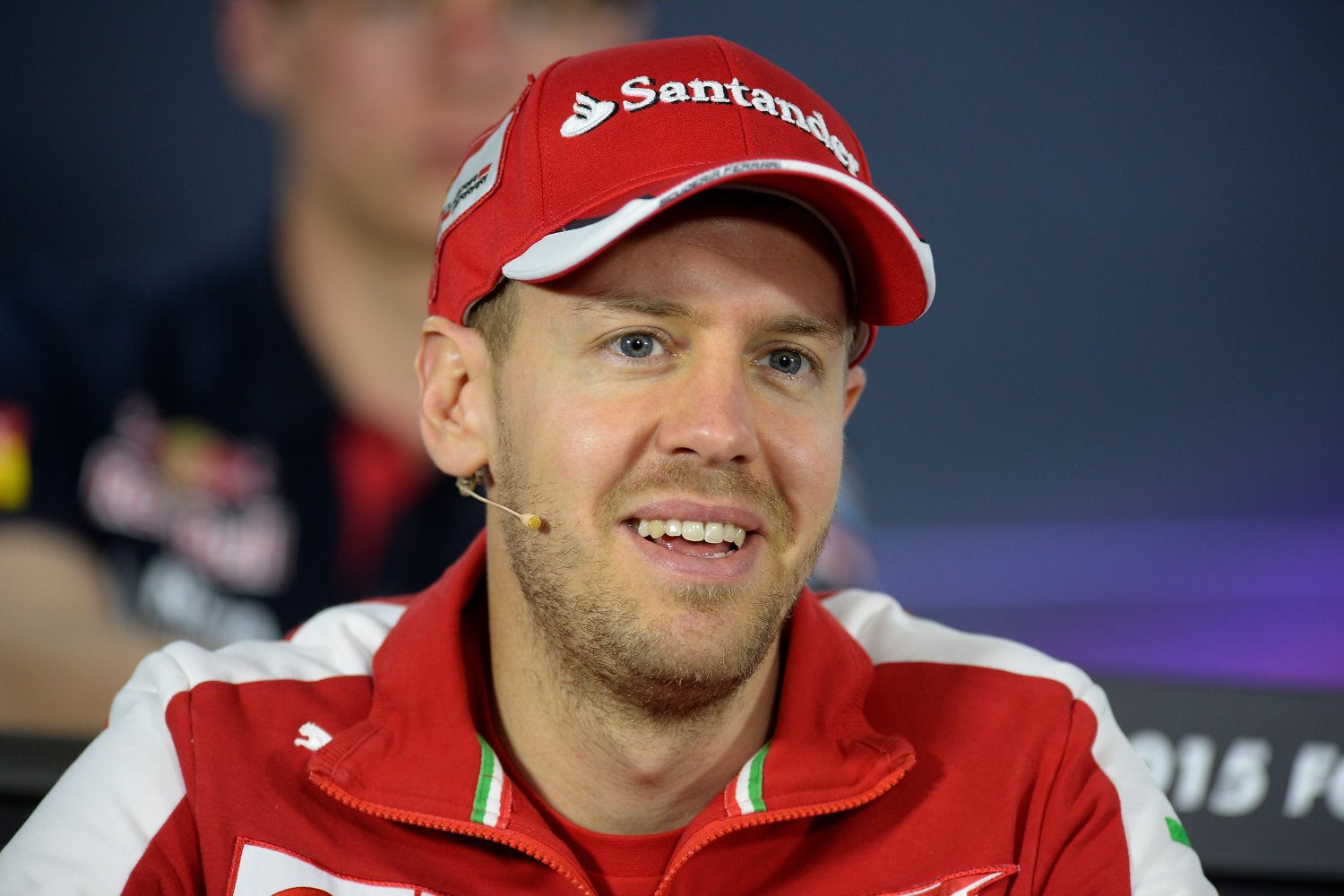 Sebastian Vettel poked fun at Nico Rosberg's suggestion he wants to see the field close up after Mercedes' dominant one-two at the Australian Grand Prix.

Australia confirmed Mercedes has carried over a huge advantage from 2014, with Vettel 34 seconds adrift of Lewis Hamilton and Nico Rosberg in third. In the post-race press conference Rosberg was asked for his opinion on the huge gap enjoyed by Mercedes.

"I hope we can have a good fight," he replied. "That would be awesome. I think the next couple of races we're going to be leading the way for sure, and we're going to try and keep it that way, but we know it would be good if they can come a bit closer, as long as they don't come too close…"

At that point, Vettel piped up from the other side of Lewis Hamilton. The exchange went as follows:

Vettel: "Be honest, do you really hope so!? [Laughs] Seriously? Seriously, they finished 30 seconds ahead of us and you hope that's it going to be closer. So you hope you slow down, is that what you're saying?"

Rosberg: "I hope you can give us a challenge because it's important for the sport and for the fans and I do think about the show. Half of me, or a part of me, thinks about the show because I want to give people a great time watching or on the track. So if you do come a bit closer, that would be awesome.

Vettel: "That's fine. My first suggestion, if you don't mind, could be that your garage becomes public for Malaysia and everyone can have a look. Is that what you're suggesting? No, I'm joking."

Rosberg: "You can come if you want. We can invite you."

Vettel: "Thank you for the invite, I'll come. Engineer's room? Debrief, I'll be there."

Rosberg looked far from amused with the comments from his fellow countryman and tried to get his own back later in the session when Vettel said it was disappointing to see his team-mate Kimi Raikkonen retire on lap 40.

On hearing that, Rosberg replied: "You find it a shame that your teammate didn't finish?"

Referring to Rosberg's frosty rivalry with Lewis Hamilton last year, Vettel laughed and replied: "I don't how much you like each other but Kimi and myself we get along! So I think it is a shame … At the moment where we are we want to make sure we catch you guys. To do that we need both of us so yes I honestly think so and I honestly didn't want to see the second car not finish today." ESPN F1