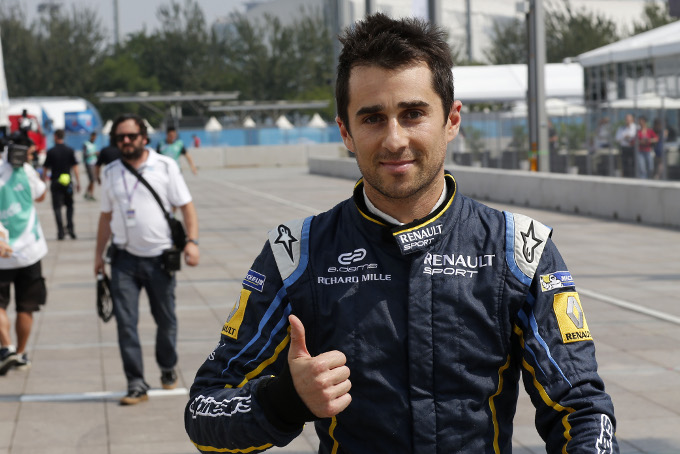 Nicolas Prost got by leader of Daniel Abt of Audi Sport ABT with three laps remaining in the Miami ePrix. From there, Prost held off a hard-charging Scott Speed to capture his first Formula E and the second for constructors' championship-leading e.dams-Renault, who won earlier this season at Punta del Este with Sebastien Buemi behind the wheel.

The win moved Prost into the series championship lead, as the Frenchman now has a 7-point edge of Lucas di Grassi. Di Grassi ran in the top-5 much of the race but slid at the end and finished ninth.

Speed, driving for Andretti Formula E and making his first series finished second. Abt was third.

Next up for Formula E will be the Long Beach ePrix Saturday April 4th.