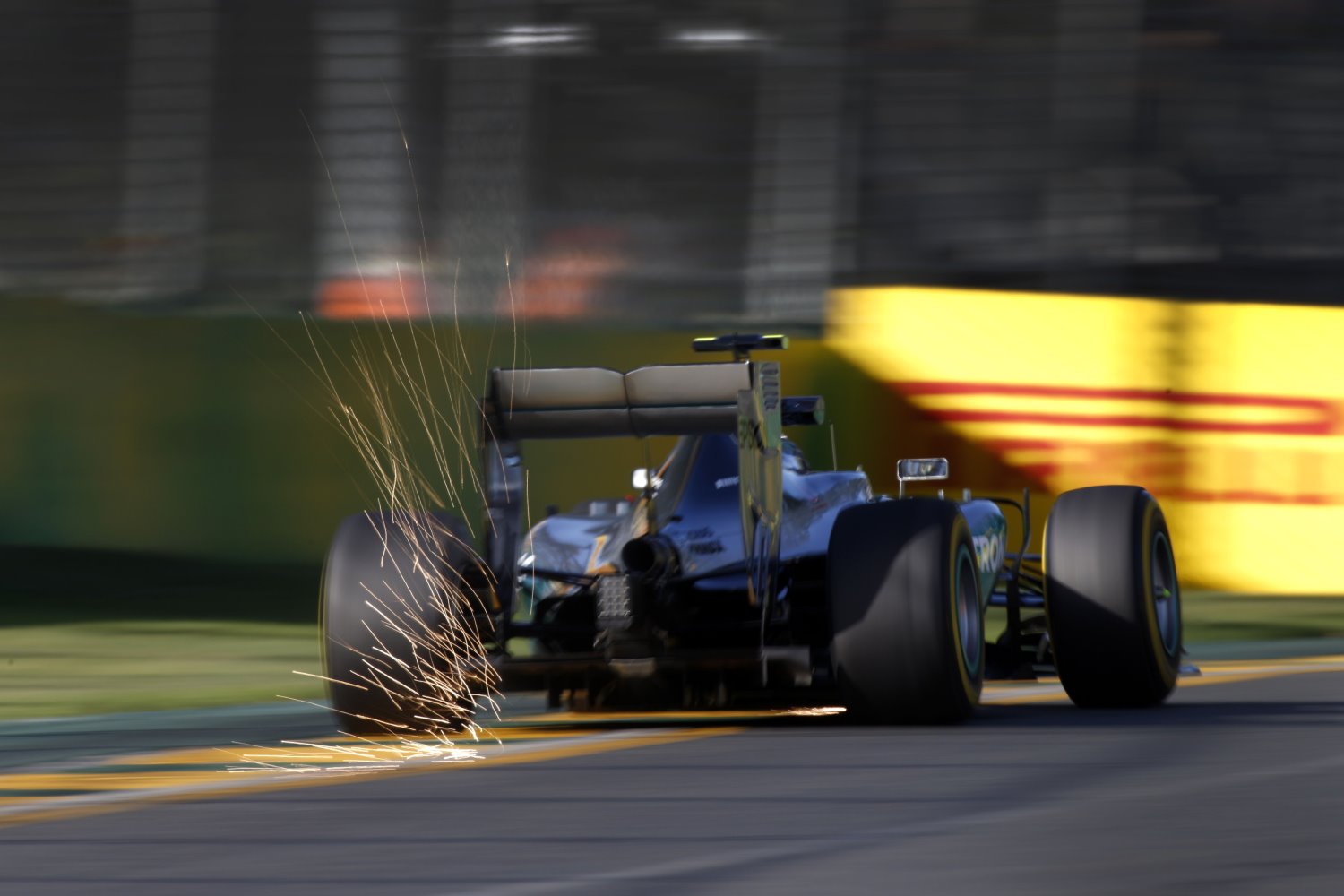 (GMM) The contrast between the two silver-colored teams in Melbourne could not be more stark.

At the front, the extent of Mercedes' continuing dominance became crystal clear on Saturday.

World champion Lewis Hamilton is not just six tenths ahead of Nico Rosberg on the front row, but a huge 1.4 seconds clear of Williams' Felipe Massa in third.

"They are in a different league," the Brazilian said.

Rosberg was disappointed to be so far behind his teammate, but he is at the wheel of perhaps one of the most dominant cars in F1 history.

"Lewis did an awesome job," he said. "It's not a great start for me but the team have given me a great car to work with."

On the pitwall, boss chief Toto Wolff could no longer argue that rivals like Williams, Ferrari and the now clearly-struggling Red Bull are nipping at Mercedes' heels.

"At the moment we have a really solid lead," he admitted.

'Solid', however, is not the right word to describe Mercedes' lead over the new McLaren-Honda MP4-30.

For the first time in three decades, both McLarens are dead last on a grid on merit, and the gap to Mercedes is in the order of six seconds per lap.

McLaren was putting a brave face on the disastrous outcome.

"It was never going to be super-competitive here," said Jenson Button, who insisted he is not "surprised". "It wasn't even going to be competitive, but there's a good feeling about the car, even though we are so far off."

Some experts are estimating the six second gap to Mercedes at something like 250 horse power for Honda, as the Japanese manufacturer returns to F1.