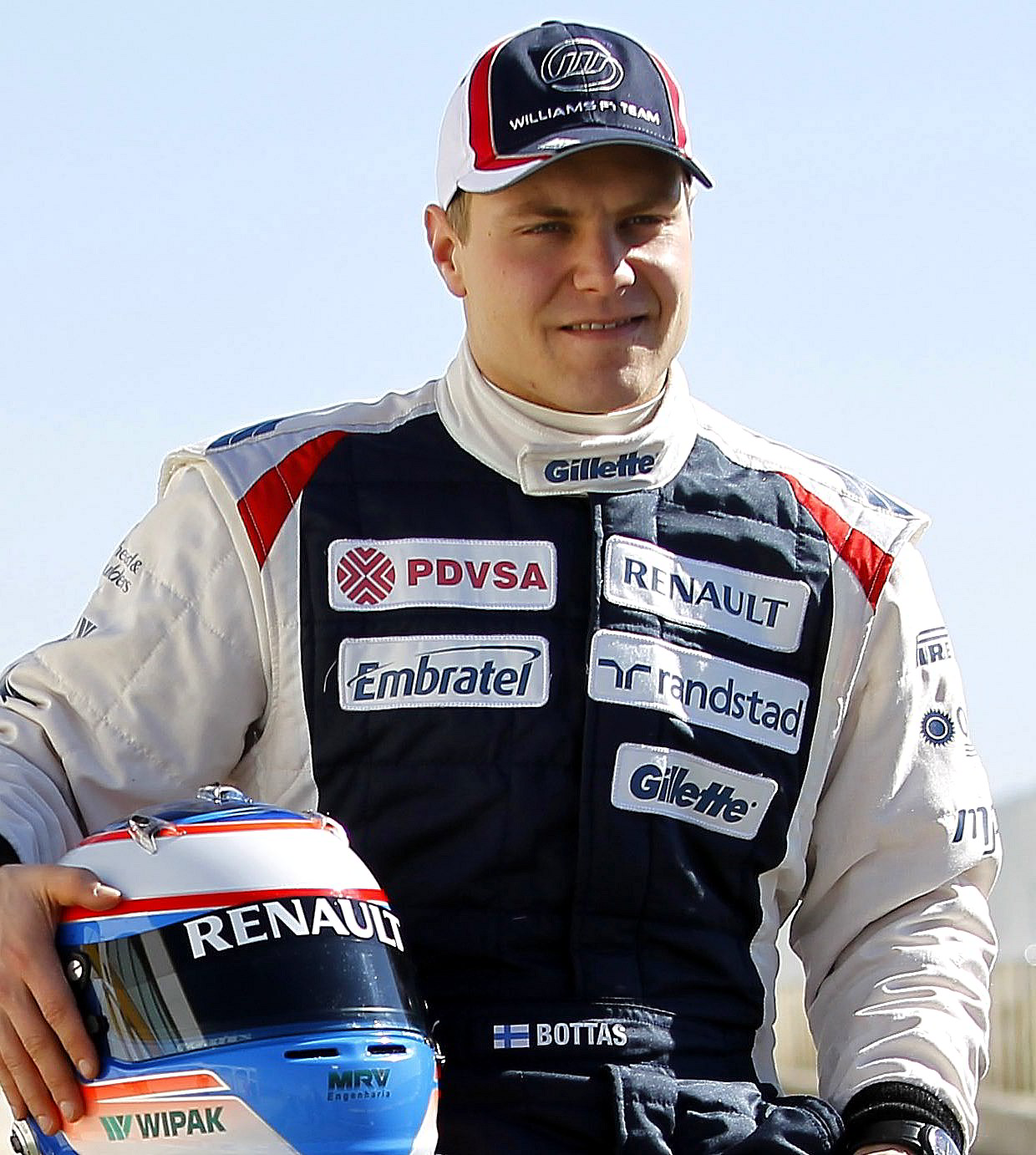 The warring parties were back at court on the morning of practice and qualifying in Melbourne, but the Dutch driver's lawyer said a settlement has been reached.

"I've very glad to see a settlement," the judge confirmed.

Some in the paddock sensed the hand of F1 supremo Bernie Ecclestone, even though the 84-year-old remains in London.

"The negative headlines have significantly tarnished the start of the new season," said the major German newspaper Bild.

Sauber's image has also taken a beating amid the saga.

"I know the people there, I know how they work. Giedo is only asking for what he was promised," he was quoted by Welt newspaper.

The Swiss team, whose chief Monisha Kaltenborn was earlier facing jail over contempt of court, said "constructive talks" with van der Garde's management will now take place away from court.

Van der Garde said he had decided to settle "with respect to the interest of motor sport, and F1 in particular".

"My management will continue talks with Sauber early next week to find a mutually acceptable solution for the current situation that has now arisen," he added.

It is believed that could involve van der Garde pressing his case to race in Malaysia in two weeks, and beyond.

Indeed, the local Melbourne court confirmed that despite the settlement, the judgments in Switzerland and in Australia that van der Garde's 2015 contract can be enforced "still stand".

Earlier, van der Garde defended his stance on the basis he just wants to race.

"I want to show how fast I am in the car and what I can do," he told Dutch radio 3FM.

Just weeks out of administration, the former Marussia team has been unable to even start its customer Ferrari engines in Melbourne so far.

Will Stevens and Roberto Merhi missed yet another practice session on Saturday.

"The team is doing everything possible to get us out on track," Spaniard Merhi told the Spanish daily AS, "but we cannot say with certainty that we will be able to qualify."

He said Manor mechanics worked "all night" on its issues, contradicting speculation the real problem is an unpaid bill to Ferrari.

Ferrari chief Maurizio Arrivabene said on Friday that he has warned Manor that, after losing out on the last engine deal, "No money, no honey".

But he added: "We are doing our job now to support them, also because they showed to us they stick to what is agreed in the (new) contract and they are serious about the project."

Bernie Ecclestone, looking on from a distance in London, admitted he is not sure that is true, telling The Independent newspaper "I don't know whether they have got the money to race".

But according to F1 business journalist Christian Sylt, Ecclestone said Manor travelled to Australia because it has sat out the maximum of three races already.

"They can miss three races per contract," said the F1 chief executive, "so they would be history if they miss any more."

Whether Manor will actually race in Melbourne on Sunday, however, is another story.

"I hope to at least be in the race," said Merhi in Australia. "I don't know how flexible the FIA will be with us."

So the fact Alonso could now miss Malaysia will ramp up already widespread speculation about the mysterious incident.

What is clear is that the 33-year-old is obviously feeling fit and well, as he has confirmed his return to physical training, including gym work, swimming and running in Dubai, where he lives.

And as the F1 circus runs around Albert Park, Alonso posted to YouTube a video showing that his mind is once again razor sharp, as he works on a reaction-time machine.

McLaren insists nothing failed on Alonso's MP4-30 in Barcelona, but the British team also says its star driver has passed every medical test since the crash.

So, team boss Eric Boullier on Friday caused brows to furrow when, pressed for information about Alonso's medical situation, he said that is "personal".

"Nobody has access to the medical files except the doctors," said the Frenchman.

He told France's RMC Sport that Alonso will undergo more medical exams next week, but the final call will be down to the Spaniard and the "FIA doctors".

Boullier also admitted: "We still don't know all the causes of the accident. We do know that he is well and that the car is fine.

"There are no problems on the car but there are still some grey areas to clarify."

Unlike the sport's 2014 suppliers Mercedes, Renault and Ferrari, the Japanese marque had to 'freeze' the specification of its power unit two weeks ago.

The other engine makers can deploy 32 performance 'tokens' to improve their engines throughout the season.

McLaren's new works supplier Honda, on the other hand, will get only the average amount of tokens left over by its engine rivals at the time of the Australian grand prix.

International media sources now report that the precise token number for Honda is 9.

Speed Week said the number was calculated on the basis that Mercedes has 7 tokens left, Ferrari 10 and Renault 12.

The average figure of 9.66 was then rounded down.

It is good news for McLaren's struggling works partner, with Jenson Button defending Honda for being so aggressive with the design of its 2015 power unit.

"It needed to be aggressive," he said in Melbourne, "to challenge Mercedes."

The token news is also promising for Renault, Red Bull's under-fireworks supplier, who now have the most leeway of any manufacturer to speed up in 2015.

Red Bull was highly critical of Renault after Friday, when Daniel Ricciardo's precious allocation of just 4 engines for the entire season dwindled to 3 after just a single day of practice in 2015.

"This is obviously not ok," said the Briton.

In other 'token' news, Italy's La Gazzetta dello Sport reports that once a driver has used one of his engines in 2015, it cannot be subsequently 'updated' for performance once the team decides to trade in some of its tokens.

"Ferrari," the newspaper claimed, "plans to introduce an 'Evo1' engine at the Spanish grand prix and 'Evo2' after mid-season, for the final races of the season."

Famous dads support sons in Toro Rosso pits
(GMM) The proudest dads in Australia were in the Toro Rosso garage on Saturday.

52-year-old Carlos Sainz, a world rally legend, was arguably proudest, after his son and namesake out-qualified the sister car on debut.

But he was also arguably the most nervous.

"When you drive yourself," he told German television RTL, "you have everything under control. Here I can only watch.

"I prefer when I'm driving myself," Sainz snr added.

Also in the Albert Park garage this weekend is Jos Verstappen, whose personal best laptime around the Melbourne layout has already been bettered by his high-profile 17-year-old son Max.

The Dutch former Arrows and Minardi driver said: "We are very satisfied. He is completely relaxed.

"Of course it is his first race, but he is calm," added Verstappen, 43.

"We discuss everything together, but I need to give him a bit of space, which is new for me. It's not a problem," he added.

Bottas hurts back in Melbourne qualifying
(GMM) A limping Valtteri Bottas ended qualifying with a sore back.

The 25-year-old Finn, who qualified three places behind his Williams teammate Felipe Massa in Melbourne, was seen limping in the paddock after the decisive session on Saturday evening.

"Valtteri was suffering with his back," the official Australian grand prix Twitter account quoted Williams engineer Rob Smedley as saying.

"Don't know what it is," Smedley added, "whether he's jarred his back or something."

Massa: Mercedes is a different class
Felipe Massa believes Mercedes is "in a different category" to the rest of the Formula 1 grid after the reigning champion team dominated qualifying for the Australian Grand Prix.

"It's not great to see this difference but we keep working, we keep fighting and I hope that we can get as close as we can," said Massa after qualifying.

"They are in a different category to the others. We are working to try to bring as many upgrades as possible – this is definitely just the start.

"We need to try and repeat the development that we did last year, but even more intense."

"The fight is really tough with Ferrari," he said. "It won't be easy – definitely the race is against Ferrari.

"They are really strong, they made a big step forward compared to last year.

"I'm sure tomorrow we need to be a bit more worried about Ferrari, but we need to keep our eyes open for the others.

"Red Bull is not really there at the moment, but I'm sure they will get there and be strong.

"The rules are similar to last year and they finished ahead of us so they are going to come."