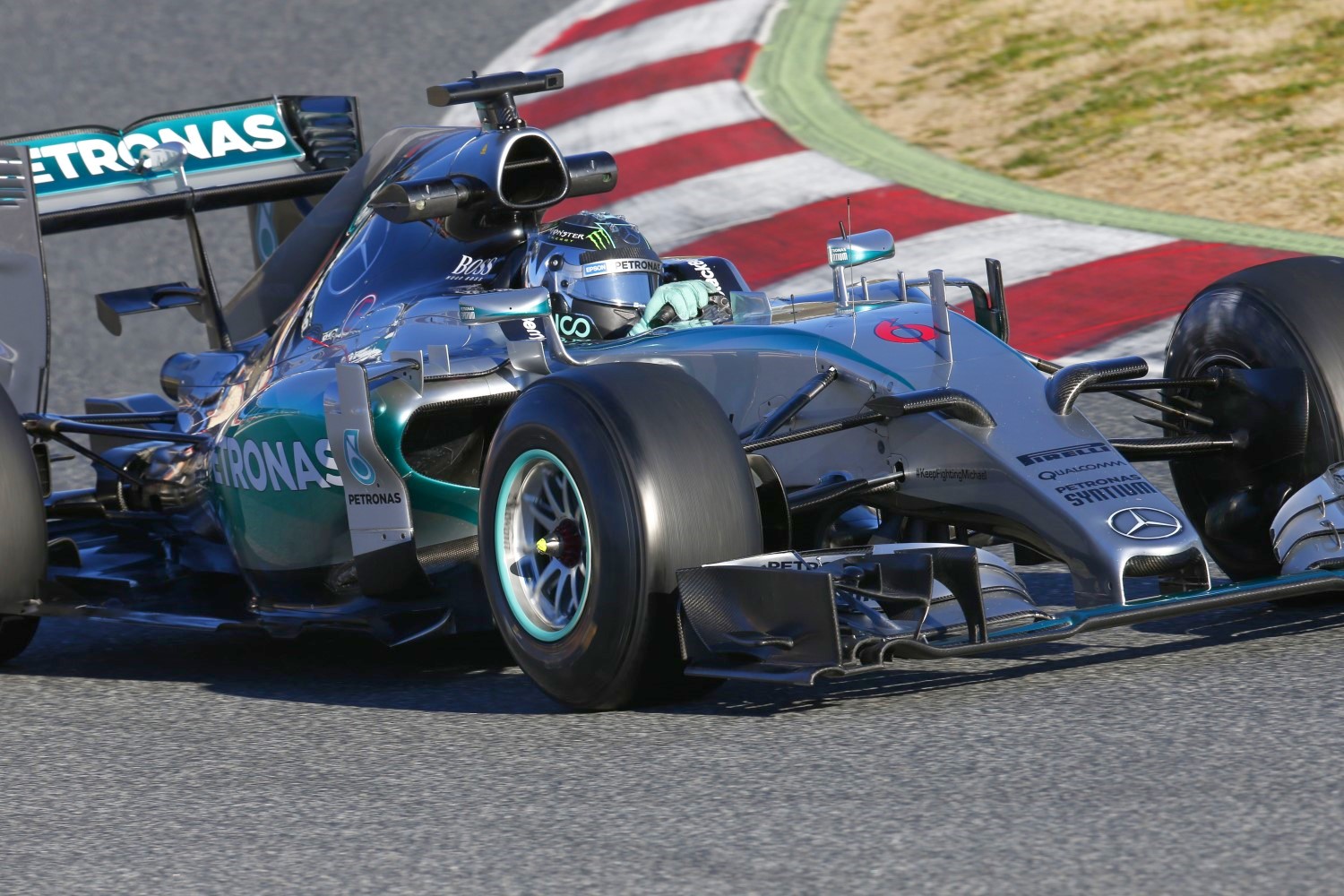 Continuing their boring 1-2 parade of 2014, Mercedes driver Nico Rosberg edged teammate Lewis Hamilton to top the first free practice session of the new Formula 1 season by just 0.029 sec. because the car is 99.99% of the equation in F1 so both drivers should run almost identical lap times.

Rosberg's best lap of 1m29.557s fell less than two tenths shy of the fastest lap of the entire weekend at last year's Albert Park race, indicating the progress the teams and Pirelli have made over the winter.

Hamilton turned his fast lap of 1m29.586s to end up 2nd after not trying very hard early.

No one else could get within a second of the Mercedes duo, but another Mercedes powered car – the Williams of Valtteri Bottas – was 1.191s slower than Rosberg to finish the session third fastest.

Vettel completed 13 laps in his SF15-T with a best of 1.31.029, while Ferrari teammate Raikkonen did 14, the fastest being a 1.31.310. Both drivers used the Medium tires, working on a program featuring aero testing and set-up work to suit the car to the semi-permanent Albert Park circuit, which was still too dirty for any more in depth work.

Sauber and Manor did not run