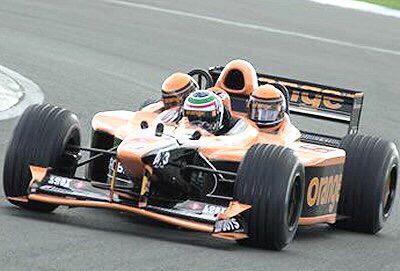 UPDATE #2 Remember there are FOUR drivers not THREE drivers signed to race for Sauber this year. The other driver is Adrian Sutil, who is less vocal but just as frustrated. Adrian hasn't been paid from last year and is contracted to race this year. We hear that is happening in Australia with Guido, is providing more content from Adrian’s legal proceeding against Sauber in the future.

03/11/15 The following solution to the Sauber 3-driver dilemma has been proposed:

03/10/15 Giedo van der Garde has won his case against Sauber in an Australian court. He is thus according to the court, legally bound to drive for Sauber in this weekend's Australian Grand Prix.

Of course, Sauber has Marcus Ericsson and Felipe Nasr slated to drive. So, who knows where exactly this goes in the coming days. Stay tuned to AutoRacing1 for the latest updates.