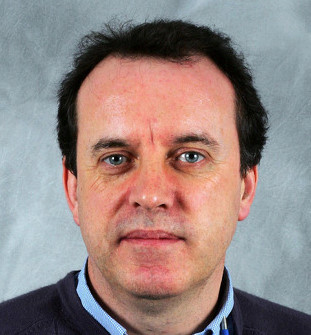 (GMM) Familiar faces are beginning to line up at the 2016 entrant Haas.

"He (Agathangelou) and Taylor have already made a 60 per cent wind tunnel model" of the Ferrari-powered 2015 car, correspondent Michael Schmidt wrote.

The report added that the 2016 Haas car is based on this year's Ferrari, and will be entirely wind tunnel-tested at Maranello.

"Although we have come a long way," said Steiner, "there is still a long way to go to the first grand prix in 2016.

"Our technical partnership with Ferrari is helping us build the car and the team. It is a new and different way to be in formula one," he added.

Haas F1 Team is on schedule to make its debut in the FIA Formula 1 World Championship in 2016, becoming the first American-led Formula One team in 30 years.

Getting a start-up team to the grid is a massive logistical and technical undertaking, but under the leadership of team principal Guenther Steiner, Haas F1 Team has many vital pieces already in place despite the 2016 season being a year away.

Augmenting Haas F1 Team’s United States home in Kannapolis, North Carolina, is the recent purchase of a facility in Banbury, Oxfordshire, U.K. The 3.655 square-meter (39,350 square-foot) building will serve as Haas F1 Team’s European base, allowing for easier and quicker access to the team’s overseas suppliers and streamlined logistics for when the team travels to Formula One venues in Europe.

Construction of the team’s equipment, from transporters to the pit apparatus to garage setup, is well underway. Upon completion, all will be housed at Haas F1 Team’s Banbury location.

O’Neill came to Haas F1 Team from Marussia F1 Team, joining what was originally Manor GP in 2009. O’Neill’s experience is quite valuable to Haas F1 Team, for his task upon joining Manor was to set up a Formula One team in six months. Recruitment of personnel, the purchase of equipment and infrastructure, oversight of car design and supplier selection were just a few of O’Neill’s many duties. O’Neill was the team manager for Jordan Grand Prix from 1998 through 2005 before joining A1GP, a racing series promoted as the “World Cup of Motorsport". As the chief technical coordinator for A1GP, O’Neill set up the series and track testing of cars. During this time, he also served in the role of team manager for A1GP’s Team Ireland, winning the A1GP championship in the series’ fourth season (2008-2009).

Taylor also joined Haas F1 Team from Marussia, where he held the post of deputy chief designer. Prior to Marussia, Taylor was the senior design team leader at McLaren from April 2006 through December 2010. Before McLaren, Taylor was head of vehicle design for Red Bull Racing, Toro Rosso and Jaguar beginning in 2002. Senior design roles at Arrows (1997-2002) and Scuderia Ferrari (1992-1997) were achieved after stints at Cosworth (1987-1989) and Benetton (1989-1992). Taylor’s role with Haas F1 Team marks his 28th year in Formula One, a tenure that has provided a range of experience in all disciplines of Formula One design.

Agathangelou paired with Haas F1 Team from Scuderia Ferrari where he managed the upgrade of the team’s wind tunnel and testing systems in Maranello, Italy, in March 2012. Prior to that, Agathangelou was with Dallara, serving as an engineering consultant for a number of projects the Italian racecar manufacturer had dating back to 2009, which included the technical lead for the Campos F1 project, 2012 technical upgrades for GP2 and the World Series Renault, design and development of the DW12 IndyCar chassis, and management of the Alfa Romeo 4C “low cost" sports road car project. Agathangelou has a wealth of Formula One experience, for he was the head of aerodynamics for Jaguar and later Red Bull Racing from 2002 through 2007. Agathangelou held the same role with Renault F1/Benetton from September 1999 to March 2002. Agathangelou began his Formula One career in 1994 with McLaren as an aerodynamics analyst, moved to Tyrrell in August 1997 as senior aerodynamicist and then joined Honda Racing Development in April 1998 as chief aerodynamicist to prepare Honda’s 2000 Formula One entry.

“While there is still a lot of work to do, a lot has already been accomplished for Haas F1 Team to be competitive when we join the F1 grid in 2016," said Steiner, a Formula One veteran who was originally recruited by three-time Formula One champion Niki Lauda to join Jaguar in 2001 as the team’s managing director. “Our technical partnership with Ferrari has allowed us to develop our car and our people at an exceptional pace. The way we’re going about our F1 team is new and different, but it’s working. We’re committed to our plan, we’re committed to F1 and, most importantly, we’re on schedule. This time next year, our cars will have already been tested and we’ll be readying them for Melbourne."

Stewart-Haas Racing is co-owned by Haas and Tony Stewart. The organization won the Sprint Cup championship in 2014 with driver Kevin Harvick to earn the team’s second championship in four years. Driver-owner Stewart won the team’s first Sprint Cup title in 2011. Stewart-Haas Racing fields four entries – the No. 14 Bass Pro Shops/Mobil 1 Chevrolet for Stewart, the No. 10 GoDaddy Chevrolet for Danica Patrick, the No. 4 Budweiser/Jimmy John’s Chevrolet for Harvick and the No. 41 Haas Automation Chevrolet for Kurt Busch. The team operates out of an 18.581 square-meter (200,000 square-foot) facility with approximately 280 employees.