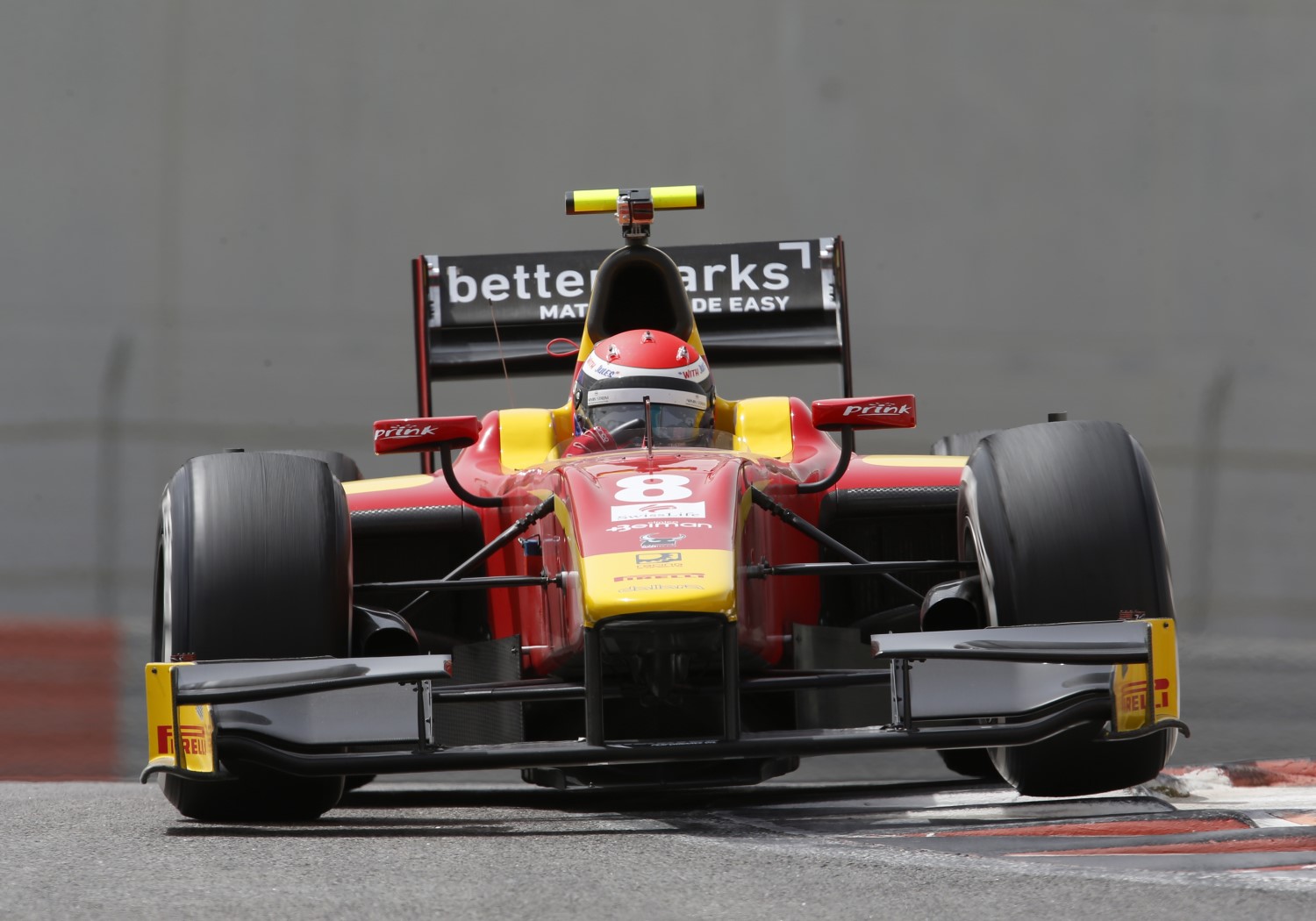 The 2015 GP2 Series pre-season tests got underway today at the Yas Marina Circuit. Day one of the three day test saw all twenty-six drivers eager to try out the brand new DRS on their cars. When the pitlane went green, Alexander Rossi was the first man out soon followed by the rest of the field for their installation laps on a dirty track and in windy conditions.

The first two hours were studious with teams focusing on aero testing. With one hour left on the clock, the session was suspended for thirty minutes for software adjustments. When it resumed, Jordan King went quickest, but his time was bettered first by Rene Binder and then by Rossi.

In the closing stages, the session was red flagged after Stockinger stopped on track at Turn 5. With eight minutes left on the clock, the track went live again and the cars enjoyed a cleaner track with Rossi topping the timesheet at the checkered flag with a laptime of 1:50.845 ahead of DAMS’ pair Pierre Gasly and Alex Lynn.

In the afternoon, Zoel Amberg fed onto the track first, but it was Stoffel Vandoorne who topped the timesheets in the first hour, dipping under 1m50s. Gasly went quicker in a 1:49.760 – 3 hundredths better than the Belgian driver. Halfway through the session, Mitch Evans found some extra pace to clock the circuit in 1:49.598. Rio Haryanto also improved, moving up to P2, but he remained 2 tenths slower than the New Zealander.

There was a red flag period in the final hour after Julian Leal stopped at turn 17. The proceedings resumed with 30 minutes left on the clock. King went top ahead of Sergey Sirotkin, but Gasly went even quicker to snatch P1 with ten minutes remaining with a laptime of 1:49.089. Arthur Pic broke into the 1m48s, but so did Gasly who remained top ahead of the Campos man with a laptime of 1:48.897.

At the checkered flag, Gasly and Pic were P1 and P2 ahead of Trident’s duo of Raffaele Marciello and Binder who moved up to third and fourth respectively in the dying minutes. Sirotkin finished fifth ahead of Evans, Haryanto, Rossi and Lynn.