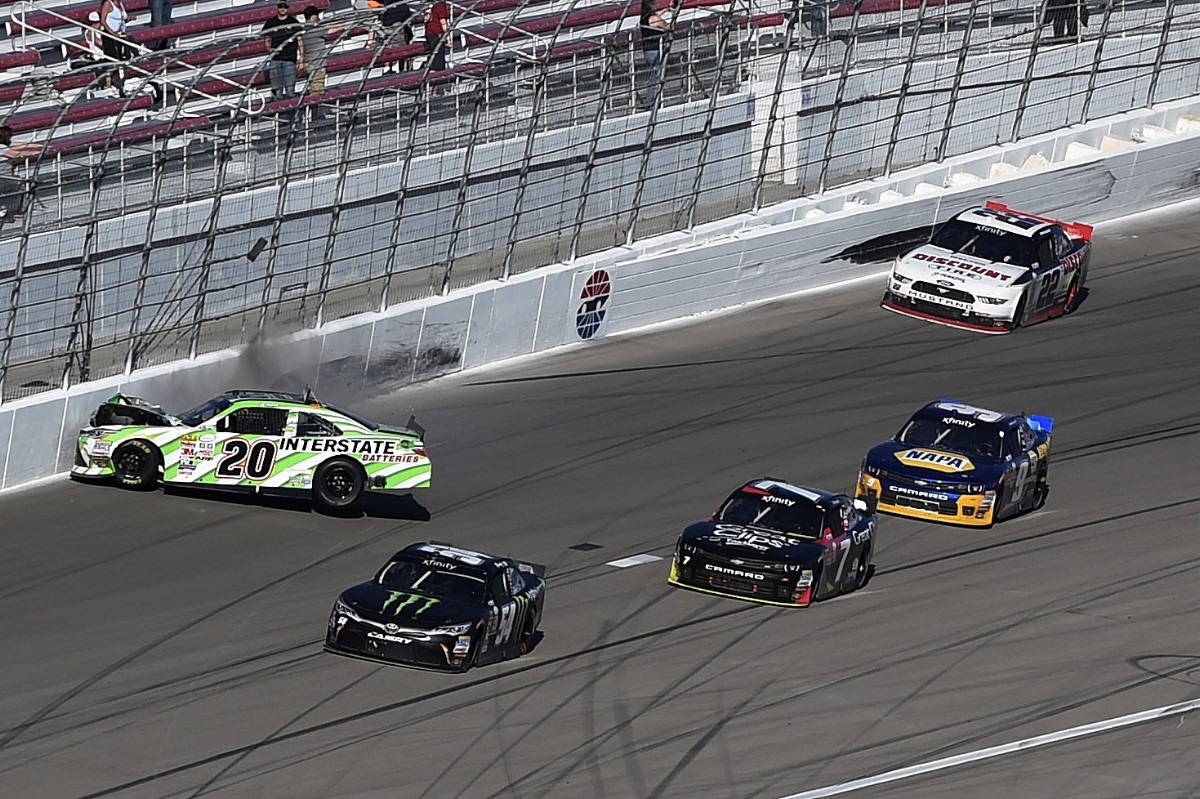 For the third week in a row, a NASCAR race car went headfirst into a concrete wall unprotected by a SAFER barrier, though this time the driver was uninjured. On a Lap 173 restart during Saturday's Boyd Gaming 300 NASCAR XFINITY Series race at Las Vegas Motor Speedway, Ryan Blaney got loose on the bottom lane, his Team Penske Ford drifting up into the Joe Gibbs Racing Toyota of Erik Jones. After the contact, Jones lost control of his car, which first swung left and then turned back to the right, where it went hard headfirst into a concrete wall. Jones was able to get under the car on his own and appeared uninjured.

Last week, Jeff Gordon crashed headfirst into a concrete infield wall at Atlanta Motor Speedway after being hit by Jamie McMurray and turned down the track. During the same incident, Denny Hamlin hit a section of the outside wall that had no SAFER barrier. In the season-opening XFINITIY race at Daytona International Speedway last month, JGR driver Kyle Busch suffered a compound fracture of the lower-right leg and a mid-foot fracture of his left foot when his car hit an unprotected infield wall. Numerous tracks have begun programs to improve safety, either by adding more SAFER barriers, tire walls and other enhancements. Gordon has a meeting with NASCAR next week to discuss safety. FoxSports