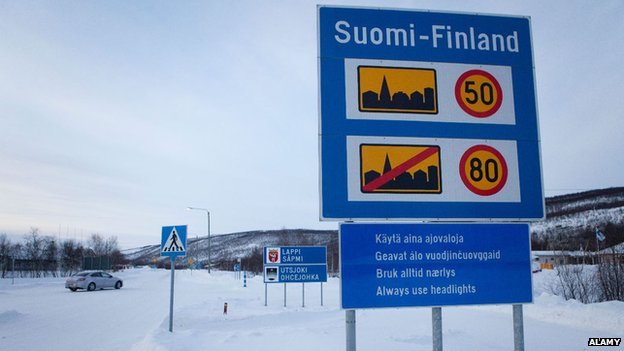 Finland's speeding fines are linked to income, with penalties calculated on daily earnings, meaning high earners get hit with bigger penalties for breaking the law. So, when businessman Reima Kuisla was caught doing 103km/h (64mph) in an area where the speed limit is 80km/h (50mph), authorities turned to his 2013 tax return, the Iltalehti newspaper reports.

He earned 6.5m euros (Â£4.72m) that year, so was told to hand over 54,000 euros. The scale of the fine hasn't gone down well with Mr. Kuisla. "Ten years ago I wouldn't have believed that I would seriously consider moving abroad," he says on his Facebook page. "Finland is impossible to live in for certain kinds of people who have high incomes and wealth."

There's little sympathy from his fellow Finns on social media. "If you follow the rules you won't have to pay fines," says one user commenting on the Iltalehti website. "He should stop complaining and hang his head in shame instead". Another person says: "Small fines won't deter the rich – fines have to 'bite' everyone the same way." But some say the system isn't fair, and punishes the rich in society.

Mr. Kuisla might be grateful he doesn't earn more. In 2002, an executive at Nokia was slapped with a 116,000-euro fine for speeding on his Harley Davidson motorbike. His penalty was based on a salary of 14m euros. BBC News