UPDATE Added video of the event from our AutoRacing1 YouTube channel.

03/06/15 The Indianapolis Motor Speedway unveiled an image of the 2015 Indianapolis 500 ticket at the 500 Festival Corporate Members Event at the Eugene and Marilyn Glick Indiana History Center on Thursday, March 5, in downtown Indianapolis.

Ryan Hunter-Reay of Andretti Autosport was featured on the ticket as the defending champion and scheduled to attend but had a special excuse in staying home in Florida – his second son was born on Thursday morning.

"I think we have a good excuse here (to miss the unveil). I’m sure you’ll be seeing him at the racetrack, we already have his DHL firesuit on order."

"I can’t wait to see how the ticket comes out. It’s been an awesome ride being Indy 500 champion."

The 99th Running of the Indianapolis 500 is scheduled for Sunday, May 24.

Ryan Hunter-Reay posted an Instagram image Thursday afternoon holding the newborn. Both mom Beccy and the baby are doing well, he wrote. 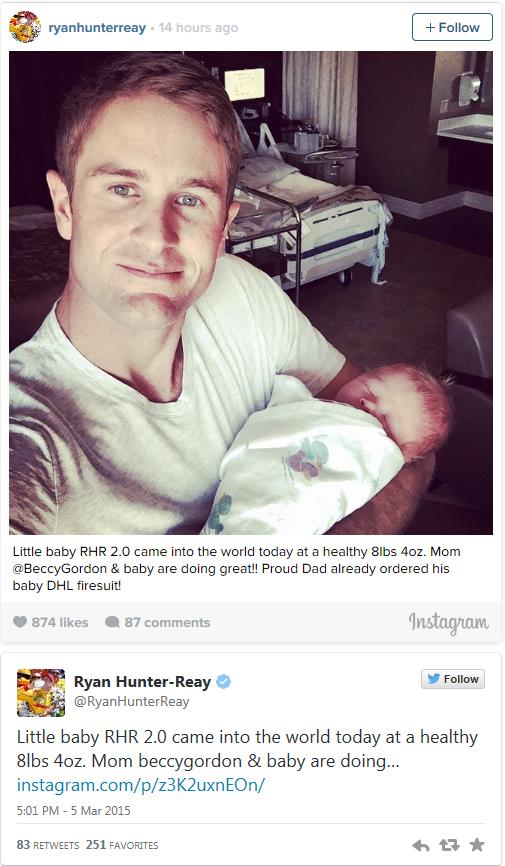