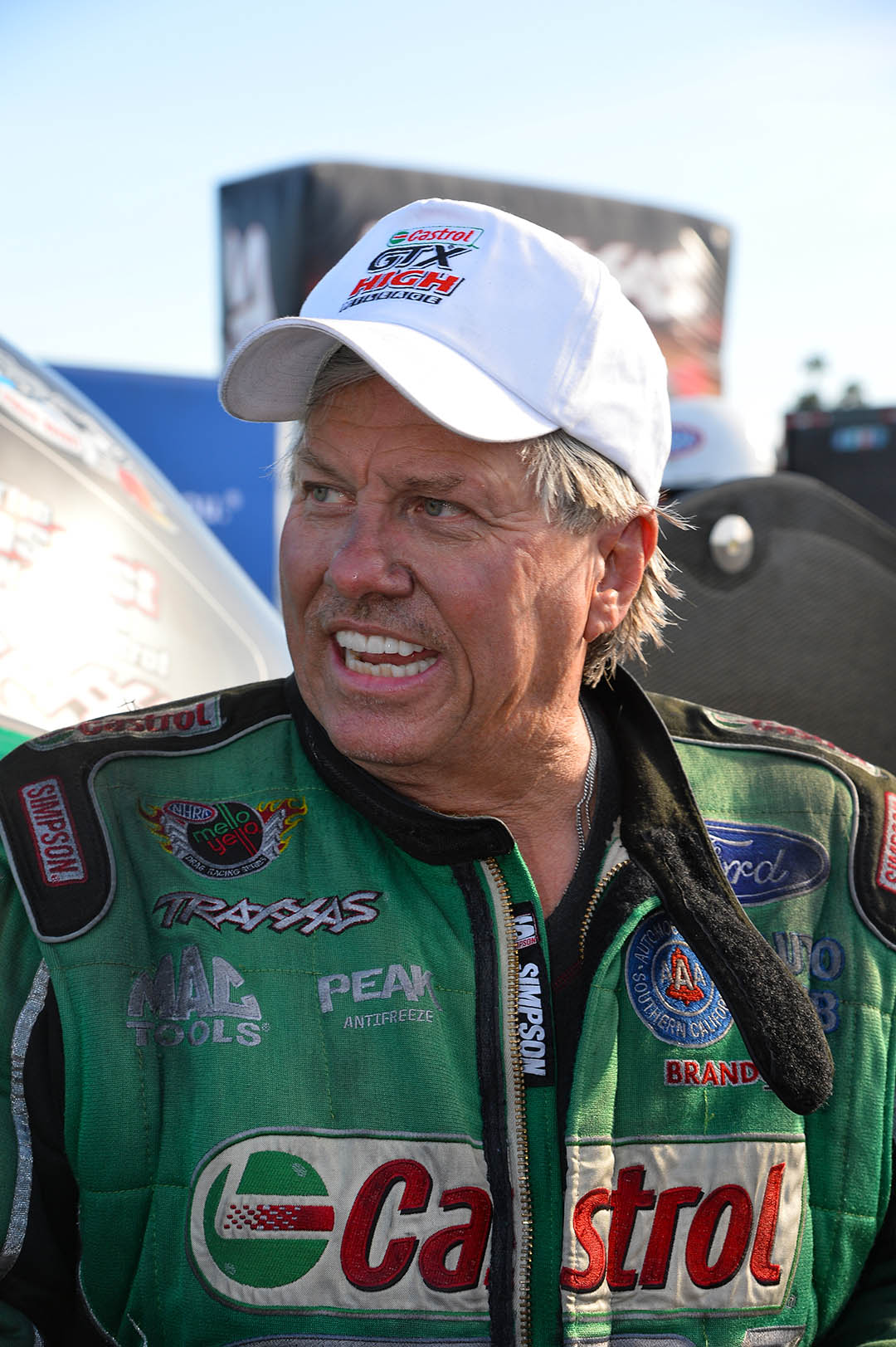 He's anything but your typical mom-and-pop store proprietor, but John Force now shares a common bond with many of them.

Drag racing's most successful driver has been fighting to save his family business.

Force's team, which includes daughters Ashley, Courtney and Brittany and son-in-law Robert Hight, was thrust into financial peril with the loss of two multi-million dollar corporate sponsors after last season. Castrol ended its 29-year sponsorship, and Ford drove away after 17 years with him. Those decisions, which seemed to hit Force with the head-spinning speed of a 300-mph run, wiped out over half his income.

"I thought I'd have people falling out of the sky wanting to sponsor me," said Force, with an NHRA record 141 Funny Car wins, 16 championships and a publicity generating over-the-top personality.

Prospective corporate replacements were blunt: "You're asking (for) too much money," Force recently told azcentral sports while testing at Wild Horse Pass Motorsports Park in preparation for this weekend's Carquest Auto Parts Nationals. "They said, 'Cut it 25 percent.' I still couldn't sell it. No matter who you are, or how good you are, it's about budgets."

Force reduced his $8 million payroll by almost $2.5 million. About 15 employees left (he still has 100), including his crew chief Jimmy Prock and assistant John Medlen, whose son, Eric, died eight years ago after a testing accident in a Force car. Force began selling parts to his rivals and repairing cracked engine blocks instead of always buying new ones. He took personal funds out of the stock market to help pay the bills and hire marketing agencies.

Peak antifreeze agreed to back Force for more than half of this season's 24 Mello Yello Series events. Lucas Oil became an associate sponsor. A new manufacturer alliance with Chevrolet was signed just before Christmas so Force's existing Mustang bodies were hastily modified to more resemble a Camaro — developing a new body can take a year. Some competitors and fans complained, but NHRA officials and Force said everything was done within the rules.

He's optimistic a sponsor for Brittany's Top Fuel car will be announced next month. But Force said, "I'm not funded to where I used to be. I don't think, in my lifetime, I will get there again because of the economy."

Hight, the 2009 Funny Car champion, has a five-year Auto Club sponsorship. He advanced to the semifinals in the season opener two weeks ago in Pomona, Calif., best of the Force drivers.

"We have to take a step back, reorganize, without affecting winning," he said.

Courtney Force, with four victories last season and a two-year commitment from Traxxas, was Pomona's quickest qualifier. She says the stress on her father, 65, had her "worried. It definitely can't be good for him."

Ashley Force Hood, who stopped racing five years ago to have two children, remembers 2007 as the family's worst year. Eric Medlen was killed and her father suffered serious leg injuries in a crash.

"That was different, that was grieving," she said. "The driving stress is the fun stress for him. This kind of stuff, the business, is a lot of pressure to put on one person.

"We've been, 'Dad, you've got to relax. We don't want you keeling over trying to keep these teams running and all these crews with their families, their jobs, going.'

"It actually motivated him. We didn't want these things to happen, but sometimes you need that kick in the butt where you say, 'OK, let's go do this.'"

John Force offers a simple reason why he must keep the doors of the family business open.