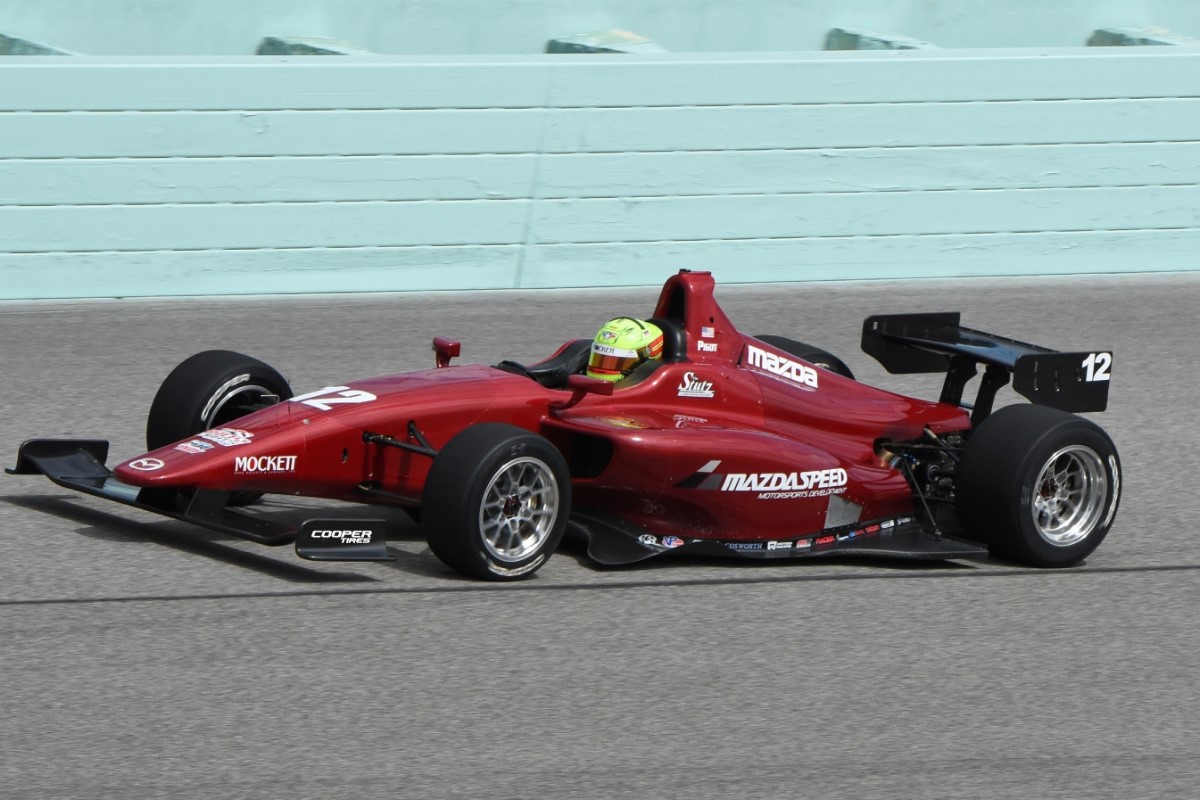 The first official Indy Lights Presented by Cooper Tires oval test concluded yesterday to rave reviews on the 1.485-mile Homestead-Miami Speedway circuit. Eleven drivers combined for a total of 1200 incident-free laps aboard the new Mazda-powered Dallara IL-15 as teams worked on initial setups in preparation for three oval races on the 2015 schedule. Despite three oval racing novices, the field was covered by just nine-tenths of a second.

"It was a good oval test day; all were pretty well behaved," noted Tony Cotman, Indy Lights Race Director and Dallara IL-15 project manager. "I'm sure there are a few surprises on the timesheet but that's what we like. It's interesting to watch teams approaching things from different perspectives. The speeds were quick especially considering how much downforce teams were running. Running in traffic and race craft is a totally different challenge so there's a whole lot more to learn. Hopefully they are tuned up for the next oval test at Chicagoland [May 14]."

"Today was a nice way to finish the week of testing," said Kaiser, a Pro Mazda Championship Presented by Cooper Tires graduate who was also quickest at the Palm Beach International Raceway test earlier in the month. "The team continues to demonstrate their ability to adapt to this new car. It's still early and there is a lot of work ahead, but we are making steady progress. It was my first time driving on an oval at this speed and the team gave me the perfect car to make the transition seamless. I'm looking forward to NOLA in a few weeks to continue our development."

"We had a really productive week of testing at Homestead," added Pigot, the 2014 Pro Mazda champion. "We had lots of things we wanted to try both on the road course and the oval. The car was great on both tracks and I can't wait to get back in it and continue our test program."

"The team gave me an awesome car today; it was very fast and very secure," said Piedrahita. "The Dallara IL-15 handles very well on the oval and I can't wait to drive it again. I'm very pleased with my team and I am sure we will have a great year."

Andretti Autosport's Shelby Blackstock, who impressed in road course testing at Homestead-Miami Speedway earlier in the week with the second fastest time, claimed sixth on the charts (186.136 mph = 28.7210) followed by RC Enerson of Schmidt Peterson Motorsports, a graduate of the Cooper Tires USF2000 Championship Powered by Mazda, with a lap of 185.373 mph (28.8392).