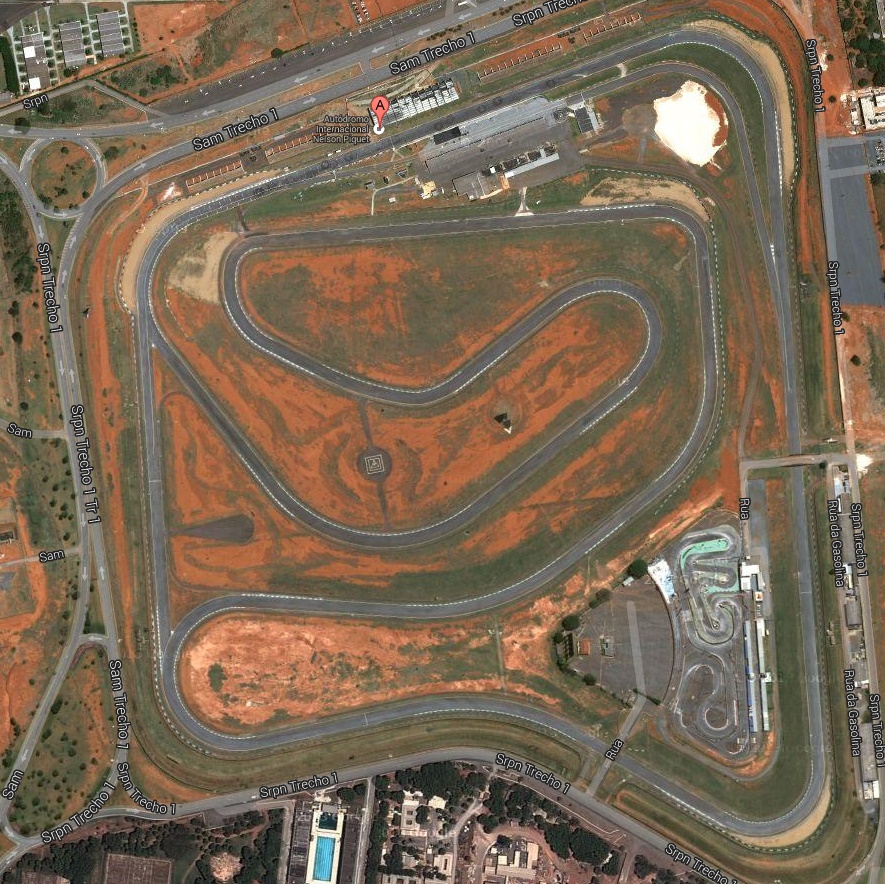 This article from ABC News outlines some of the reasons the IndyCar race in Brasilia was cancelled. One interesting nugget is that the local government admits there was a clause guaranteeing INDYCAR $27 million for breach of contract. However, the position of the municipality is that clause pertained to INDYCAR and Band TV.

Who knows exactly. It does seem, however, that this might get messy from a legal standpoint. Here's the article

The IndyCar Series opener scheduled for March in Brazil was canceled after public prosecutors warned it would cost the local government too much and waste public funds, organizers said on Friday.

The government said prosecutors recommended the cancellation because the race was "not in the best interest of society," and there was a "clear inversion in the priorities for public spending With $100 million needed in improvements, it's hard to imagine the economics of the Brasilia event.

The government agency in charge of the event in the Brazilian capital of Brasilia said prosecutors also pointed to problems in the contracts signed by the previous administration and promoters of the March 8 race at the Nelson Piquet Autodromo, which had already sold two-thirds of the tickets.

Brasilia is in the midst of a serious financial crisis, and the government has been unable to pay salaries to many public workers. The newly elected district governor had already relinquished the right to host the 2019 Universiade, a multi-sport event involving thousands of university students from around the world. A MotoGP race originally scheduled for this year also had to be canceled.

"While all efforts are underway to organize an event not essential to the society of the federal district, public employees are not getting paid," public prosecutors wrote in their recommendation to cancel the race.

Brasilia was one of the 12 World Cup host cities last year, and its stadium, the Estadio Nacional, was deemed the most expensive of those built or renovated for the football tournament.

IndyCar said on Thursday it was caught by surprise by the cancellation. It called the announcement a "great disappointment," but said it was "economically protected from such action."

The government admitted there was a $27 million fine for a breach of contract, but said it was valid only for the contract between IndyCar and the Brazilian network promoting the race, Band TV.

The network released a brief statement lamenting the "hasty" cancellation, and said it would begin advising fans how to reimburse their tickets. Prices started at about $27.

The government agency claimed the decision was not unilateral, and that it tried to re-work the contracts to make sure the race went ahead.

Band was responsible for the series' return to Brazil in 2010, when it raced on a street circuit in Sao Paulo for four consecutive years. The network was not able to secure the event in 2014 because of financial problems, but it reached a partnership with the previous government in Brasilia to organize the race this year.

The contract with Brasilia runs to 2019. Organizers said work at the track was almost finalized.

One interesting nugget from the piece is that The Brazilian auto racing confederation lamented the cancellation, and said it hoped the renovation at the Brasilia track would continue despite the decision.

"Without a doubt, we are missing the opportunity to see a great event in Brazil," confederation president Cleyton Pinteiro said.

01/29/15 UPDATE #3 IndyCar Statement: Today's announcement by BAND that the March 8 INDYCAR race in Brasilia was cancelled was both unexpected and disappointing. INDYCAR had received every indication that the race was already a success: Two-thirds of the seats available for the event had already been sold; a title sponsor for the event (ITAIPAVA) was announced yesterday; hospitality was sold out; and track construction was progressing and scheduled to be complete in time for the event. Although we have not received formal confirmation from our partners in Brazil regarding the cancellation, economically INDYCAR is protected and the paddock is protected from such action.

01/29/15 Another reader writes, Dear AR1.com, I read on Indy Star that Miles said everything was in place for a successful event – "Ticket sales were terrific, sponsorship was terrific, and all the hospitality (suites) were sold out," he said. "It was all set up to be a commercial success." Before Thursday's announcement, Brazilian driver Helio Castroneves predicted a race-day crowd of 60,000. "I guarantee you, a minimum of 60,000 people for a day," he told The Star. "The region is very wealthy because of cattle business and people love cars; they love racing." Miles said IndyCar was already paid for the race. So why would they cancel it?

Sounds to me like some underhanded person in racing paid them off to cancel the race and kill IndyCar's overseas aspirations. We all know who doesn't want IndyCar expanding outside the USA now don't we? Did the Dubai race ever happen? Of course not. F1 races in the Middle East and it would be a cold day in hell before this person would ever let IndyCar race there. Did the China race happen? Miles has no clue who he is dealing with. He's like a minnow in a sea of sharks. Mordichai Rosen, Los Angeles, CA.

01/29/15 A reader writes, Dear AutoRacing1.com, All of IndyCar's overseas races get cancelled. It's just more egg on IndyCar's face. It's the direct result of Tony George splitting the sport and destroying it. And then today I read they put Brian Barnhart back in charge of race control. IndyCar has shot all its feet off, maybe it's best they put a bullet to their head and end the misery they have put us fans through. And to think, CART was once bigger than NASCAR and threatening F1. This was Tony's 'vision'. Jim Austin

01/29/15 INDYCAR confirmed earlier today that the Brasilia Indy 300 scheduled for this upcoming March 8th has been cancelled. Apparently, issues between the local government and promoter have caused the cancellation of what was scheduled to be the 2015 Verizon IndyCar Series opener.

Below, is a statement from INDYCAR:

BAND announced today that the race scheduled for March 8 in Brasilia has been cancelled. This comes as a great disappointment, and we will have further comment when we have had the opportunity to talk with all of our partners and the authorities in Brazil.