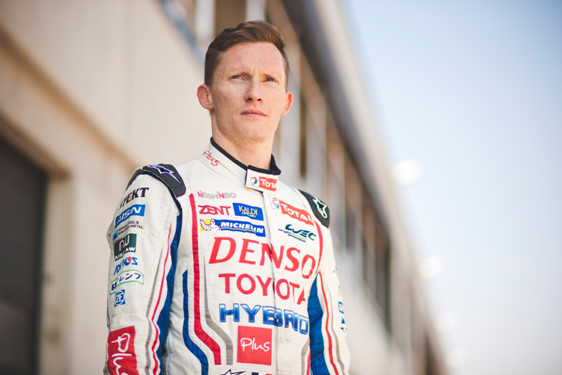 Toyota confirmed Friday that ex-IndyCar driver Mike Conway will be driving for them in the 2015 FIA World Endurance Championship, a professional championship where drivers get paid to drive instead of having to buy their ride.

Conway will join Alex Wurz and Stephane Sarrazin in the #2 TOYOTA during the 2015 season. The trio formed a great unit at the back end of 2014 winning the 6 Hours of Bahrain in Novemberr and helping TOYOTA claim the WEC Manufacturers title.

During the 2014 season, Conway split his time between competing for Ed Carpenter Racing in the IndyCar Series, as well as taking part in three WEC races for TOYOTA, for whom he was the reserve and test driver for.

The 31-year-old had a very successful 2014, as he went on to become the only driver to win at least one IndyCar and WEC race in the same year. Conway started the season off well winning in the IndyCar Series at both Long Beach and Toronto, before winning the 6 Hours of Bahrain at the end of the year.

TOYOTA has a storied history in endurance racing and were dominant throughout 2014. The team not only won the Manufacturers title but TOYOTA drivers Anthony Davidson and Sebastien Buemi went on to win the Drivers Championship as well.

On racing for TOYOTA in the WEC, Conway commented, "I am really excited to be focusing fully on the WEC for TOYOTA this year. It was a fun challenge racing in two completely different series last year, but this season I look forward to trying to help TOYOTA retain their Manufacturers title."

The WEC season opener will be a home race for Conway, as it takes place at the home of British motorsport, Silverstone on 12th April.