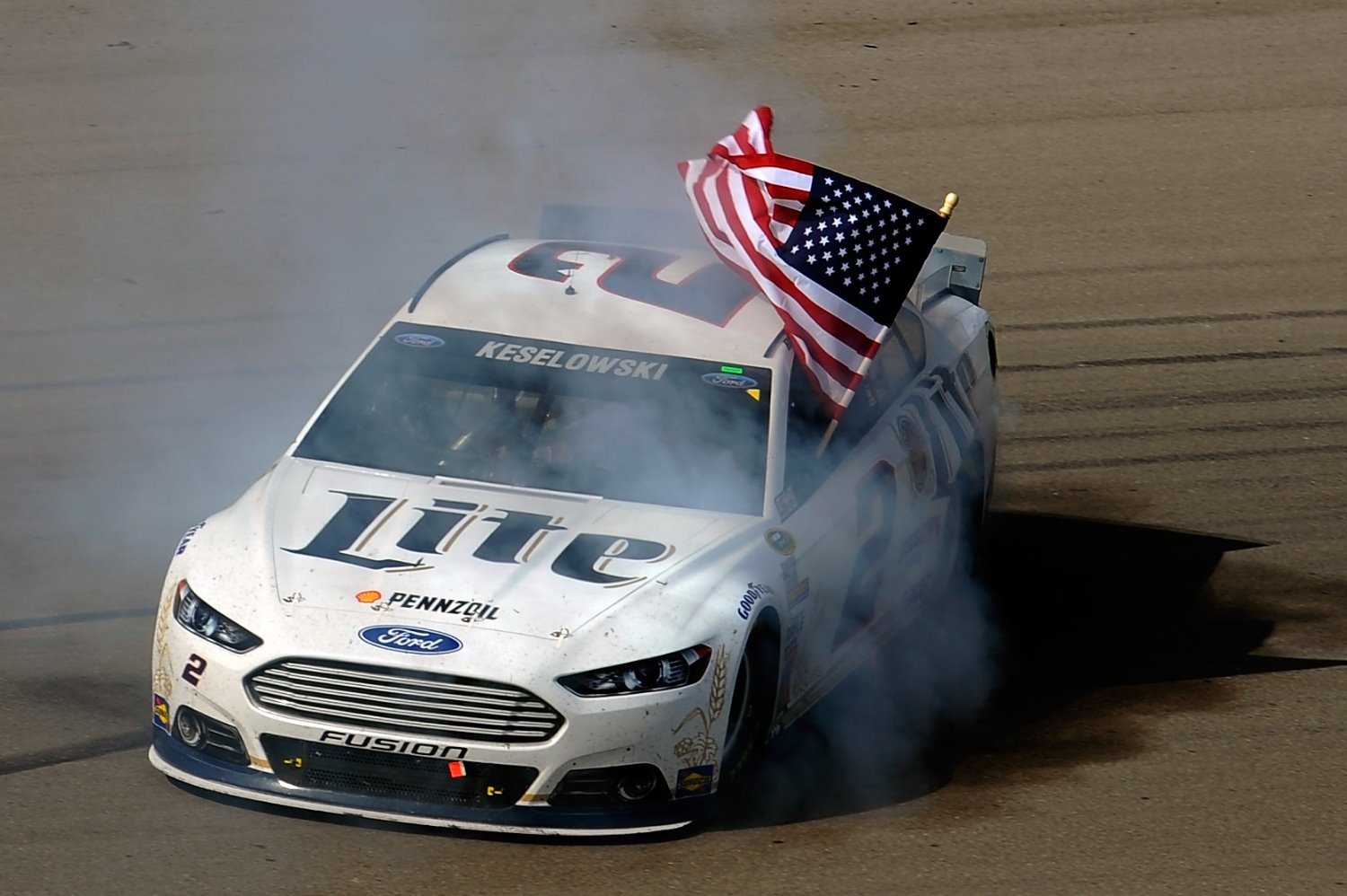 Ford's NASCAR teams may have a slight advantage heading into the 2015 NASCAR season. Ford's new Technical Support Center in Concord NC was opened early last summer and entering the new NASCAR season is now fully operational. Reporters got their first look at the new center Tuesday night as part of the 2015 NASCAR Media Tour hosted by Charlotte Motor Speedway. A neighbor to the NASCAR R&D center not far from Charlotte Motor Speedway, the 33,000-square-foot building serves as a center for Ford Racing technical support and for teams to develop and test their cars prior to hitting the track.

"In December, we announced the formation of a new organization within our company called Ford Performance," Raj Nair Ford Group Vice President, Global Product Development, and Chief Technical Officer said. "It is part of our overall strategy at Ford to ramp up our investment in performance and racing to take advantage of a growing market worldwide for performance vehicles."

"This building is part of that investment," he added. "When we planned and designed the Ford Performance Technical Center, we located it here to be close to NASCAR's technical center and to our major NASCAR teams."

The building serves as a distribution center for Ford parts including body panels that have been precision ground to the exacting specifications needed in NASCAR. It also houses several tools and areas that NASCAR teams can take advantage of.

There are machines such as a Kinematics machine that can test and measure suspension kinematics – camber, toe, scrub and various loads with tires and springs. Race teams use the machine weekly to set up their front suspensions for different track configurations. There's also a Chassis torsional twist rig that is used to quantify the chassis structurally in the torsional mode – the key parameter for a chassis. It can be used to determine the entire torsional stiffness of the car, the stiffness of the chassis independently, or the influence of various components on the car.

Teams also have access to a center of gravity machine used to precisely measure the center of gravity height of a completed car. It can be used to quantify improvements over time. Race teams generally use the machine once a quarter to gauge progress and test their latest theories. Finally there is a coordinate measurement machine that enables teams to measure their components for quality control and to build simulation models, which allows them to make sure their cars comply with regulations.

There is also an area perhaps best described as the "war room". Staffed by Ford engineers and open to Ford teams, the space resembles a college classroom. On the wall two screens show a live feed from the racetrack along with detailed timing and scoring system that breaks down information such as lap times, speeds, and even "points as they run." The system can go into further detail according to Ford but just how much is known only to the teams and Ford. The room was used during the closing races of 2014. Team representatives could see data after practice and Happy Hour from every car. The data could then be compared and the team reps in Concord were able to contact their teams at the track and exchange information to help improve performance prior to and during the race.

The centerpiece of the operation however is a large simulator. The full-motion platform simulator allows race teams to optimize their setups for individual track configurations, and for drivers to practice driving a track ahead of an upcoming race weekend. The development of the simulator involved laser scans of each track along with input from drivers and is constantly being updated.

"We have enhanced our vehicle dynamics simulation tools to lead the development of Ford Racing cars in NASCAR and IMSA, as well as our street products," said Nair. "The driving simulator will help us to push handling optimization to the next level so that our cars can be fast right off the trailer, allowing our teams to focus on fine-tuning changes when they get to the track."

"The simulator can also be used to make continual adjustments to advance the car setup for the race weekend based on what the teams see in early practice sessions," added Nair.

In addition, the simulator will help hone communication between driver, crew chief and engineer, while also refining predictability and accuracy of simulation software.

Right now the facility will focus on supporting NASCAR teams in all three major touring divisions. Eventually however it will expand to include other Ford Racing teams participating in other series.

"This facility is an investment in advanced Ford Racing technical tools that will support our goal of winning races and championships," said Jamie Allison, director, Ford Racing. "It also provides us with expansion capabilities as we support our broader array of Ford teams from NASCAR, the TUDOR United SportsCar Championship, IMSA, Rally and Global RallyCross, NHRA and other series."

Ford's NASCAR teams have already started using the center. Many also helped in the development.

"It's something the other manufacturers don't have," said Drew Blickensderfer crew chief for the No. 9 Richard Petty Motorsports Ford driven by Sam Hornish Jr. In the NASCAR Sprint Cup Series. "We have used it. It's just now kind of up and running to where we can use it regularly."

"The simulator is something we are going to use a lot," he added. "Having a new racecar driver, we can take Sam there with our engineers and run simulations and let him run a racetrack, any racetrack. We can run Charlotte right now and play around with it and almost run it like a video game and do a mock weekend where we run an hour of practice, we make changes to the car, he goes and tells us what it wants, we do simulation runs, make another change. Sam kind of gets to know how we're tuning the car based on his calls and he understands how the car's changing based on our calls."

"The communication between driver, engineer and crew chief is so valuable," Blickensderfer said. "We don't get a chance to do it now without testing and we can mock that in the simulator."

Eventually the new center will serve more than just Ford motorsports teams. The goal is to use the information to help Ford in its consumer division as well.

"Performance is a critical and growing business for Ford," said Jim Farley, Ford executive vice president, global marketing, sales and service and Lincoln. "We recognize our customers want vehicles that offer great fuel economy, leading technology and a great driving experience. Our new technical center is another tool that will help us continue to grow our performance vehicle business around the world."

For the immediate future Ford hopes the new center will help on the track. With the tools it offers to its teams Ford hopes to gain an advantage over the other manufacturers in racing. For teams the addition of the new tech center means even more though.

"It makes us feel good that Ford made a commitment to do this," said seven time champion and NASCAR legend Richard Petty. "Because it doesn't come cheap. That means when they do that they're going to be in racing a long time. It makes for a better foundation for us to work from, not only for the people that work for me, but for potential sponsors and sponsors we have now who know we're going to be here for a long time . It makes it easier for everybody."