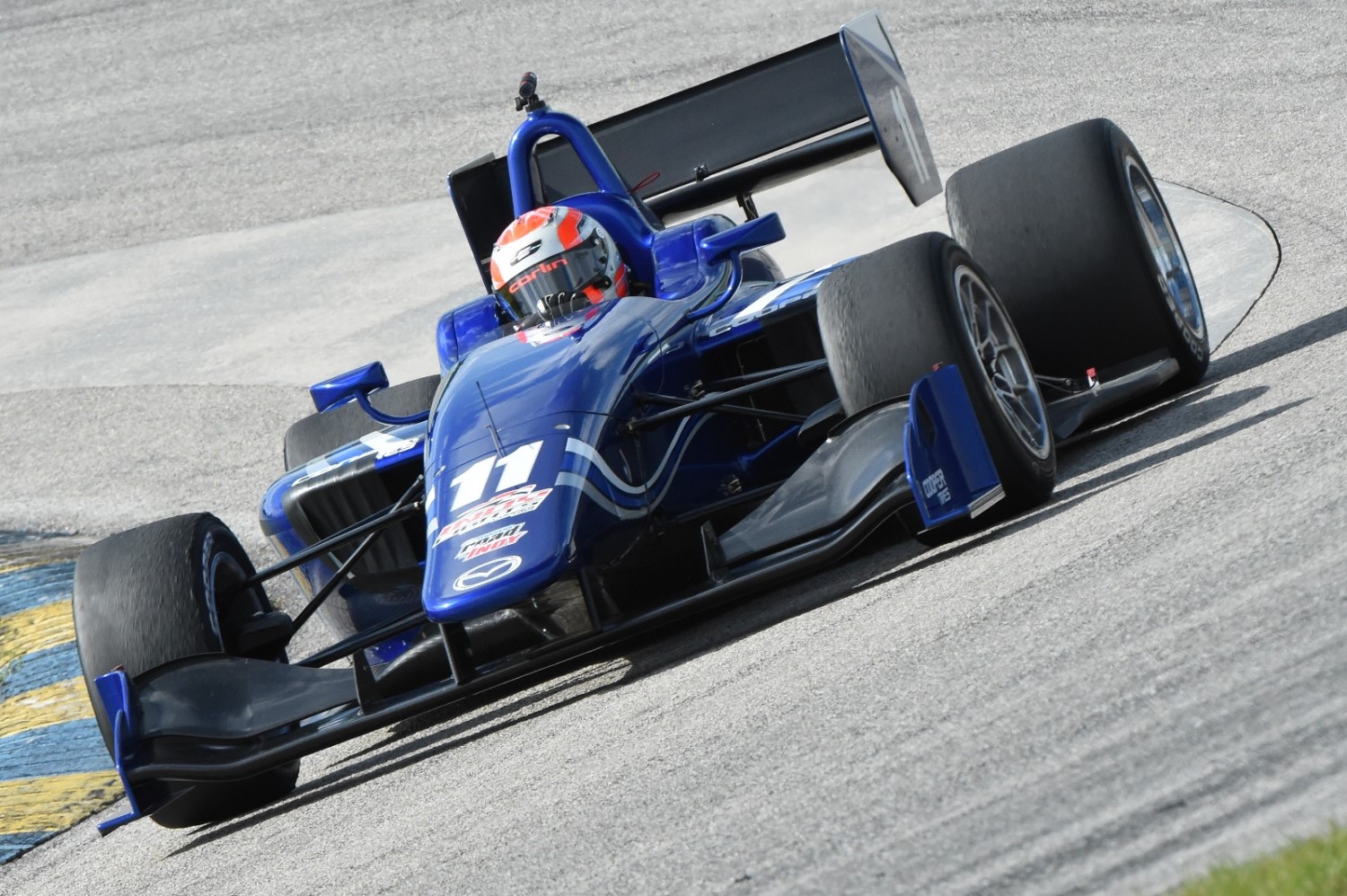 Thirteen drivers representing six teams converged on Homestead-Miami Speedway this week for the second official test of the 2015 Indy Lights Presented by Cooper Tires season. The new Mazda-powered Dallara IL-15 was put through its paces with over 1870 laps turned on the 2.21-mile, 14-turn road course Monday and Tuesday. Testing will move to the 1.5-mile oval on Thursday.

"There have been many miles logged over the past two days and it's fun to watch teams learning their new chassis," said Tony Cotman, Indy Lights Race Director and Dallara IL-15 project manager. "Thanks to the high level of support from all our partners, the transition to the new package has been quite smooth. I can't wait for the additional cars to join us here shortly to fill out the field. We do have a few items to figure out before the first race of the season but I'm confident they will be sorted. With such a high level of driver and team talent, I look forward to this year's championship. The next challenge is the Homestead oval test on Thursday."

"I think I adapted well to the car which was a good start," said Jones. "I wasn't really expecting anything as such before the test, but the main thing that was different for me was the turbo and getting used to the turbo lag. The car has more power than I've driven before. I got some good feedback on the tires and I think I've got a good handle on how they work which is a good sign for the season ahead. The ovals are obviously going to be the biggest challenge for us so I'm excited about Thursday. The key will be to build up gradually and not make any mistakes."

"The past two days for the Andretti Autosport team have been very busy," noted Blackstock. "In the end, I am very happy that we were able to get so many things checked off of our 'to-do list' and how the two days went. Unfortunately, today I made a mistake on my fast lap, but overall I was happy with how the car and team performed. I'm very impressed at the pace of Ed Jones and the Carlin team; I have a feeling they will be tough competitors all season. The road course here at Homestead was fun, but looking down the front straight going into Turn One, I am very excited to get on the oval on Thursday!"

Tristan Vautier, who helped in the development of the Dallara IL-15, set the third quickest time with a lap of 1:14.2777 (107.112 mph). Vautier took over driving duties from Juan Piedrahita for reigning champions Belardi Auto Racing after the Colombian talent was unfortunately sidelined by a bout of food poisoning.

Many eyes were on former Marussia F1 driver Max Chilton, who is assisting in the development programs for Carlin's U.S. racing efforts with an eye on the Verizon IndyCar Series. Chilton set the seventh fastest time overall in his first Indy Lights outing with the squad.

"It's been a really good first test for the team," said Chilton. "I had some rev limiter problems this afternoon which really held me up but I think if we took that out of the equation we probably would have been looking at a one-two for the team which is obviously a great start for the whole team. I'm really looking forward to the ovals. We need to start off gradually, but the important thing will be to try lots of things and complete our test program; even if set-up changes don't work we just need to gather as much information and experience on the ovals as we can and who knows where we end up."

Schmidt Peterson Motorsports' RC Enerson and Jack Harvey were eighth and ninth respectively, separated from teammates Scott Anderson and Ethan Ringel by Felix Serralles of Belardi in 10th. Piedrahita, who completed only the first day of testing, was 13th.