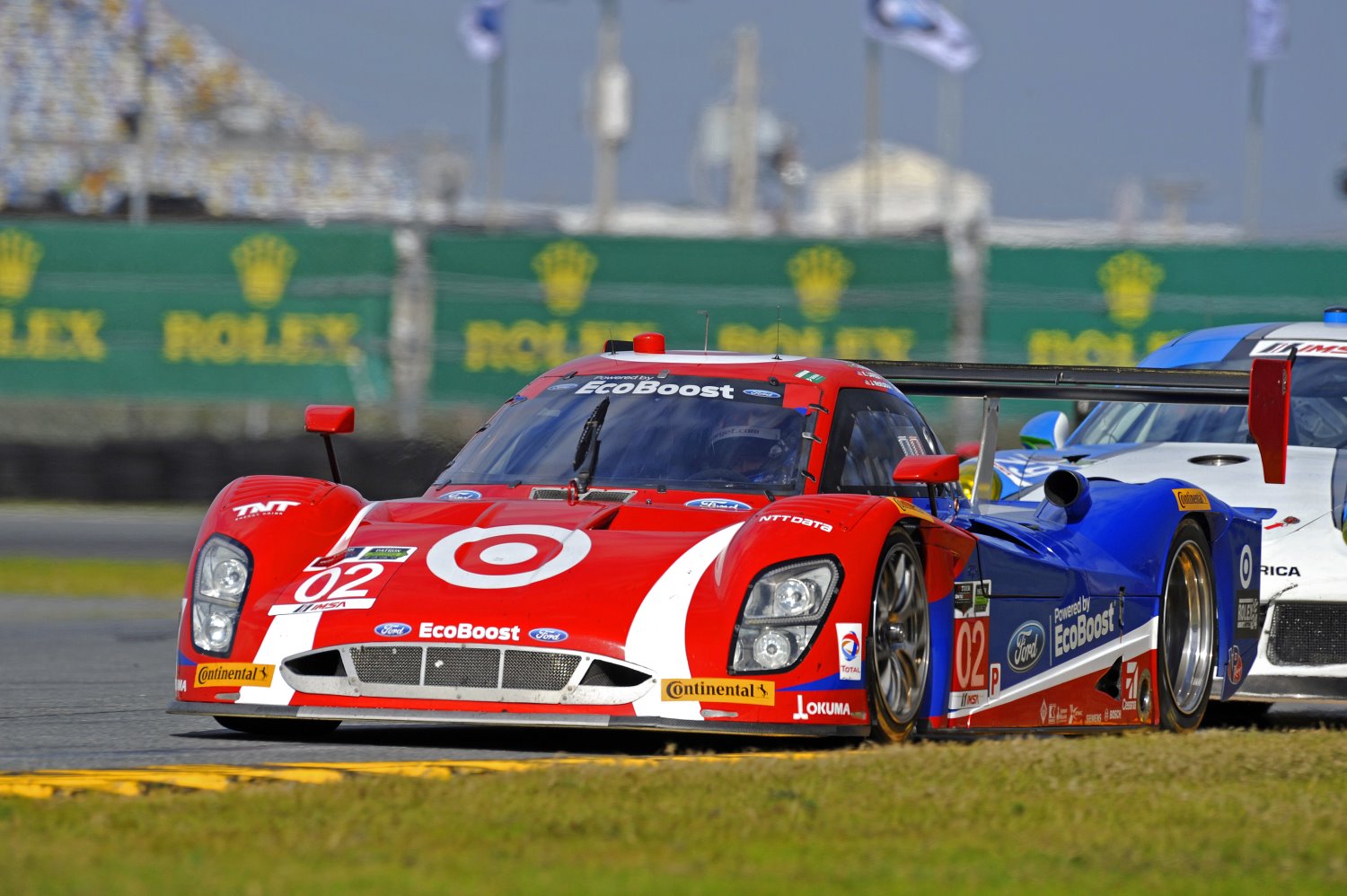 The 53rd running of the Rolex 24 At Daytona is in the books, topped by a near-flawless run by the overall winner, the No. 02 Chip Ganassi with Felix Sabates Ford EcoBoost-powered Riley DP. With six overall wins in 12 attempts, the team now holds the record for victories, and a stunning 50-percent success rate.

PORSCHE ON THE PODIUM: Porsche Motorsport opened the 2015 race season with 12 Porsche 911-based race cars, looking for the German marque’s record 77th career class victory at Daytona International Speedway. Porsche didn’t win, but did take two podium finishes in the TUDOR United SportsCar Championship’s GT Daytona class, continuing a streak of 53 consecutive years with at least one podium result at Daytona for Porsche. The third-place car in GTD was the No. 58 Dempsey/Wright Motorsports Brumos entry, co-driven by Grey’s Anatomy TV star Patrick Dempsey.

LARSON NOW LOVES THE ROLEX 24: NASCAR star Kyle Larson, who races in the NASCAR Sprint Cup Series for Chip Ganassi Racing, made his debut at the Rolex 24 last year. It did not go well. “I felt I did a really bad job last year," Larson recalled, even though teammate Scott Dixon pointed out that Larson had the team’s fastest race lap in 2014. Still, Larson thought he had let his teammates down and didn’t want to come back. “All year, I was trying to figure out an excuse not to run the race." But with more experience, increased familiarity with the car and the series and now an overall victory, “I can’t wait for next year."

MAZDA MILESTONE: Mazda’s very ambitious diesel-powered Prototype team had a tough 2014, as the car suffered one growing pain after another. This year, there was a measure of redemption for the two-car SpeedSource team. At 4:14 p.m. Saturday, Tom Long became the first Mazda-powered driver to take the overall lead in the Rolex 24, and the first time a diesel-powered machine had ever led the field. Unfortunately, neither Mazda finished the race, with one suffering an oil pump failure, the other retiring due to overheating.

HONDA MAKES A MARK: Michael Shank Racing and drivers AJ Allmendinger, Ozz Negri, John Pew and Matt McMurry made their Honda-powered TUDOR United SportsCar Championship debut a memorable one, qualifying on the pole for the season-opening Rolex 24 at Daytona, claiming honors for the fastest race lap (1 minute, 39.576 seconds) and challenging for the victory for the first half of race. But just past 3 a.m., contact during a restart following a caution flag resulted in damage to the left front of the brand-new Ligier-Honda, and the team’s problems were just starting. Fading oil pressure finally sidelined the car just before the end, but it still was credited with sixth in Prototype, 11th overall in the 53-car starting field.

DELTAWING DRAMA: One of the fastest cars in the field was the innovative DeltaWing, so light and aerodynamic it can run with the Prototype leaders despite having only a small, 350-horsepower engine. But the clutch and transmission has long been the under-development car’s Achilles heel, and it was again at the Rolex 24, relegating the car to 53rd after completing only 42 laps.