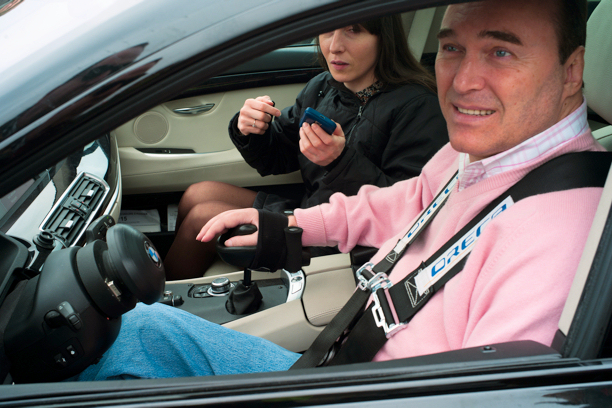 Todt, and the governing body's medical commission chief Gerard Saillant, vowed to sue the wheelchair-bound former F1 driver after he criticized their handling of the investigation into Bianchi's horror Suzuka crash.

"I let myself get carried away in front of the camera," Streiff, who was paralyzed in a 1989 pre-season crash, said in a statement issued through the FIA.

The 59-year-old Frenchman, who has also stirred controversy with his comments about Michael Schumacher's health condition, acknowledged that what he said about Todt, Saillant and the FIA was "insulting and defamatory".

"I ask Jean Todt and Gerard Saillant, who are well aware of my health problems, to excuse me," he added. "I regret having said things about them that are totally out of line with the consideration they both deserve."

Streiff has been widely quoted in French media as suggesting the panel that looked into Bianchi's Japanese Grand Prix accident was put together simply to exonerate the FIA of any blame for what happened.

On Thursday, the FIA issued a strongly worded statement criticizing Streiff's stance and making clear its anger at what was being suggested.

"The FIA, its president Jean Todt, as well as Gerard Saillant, president of the FIA Medical Commission, are dismayed to learn of the remarks made about them by Philippe Streiff in his recent comments on the state of Jules Bianchi's health," said the statement.

"These remarks having been published by certain media.

The statement added that lawyers had been consulted on the matter and that the FIA would be taking action against Streiff to ensure his comments are not repeated.

"In view of the seriousness of this deliberate attack on their reputations, they have had to ask their lawyers to lodge a complaint for public defamation and insult so that the circulation of Philippe Streiff's statements is stopped immediately and sanctioned in an appropriate manner.

"They find it regrettable that this incident only serves to add to the suffering of Jules Bianchi's family, for whom they would like to reiterate their support."

Streiff, who was paralyzed in a 1989 pre-season crash, triggered controversy late last year when he claimed to know details of the medical condition of the great Michael Schumacher.

Those claims were denied by Schumacher's inner circle, but now 59-year-old Streiff has turned his attention to fellow Frenchman Jules Bianchi, who is still yet to regain consciousness after his horror Suzuka crash.

French media reports quote Streiff as having told Radio Free: "Shame on Jean Todt, who ordered and organized at the last World Motor Sport Council in Doha, Qatar, the report about the accident of Jules Bianchi.

"It was a document prepared by a group of ten friends, including Professor Gerard Saillant, to clear the errors of the FIA," he charged.