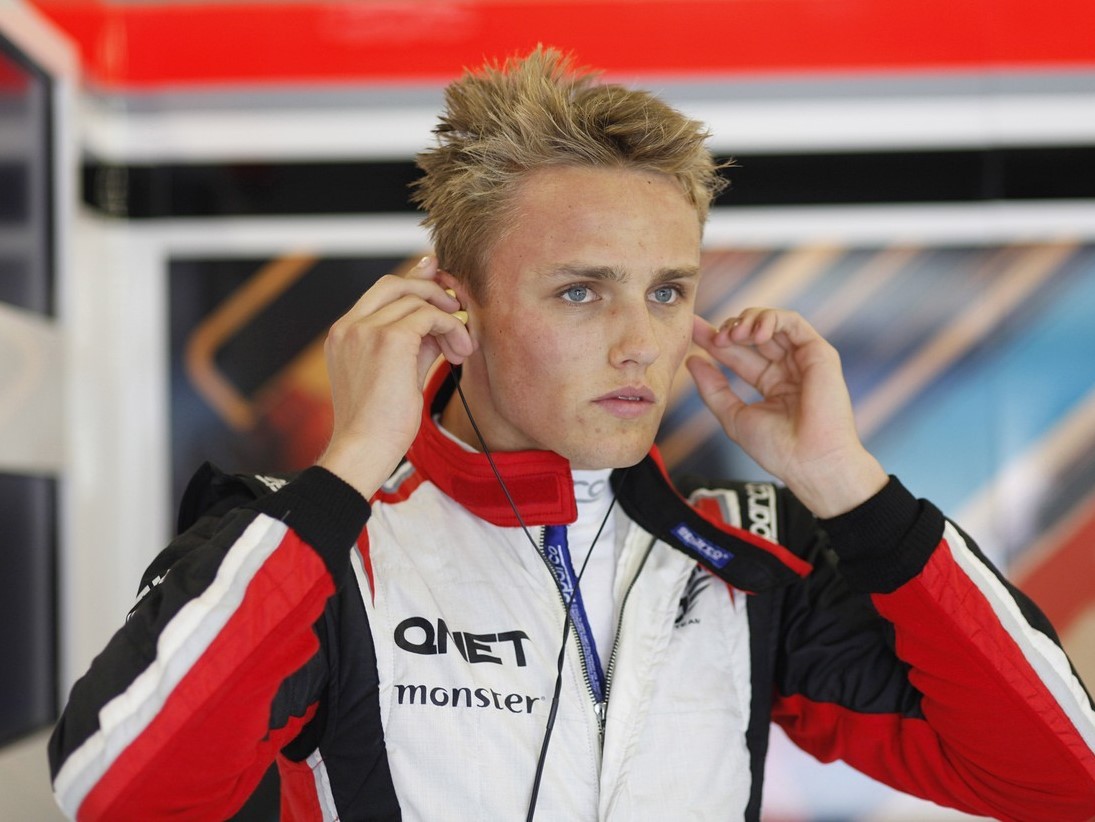 Having already attracted controversy with comments about Michael Schumacher's condition, former Renault driver and Frenchman Streiff on Thursday attacked Todt for his handling of the report about Jules Bianchi's crash.

Later on Thursday, in an official statement issued by F1's governing body, the FIA said Todt as well as medical commission president Gerard Saillant were "dismayed" by Streiff's comments.

They also described the comments by Streiff, who was paralyzed in a 1989 pre-season crash, as "insulting and defamatory" and "malicious".

"In view of the seriousness of this deliberate attack on their reputations, they have had to ask their lawyers to lodge a complaint for public defamation and insult so that the circulation of Philippe Streiff's statements is stopped immediately and sanctioned in an appropriate manner," the FIA statement added.

"They find it regrettable that this incident only serves to add to the suffering of Jules Bianchi's family, for whom they would like to reiterate their support."

Force India defends 2015 car delay
(GMM) Force India insists the decision not to debut its 2015 car at the opening Jerez test was deliberate.

The Silverstone based team, having unveiled its new livery this week by using a show-car with a 2015-style nose, will instead run the 2014 car at Jerez before the VJM08 makes its bow in Barcelona later next month.

Force India's decision has been linked with the switch from using its own wind tunnel in Brackley to the state-of-the-art Toyota facility in Cologne.

But there are rumors the 2015 car is simply delayed, as driver Nico Hulkenberg admits heading into Jerez with the old car is "not ideal" but also "not the end of the world".

Team technical boss Andrew Green, however, told Britain's Sky that the delayed debut is in fact a "conscious decision we took a couple of months ago".

"We've never really been a big fan of Jerez as a test track," he explained.

"We're happy to give it a miss, to be honest, and take the development time."

Ecclestone involved in FIA's Honda U-turn
(GMM) Bernie Ecclestone has admitted he was involved in the FIA's U-turn over allowing Honda into the new 2015 engine 'unfreeze'.

Initially, the governing body had locked McLaren's new works partner out of the decision to let 2014 suppliers Mercedes, Ferrari and Renault deploy their development 'tokens' beyond a start-of-season deadline.

But the FIA eventually decreed that Honda can in fact do a limited amount of developing in 2015, and F1 supremo Ecclestone says he was involved in the turnaround.

"We discussed the issue with the FIA," Ecclestone is quoted by Russia's f1news.ru, "and I said that we have to use a slightly different approach because otherwise no one else would want to come into the championship."

While the team will be based alongside the Nascar arm in North Carolina, with a second HQ probably at the Marussia facility in Banbury, the Italian publication said the 2016 Haas car will be developed in Varano de Melegari.

That is where the Italian chassis maker Dallara is based, and Omnicorse says Haas has commissioned work on the testing of a wind tunnel model.

Haas will also be powered and supported by Ferrari.

Illien says tweaks would make V6 engines louder
(GMM) Mario Illien says it is possible tweaks to the current generation of turbo V6 cars can produce a louder sound for formula one.

The most controversial aspect of the new 'power unit' regulations, introduced last year, is their mild tone in comparison to the screaming V8 and V10s of the past.

Bernie Ecclestone is still pushing hard for changes, and while some solutions were studied and trialed in 2014, the sport will enter a second season in 2015 with the same quieter sound.

But Mario Illien, the famous F1 engine designer who is now working with Renault and Red Bull, has told Germany's Auto Motor und Sport that there are some possible solutions that could make the basic V6 layout louder.

He said the biggest problem is the way the engines' 'wastegate' is currently laid out.

"It does not blow into the atmosphere, but into the exhaust, which is very long and quite thick and the sound is lost," Illien said.

He said if another valve exits separately, "the sound that the engine makes would go directly to the outside and you'd hear it a lot better", Illien predicted.

He cautioned, however, that his solution would only produce more noise in certain 'phases' of the power unit operation, such as when the battery charge is full.

"In the race, the benefit would be less," he admitted.

Illien also said the current regulations prescribe the position of the wastegate, speculating: "The FIA was probably concerned it would (otherwise) be used for some aerodynamic tricks".

He also said a shorter exhaust would help, while the typical turbo whistle would be louder in F1 if a bi-turbo was introduced.

And Illien said that if the current maximum fuel-flow rate was increased, the sound of the engine would also be turned up.

When asked to name the best current driver on the grid, Max Verstappen answered: "Alonso."

And his 2015 teammate, another grand prix debutant and a Spaniard, Carlos Sainz Jr, agreed: "Fernando, of course."

But their answer, whilst also in agreement, was very different when it came to the matter of the likely winner of the 2015 world championship.

Dutchman Verstappen is quoted by the Spanish daily AS: "(Lewis) Hamilton. The (Mercedes) car he has is amazing."

For his part, 17-year-old Verstappen's looming debut has been highly controversial, as he is just a year out of karts and not even the holder of a full road car driving license.

But he insisted: "When you are offered the chance to drive in F1, no matter your age, you must accept it.

"It could be a long time before you get another," Verstappen added.

Their 2015 machine, the STR10, will be launched next Saturday, the day before the start of official testing at Jerez.

"It is impossible to set goals," 20-year-old Sainz said at an event for sponsor Cepsa, "without having even tested the car.

"But I think both Toro Rosso and I want to be in the points and hopefully we can be fighting for the top ten, but the truth is that I don't know where we will be," the reigning Formula Renault 3.5 champion added.

Kubica forms own world rally team
(GMM) Robert Kubica has launched his own team to contest the world rally championship in 2015.

The Pole's F1 career ended when he almost severed his hand in a 2011 pre-season rallying crash.

But he has since returned to driving, this time in the highest category in the world of rallying.

And in 2015, the 30-year-old will contest the world rally championship with a Ford Fiesta under the banner of his own team, entitled RK World Rally Team, the German news agency SID reported.

The first round of the season is this week's rally Monte-Carlo. Kubica finished the 2014 championship in 16th place, driving for M-Sport.

Although it was Caterham and not Marussia that successfully returned for the 2014 finale in Abu Dhabi, Bernie Ecclestone said this week that only Marussia appears able to survive into the 2015 season.

"Caterham, I don't think there is much chance of saving them," said the F1 supremo, "but Marussia there is a chance."

Acting Caterham team boss Finbarr O'Connell, however, who doubles as the administrator, is more hopeful.

"As long as there are people there who have got a real possibility of doing something, I'm not going to close it down," he told Reuters on Thursday.

But O'Connell admitted that Caterham, who unlike Marussia will not collect millions in official prize money if it is rescued, is therefore "much more difficult" to sell.

And just over a week before winter testing begins, he also said time is running out.

"I'm very conscious that a time will come when it will not make sense for anybody to invest large sums of money in racing the Caterham team for the 2015 season," said O'Connell. "Time will just run out."

The F1 supremo has said that amid the circuit's financial and ownership troubles, this year's race in the country will either be held at Hockenheim or not at all.

But a spokesman for the Nurburgring told SID news agency: "I can confirm there were discussions between Mr. Ecclestone and representatives of the Nurburgring in London on Wednesday."

Spokesman Pietro Nuvoloni said he will inform the media if there are further significant developments.

The 23-year-old Briton raced for Marussia in 2013 and 2014, but the backmarker team collapsed late last year and is now clinging to survival mere weeks before the new season.

So it has been announced that Chilton will assist his former GP2 team Carlin, a British outfit, as it expands into the Indycar feeder series Indy Lights this year.

"While I'm still considering my options for 2015, the Indycar package presents an interesting challenge and by assisting with the development of the Indy Lights team I'm keeping my options open for an Indycar program in 2016," said Chilton.