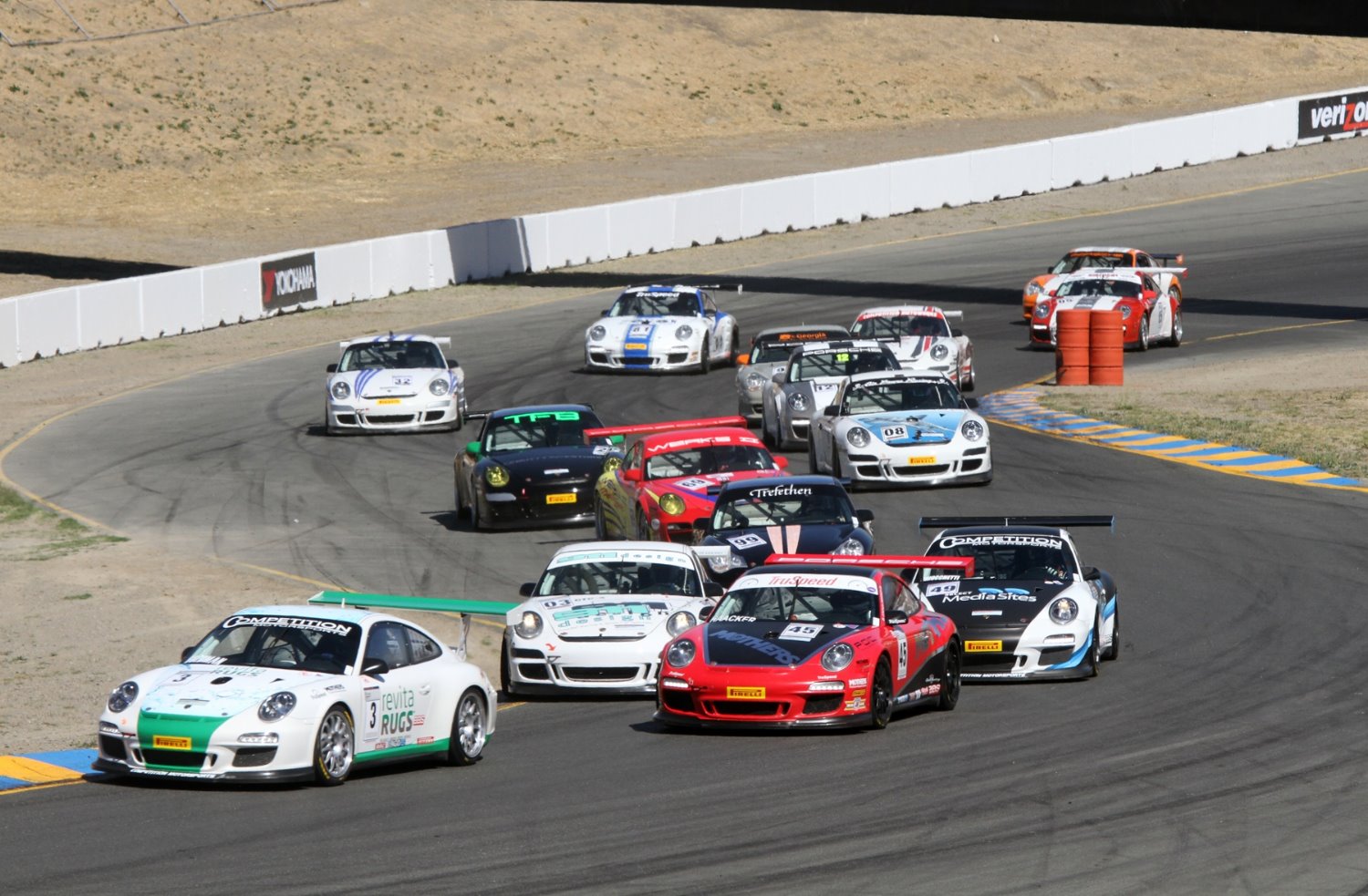 For the first time in a decade, Sonoma Raceway will host two main events on Sunday of its Toyota/Save Mart 350 NASCAR Sprint Cup Series weekend.

The Pirelli GT3 Cup Trophy USA series joins the NASCAR weekend for the first time, June 26-28, featuring a field of more than 25 Porsche 991, 997 and 996 GT3 Cup cars. The series is the premier point of post Porsche Club racing in the United States, and, in partnership with Porsche Motorsports North America, is one of 21 one-make platform series in the world for Porsche.

"This will be a terrific addition to our weekend schedule," said Steve Page, president and general manager of Sonoma Raceway. "It is something completely new for our NASCAR fans and it will add a cool, exotic element to what is already a dynamic weekend."

Drivers will compete for championships in four classes (Diamond, Platinum, Gold and Silver) during doubleheader 45-minute main events on Saturday and Sunday. The series will also hit the track for practice and qualifying on Friday, with the first main event set for Saturday just before the K&N NASCAR Pro Series West race. On Sunday, the Porsches will take the green flag for race #2 approximately 30 minutes after the checkered flag falls on the Toyota/Save Mart 350.

In addition to adding a luxury-car feature to the race schedule, the additional race is a chance for fans to extend their day at Sonoma Raceway and potentially ease some of the post-race traffic congestion, as fans stagger their departure times.

"On behalf of Pirelli GT3 Cup Trophy USA drivers and series partners, we are excited to be a part of NASCAR's road-course event at Sonoma Raceway," said Greg Franz, founder and president of Competent Motorsport LLC. "What a great opportunity for all the fans to be exposed to great competitive racing from two different platforms on the same track."

The 2015 Pirelli GT3 Cup Trophy USA series is comprised of 16 races over eight events at some of North America's most challenging racing venues. The series last visited Sonoma Raceway as part of the FIA World Touring Car Championship weekend in 2013. For more information, visit www.competentms.com.

The NASCAR Sprint Cup Series returns to the Sonoma Valley for the 27th consecutive year, June 26-28.