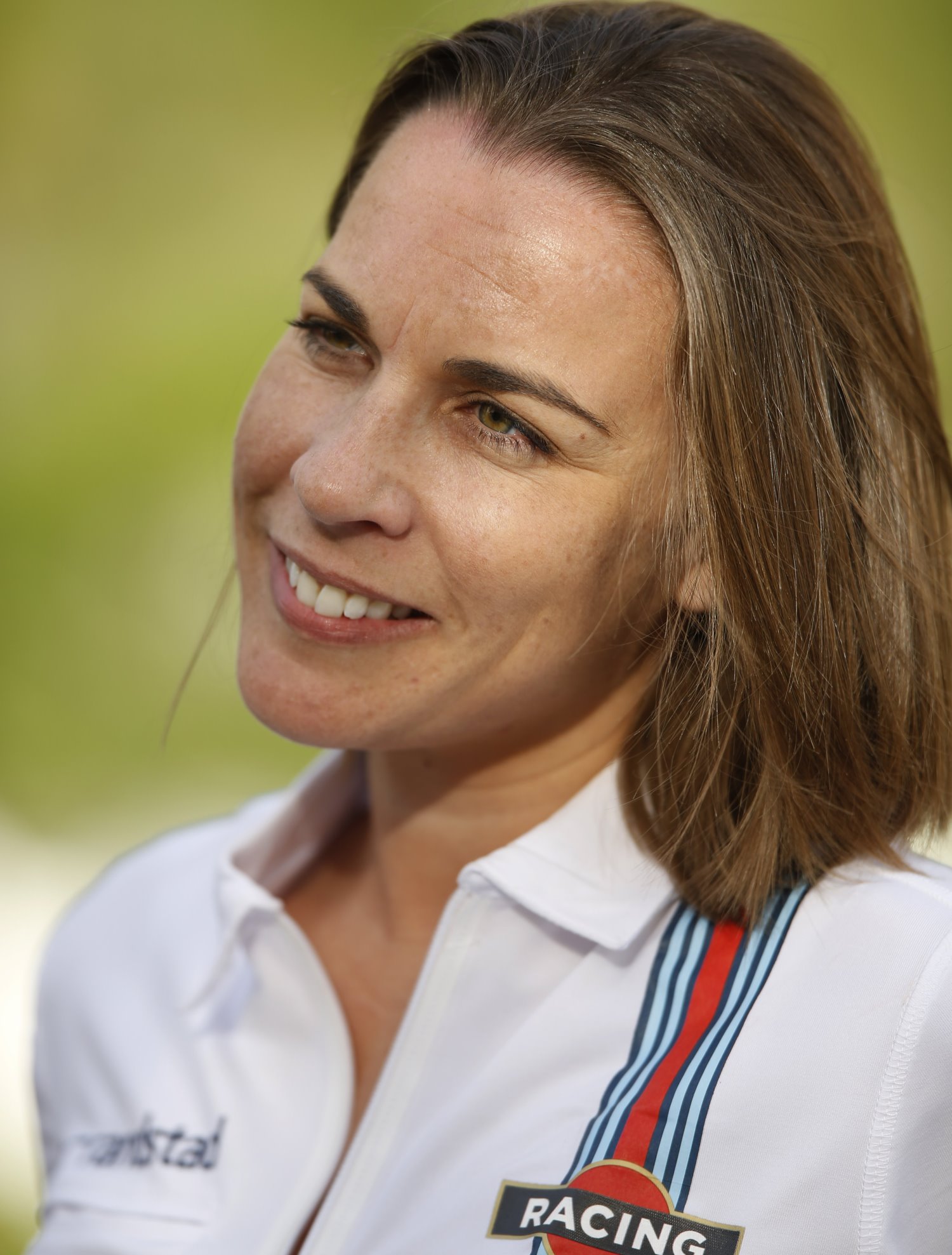 After being promoted to Deputy Team Principal of Williams F1 team in 2013 and presiding over the team's most successful championship in Abu Dhabi last year, things are looking up for Claire Williams, daughter of founder Sir Frank.

Here, she talks with Esquire Magazine about her hopes for the team's future, her inability to reverse a car and having absolutely no qualms about being a woman in a male dominated industry.

What's the biggest lesson you've learnt from your dad?
Hard work pays off is probably the best lesson I've ever learnt from him. Work hard and you'll get your just rewards.

What's your best Formula 1 memory?
When we came third in the championships in Abu Dhabi last year, which was the season finale. There was a lot riding on it. We'd done a lot of hard work over the 18 months prior to that to turn the team. Both our drivers doing what they needed to do in order to achieve third position was fantastic. It was just the most amazing race weekend that I've ever experienced and we got both our drivers on the podium as well. We achieved all we needed to, so that was my best memory.

What gets you out of bed in the morning?
My team gets me out of bed in the morning, making sure the business survives. We're an independent racing team, which means we rely predominantly on sponsorships to keep us in business, and it's my responsibility to generate those sponsorships. If I don't do that the team goes under. We've been racing a long time now and so I don't want that responsibility on my shoulders.

What's a typical day like in your role at Williams?
It's really varied actually. I have two roles at Williams – my Deputy Team Principal role and my Commercial Director Role. As Deputy Team Principal I'm doing everything from working with Pat Symonds, who's our Chief Technical Officer, to make sure that he had everything that he needs to develop a quick racing car. I do a lot of work on the government side of the sport with Bernie Ecclestone and the FIA. I also do a lot of work with our drivers.

On the commercial side of the team, the main focus of the business and my role is generating income. Each year I have to generate at least 50 million sterling in sponsorship to keep us racing, together with my team. And then on the other side I run the whole marketing function. I have to deal with anything – partnership management, communications, the whole brand. Everything falls under my remit. So my day is split between running from meeting to meeting to meeting to ensure that my team has everything they need to do what I need them to do.

What would you say is your favorite part of your job?
Oh gosh there are so many. I love every bit of my job, it's too difficult. I suppose once we've got a new sponsor in – that's a great achievement based on where the sponsorship market is today. And it just means that we're that bit closer to securing our budget and therefore getting a faster racing car. But there are so many bits that are good in my day. I couldn't narrow it down.

How good a driver would you say you are?
I would never claim to be a good driver. I would never say ‘oh yeah I'm a great driver', that's pretty arrogant. I'm OK. I've never had an accident. Now I'll probably crash on the way home… I'm not crazy, I've probably calmed down a little bit. I can't reverse so I'm not a good driver in that respect.

What do you think you'd be doing if you weren't in Formula One? You have a degree in politics don't you?

I did… I don't know, I never give it any thought because I can't imagine my life without Formula One. But if I was forced, I would like to maybe go into politics. I may hate it, but it might be interesting…

What's it like being a woman working in a predominantly male industry?
I do get asked that an awful lot, I'm very desensitized to the whole gender issue because I've grown up in sport so have been surrounded by men all my life. For me, it's not a big deal. I think that you get your job because you're good at your job. Not based on the gender that you are. It makes no difference to me. We're Formula One and you've got to employ the best people that you can to be the best team you can, and if that means that you employ a man or a woman it doesn't matter. It's just about being the best at your job.

What are your hopes for next season?
Realistic hopes… we always are realistic at Williams, rather than getting carried away. We made such a progression last year, and this year we need to build on that. We're here in Formula One to win, and we didn't win a race last year. So clearly one of our ambitions is to win races and then to build on the progress that we've made and to get closer to the front-runners, close that gap and one day fight for another world championship. So improvement. Esquire Magazine