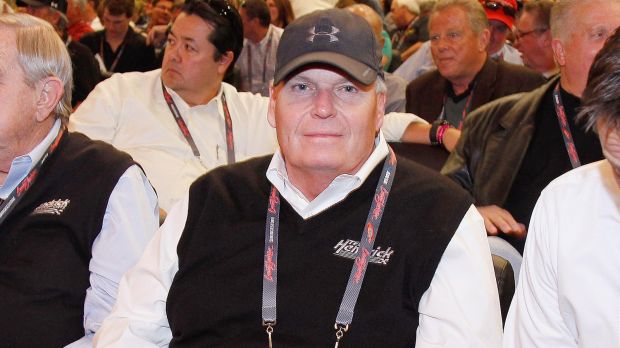 NASCAR team owner and inveterate car collector Rick Hendrick is at it again. Thursday night at the Barrett-Jackson Collector-Car Auction in Scottsdale, Ariz., Hendrick paid $700,000 for a special 30th Jahre – German for "year" – Anniversary Edition 2014 BMW M5 sedan, with all proceeds going to the BMW Car Club of America Foundation, which helps train young drivers. The car was one of just 30 imported in to the U.S. market, and one of just 300 produced worldwide.

The $700,000 hammer price was the high sale of the auction so far. And it hauls asphalt, too, thanks to a 600-horsepower engine, which propels it from zero to 60 miles per hour in just 3.9 seconds. The consignor described this car as "the last unsold example in this country" and "the most powerful production BMW ever."

Hendrick said the car will join the more than 200 cars in his Concord, N.C., museum. In fact, it will be parked next to a BMW i8 hybrid supercar in the same color. "We were fortunate enough to get the i8 in this color," said Hendrick. "This baby's going to go right beside the i8 in the museum. The only miles it's going to get are in the truck (sending it from Arizona to North Carolina.)" FoxSports