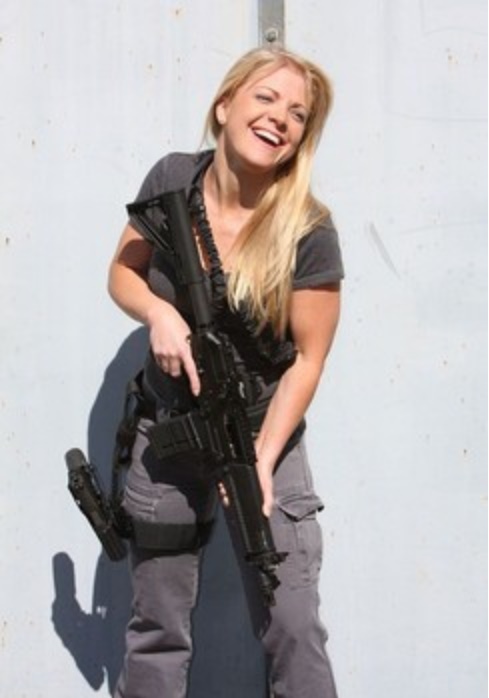 NASCAR driver Kurt Busch has been a news topic for the last few months, and for all the wrong reasons. This week he was in a courtroom in Delaware at a hearing stemming from an alleged domestic incident. The original incident made headlines late last year when allegations of domestic assault surfaced between Busch and his former girlfriend Patricia Driscoll. The incident occurred while NASCAR was at Dover International Speedway during the weekend of Sept. 26-28. Driscoll, filed for a court order of protection alleging that Busch was verbally abusive and that he wished he "had a gun so he could kill himself."

As a result of the incident Driscoll has asked that Busch,36, be evaluated by a psychiatrist and that he stay away from her and her son and that a protective order be issued. The hearing for that protective order wrapped up Tuesday and the testimony can only be considered bizarre. Among the allegations from Busch, given under oath, was that Driscoll a trained assassin and that she, among other things, in the inspiration for one of the female characters in a major motion picture about the assassination of Osama Bin Laden.

Driscoll denied the allegations shortly after the hearing and it seemed that Busch's testimony was treated in the media as the ranting's of a jilted lover. However, when looking at the background of Ms. Driscoll it becomes apparent that she isn't exactly a stay a home soccer mom. While she has been a great advocate for veterans, Driscoll also has an extensive background in law enforcement including some experience in tactical methods and training. She is an executive with Frontline Defense Systems LLC, a customized services company specifically designed to support the U.S. Govt. and commercial companies engaged in the Global War on Terror.

According to a biography on the company website Driscoll "has spent the majority of her career in the narcotics and intelligence world. While working abroad, many issues came up at home that brought her to Washington DC, where over the last 9 years she has developed strong relationships in the House, Senate, and the White House." Among the listings of her accomplishments, Driscoll has been an advisor for the field directors of Border Patrol and Customs to Congress and Headquarters Border Patrol and US Customs and is a Congressional advisor for narcotics, trafficking, immigration, and border protection.

During this week's hearing, Busch gave specific and detailed examples of what he said is Driscoll allegedly returning from missions, sometimes with bloody evidence. For example Busch said once when they were in El Paso Texas, Driscoll left in camouflage clothing and boots. She returned to their hotel later that night wearing a trench coat. Under it, she wore an evening gown splattered with blood. During the hearing, neither Driscoll nor her attorney refuted the claims. Wednesday a video surfaced from Pocket Commando showing Driscoll talking about the defense company she works for, how tough she is and shows her shooting military style weapons.

"There's a lot of sensitive things that I work on. Most of them you're never going to see," Driscoll said in the video. "I am a mom, a businesswoman, a patriot, a socialite, and a whole lot of attitude," Driscoll also said. "I have the reputation for not being the nicest person in the world, and I've earned it."

While it would be a far stretch to say there is any sort of evidence that Patricia Driscoll is a trained assassin, there may be more than meets the eye. What may seem to most as a crazy rant by Busch may actually have some basis in fact. Examiner