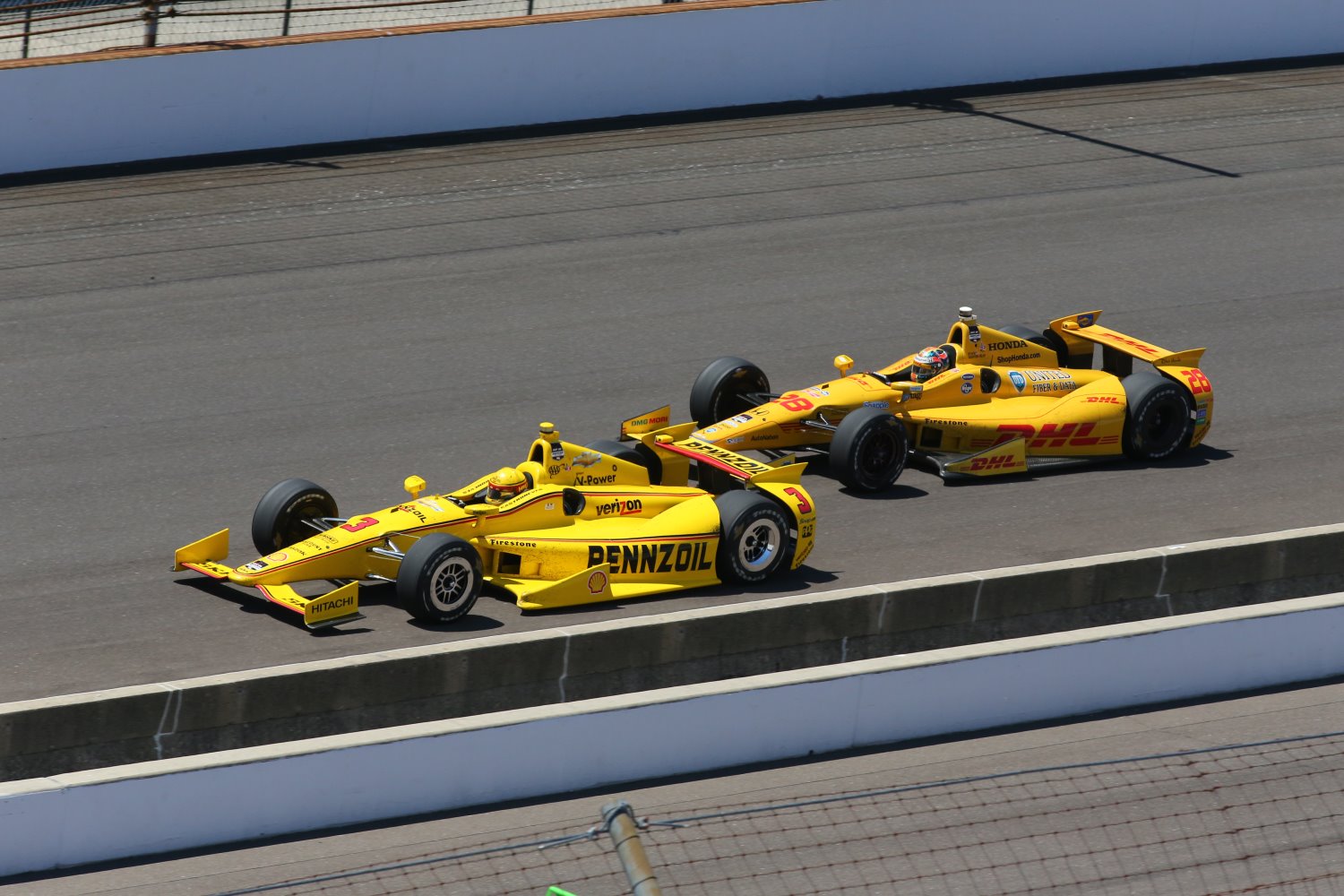 If not signing autographs for fans, he is cracking jokes, smiling and posing for photos with anyone who asks.

Brazilian-born Helio Castroneves is a magnet, a three-time Indy 500 winner and veteran of Team Penske, an athlete who knows the value of good public relations.

He also dances like Fred Astaire – well, I'm exaggerating slightly, but he partnered with Julianne Hough to win the fifth season of "Dancing With the Stars."

Thursday, he was at the North American International Auto Show at Cobo Center to meet fans, shake hands with sponsors and promote the May 29-31 Chevrolet Detroit Belle Isle Grand Prix.

Castroneves, 39, posed with fans and took time to visit the Chevrolet exhibit, looking over the Corvette C7.R and the 2016 Chevy Volt.

For a few minutes, Castroneves, the father of a young daughter, showed another side of himself — the human, slightly vulnerable side that makes him like you and me. I asked him about safety — on and off the track. I mentioned the Paris massacre and how he is dealing with the terrorism.

"It can be a dangerous world," said Castroneves, who drives the No. 3 Hitachi Dallara/Chevrolet in the Verizon IndyCar Series for Birmingham's Roger Penske. "I worry more about my family, obviously, than me. I participate in a dangerous sport, but the world has become scary, and I really think we are better than that."

Castroneves switched back to race mode when I asked about the finish of the 2014 Indy 500, when Ryan Hunter-Reay made a daring last-lap pass to beat him to the line by 600th of a second.

"Disappointed, yes, but to lose by that margin – the second-closest finish in 500 history – after racing for 500 miles, I'm just happy for the fans," Castroneves said.

On May 24, Castroneves will attempt to win his fourth Indy 500. He's also desperate to capture an IndyCar championship, having finished runner-up four times.

He could have won at Indy last year had he chopped down on Hunter-Reay, the Andretti Autosport champ. But he kept it clean.

"That's not me, and I don't think I could have lived with myself had I done that," Castroneves said.

At Belle Isle, Castroneves will be one of the hardest to beat in the Chevrolet Dual in Detroit two-race format. He and Penske teammate Will Power, who won the 2014 IndyCar championship, swept the weekend races last year. Detroit News