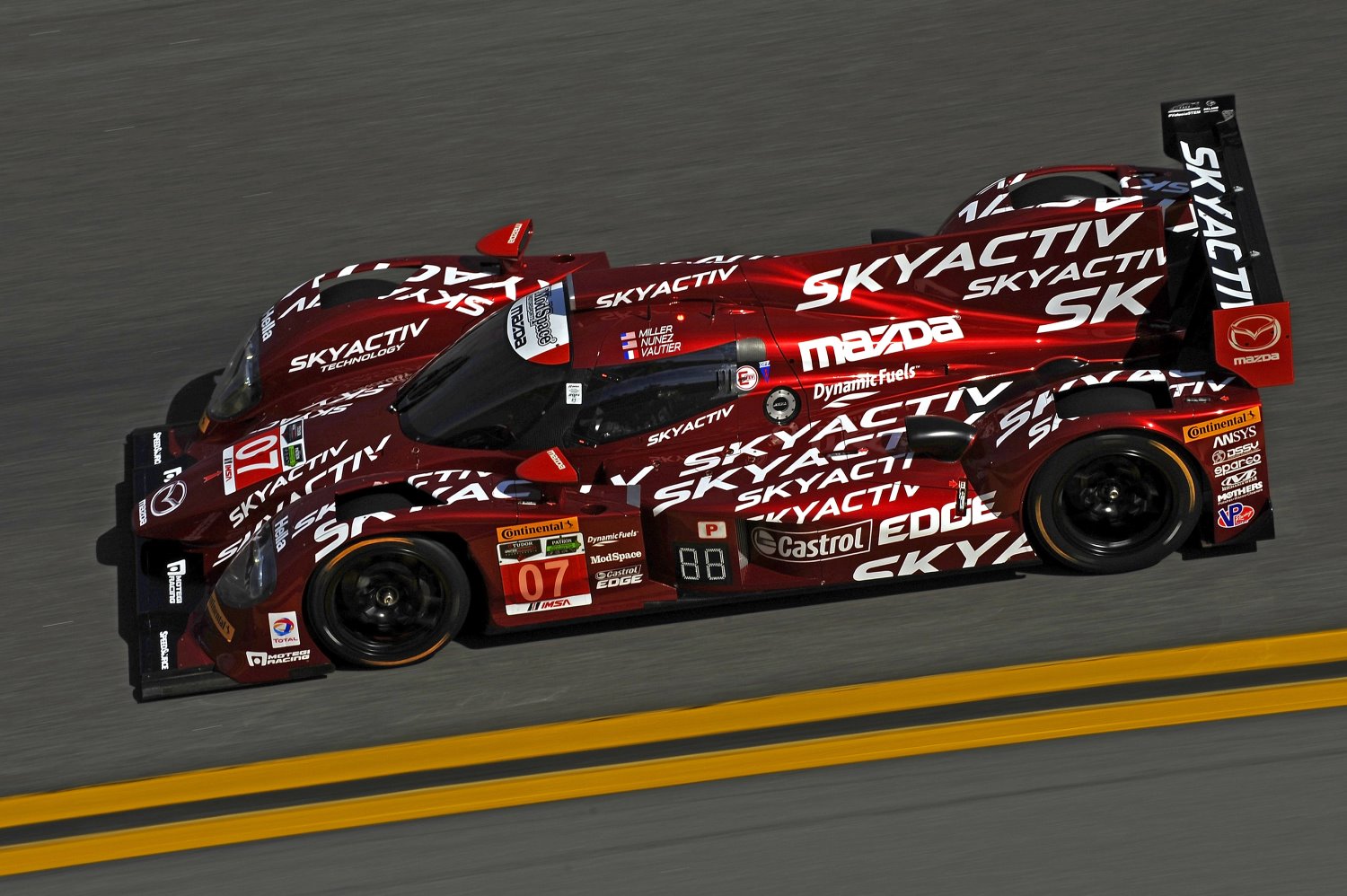 Mazda has added James Hinchcliffe to the SKYACTIV Prototype driver line-up for the 2015 Rolex 24 At Daytona. Hinchcliffe, a three-time IndyCar race winner and native of Oakville, Ontario, Canada, will drive for the Mazda factory team for the fourth consecutive year at the 24-hour race. Hinchcliffe, also known as the Mayor of Hinchtown, has driven in the Prototype, GT and GX categories at the Rolex 24. On his way to the IndyCar ranks, Hinchliffe competed in the Mazda Road to Indy ladder system that helps young drivers climb to the top level of their sport.

Mazda has powered 23 class victories at the Rolex 24 at Daytona since 1975, and the 2015 driver lineup for the Mazda SKYACTIV Prototypes will be:

James Hinchcliffe:
"This will be my fourth year in a row with Mazda, so I think that shows how I feel about them and the level of professionalism that they show. It is a privilege and joy to get to drive for them and it's a partnership I hope we can keep going for many more years."

"Coming up through the Mazda Road to Indy, I have had a lot of experience driving different Mazda-powered machines. To see what they've done with that program and how they support the ladder system, not only in open-wheel racing but sports car racing and motorsports overall, it's really really cool to see.

"(Director of Mazda Motorsports) John Doonan has been a big supporter of mine and a good friend for many years, so to get a chance to continue that relationship – personally and professionally – is great. With SpeedSource and Sylvain (Tremblay, team owner) and all the guys, John's put together a real crack organization. It goes hand-in-hand with how they do it at every level of the sport."

John Doonan, Director, Mazda Motorsports North America
"James is a great example of what the Mazda driver development programs are all about. I've known him for many years throughout his climb up the Mazda Road to Indy ladder to become a winning driver in IndyCar. He is a great young man who brings value to Mazda Motorsports on and off the track. We're thrilled to have him with us again."