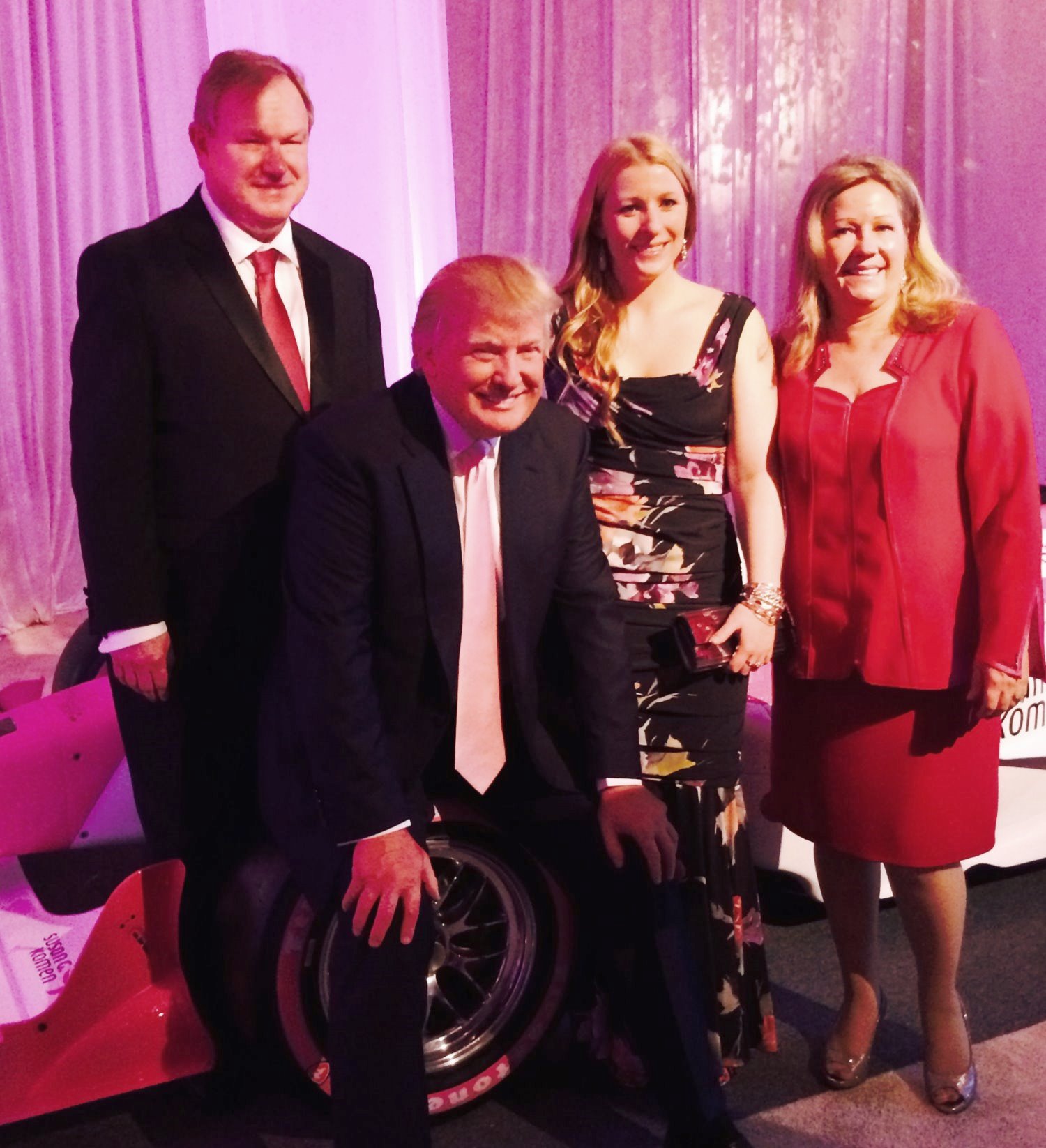 Racing was represented well with the Palm Beach elite as Indy Car driver Pippa Mann, who drove the Susan G. Komen car in this year's Indianapolis 500, and team owners Dale and Gail Coyne lent their support and donations to the group of over 400 at Donald Trump's Mar-a-Lago Club in Palm Beach.

Because she drove the pink Susan G. Komen car last year in the Indianapolis 500 and her work with the organization, Mann is on the guest list for the 5th Anniversary Perfect Pink Party, which is Jan. 10 at Trump's exclusive Mar-a-Lago Club in Palm Beach. The club, which is listed on the National Register of Historic Places, is in an estate that opened in 1927.

Mann will attend the event with a variety of philanthropists and executives, including Trump, Perfect Pink Party Gala Chair Christina Baker and her husband, Robert, CEO of National Realty and Development Corp (which recently purchased Saks Fifth Avenue) and Anne and Jerome Fisher, who founded women's shoe retail giant Nine West. Komen founder Nancy Brinker, who attended the 2014 Indianapolis 500, will be there, too, and is hosting a major donor's reception at her private residence. Dale Coyne, owner of the Verizon IndyCar Series team that entered the car for Mann, and his wife, Gail, are also attending.

The high-end event will be entertaining, for sure, but Mann will also be working while she's playing. She's attending the event with a pink IndyCar show car, which will exemplify the Komen car Mann drove, and she will be introduced with an Indianapolis 500 auction package for two – it's valued at $35,000.

"I'm really excited to be able to expose (the Verizon) IndyCar (Series) and the Indy 500 to the type of people who will be attending this event," said Mann, who has packed a full-length Dolce & Gabbana gown for the occasion. "It's a major Komen event and there are influential people there."

All that begs the question about Mann driving another pink Susan G. Komen car in this year's Indianapolis 500 and possibly during the 2015 Verizon IndyCar Series season, which kicks off March 8 in Brazil.