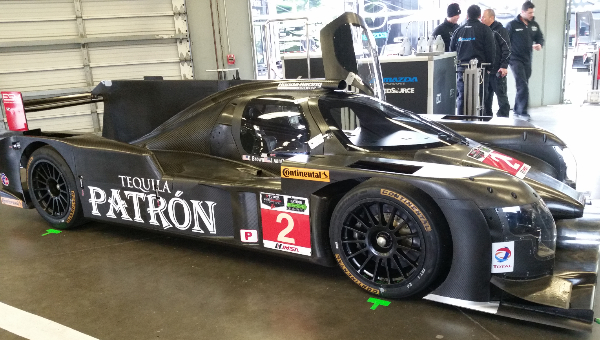 The start of a new year yields resolutions for the future and marks a time for change. Florida-based sportscar team Tequila Patron ESM takes 'new' to another level in 2015 by starting competition in a new series with new cars, drivers and now a new name.

The Scott Sharp and Ed Brown-led Tequila Patron-sponsored LMP2 team starts 2015 with a new moniker: Tequila Patron ESM – formerly Extreme Speed Motorsports. On the cusp of an adventurous new season of racing, the name change aligns with the team's transition to the global motorsports stage in the FIA World Endurance Championship (FIA WEC).

"Tequila Patron ESM is about to embark on an incredible schedule," says Scott Sharp. "To see the popularity and name recognition that Tequila Patron has achieved here in North America is astounding! As Patron starts to focus more globally, and use ESM as one of its tools to help promote brand awareness, it is only natural that ‘Tequila Patron' takes the primary position in the race team's name."

In November, Tequila Patron ESM announced its intention to compete in a full-season of the FIA WEC along with the Tequila Patron North American Endurance Cup races of the TUDOR United SportsCar Championship. The combination of FIA WEC and TUDOR Championship series races will have the team competing in the two most prestigious sportscar series at the world's premier motorsports facilities.

"We are thrilled to start the 2015 season as Tequila Patron ESM," said Ed Brown. "This season marks the beginning of a new era for us. We're competing in both the TUDOR Championship and FIA WEC. The new name enables us to introduce the Tequila Patron ultra-premium brand to some of the best venues and countries in the world. We felt it was important to have the Tequila Patron name out front as we enter the global motorsports stage. We are extremely excited to debut our new name and new Honda coupes this weekend at Daytona."

This week's Roar Before the Rolex 24 at Daytona International Speedway marks the public debut of the all-new HPD coupe. The six drivers will participate in the three-day pre-season test at the historic 3.56-mile, 12-turn circuit that utilizes portions of the track's famous high-banked tri-oval and infield road course, and is the first round of the 11-race TUDOR Championship.