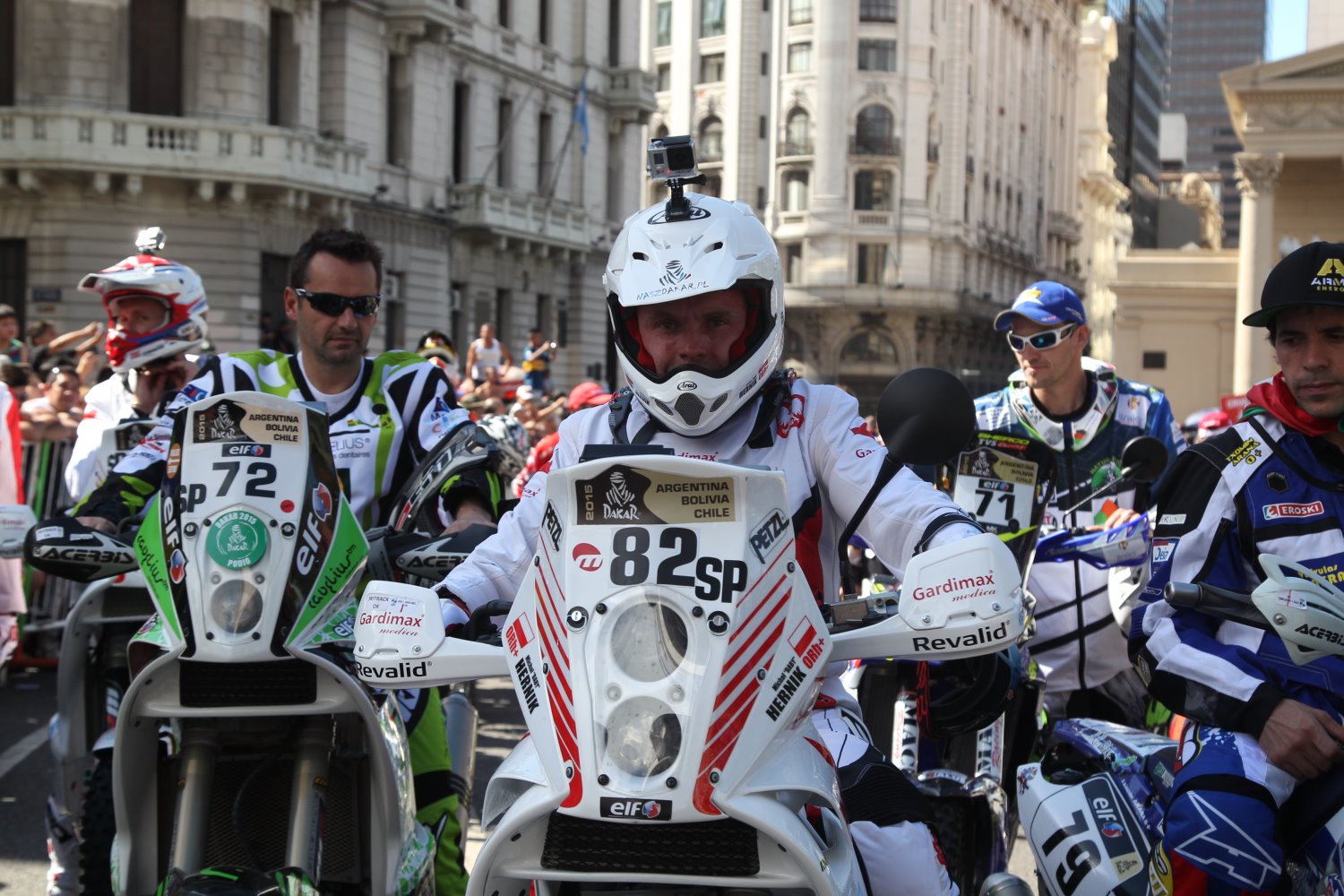 UPDATE Added photo of Hernik taken before the start of the race.

01/06/15 The Polish bike rider Michal Hernik (no. 82) was found dead on the selective section of the third stage of the rally between San Juan and Chilecito at kilometer 206.

The circumstances surrounding his death have yet to be determined, as the competitor did not show any external signs of an accident.

When the race management detected the loss of his Irritrack signal and was informed that he had not completed the special stage at 15:16, it decided to start a search for the rider at 15:23. An ambulance helicopter found the rider 300 meters off the route at 16:03. Unfortunately, the on-board doctor could only confirm the rider's death.

At 39 years of age, Michal was taking part in the Dakar for the first time and he was in 84th position in the general ranking. He had previously participated in the Abu Dhabi Desert Challenge in 2014 and the Morocco Rally in 2013, both of which he completed.