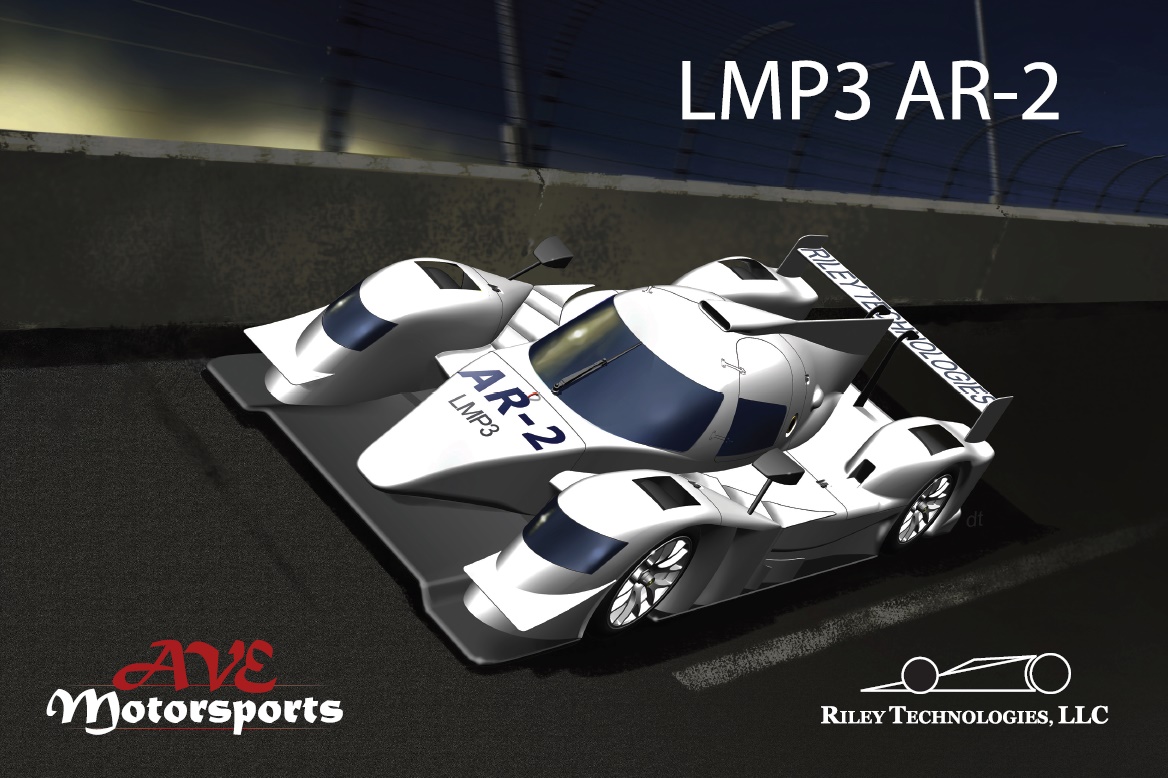 The AR-2 program is the latest collaboration between top constructors Ave Motorsports and Riley Technologies, both based in the Charlotte, North Carolina area, which have been racing and winning with AR-1 Trans Am cars in the United States for several years.

Ave Motorsports has built 17 AR-1 Trans Am cars over the last few seasons using a Riley design that company owner and founder, Tony Ave, acquired a few years ago.

"I am looking forward to my next project working with Riley-designed cars," Ave said. "The relationship has been the foundation of Ave Motorsports from the beginning, during the Oldsmobile Pro Series days, through the resurgence of Trans Am where we have won four of the last five championships and have produced 17 customer cars in recent years. Their involvement with our projects always goes past the design stage, with great interaction between the companies over the long haul."

Riley Technologies, led by Bob and Bill Riley, has been building race and championship-winning race cars for decades, including some of the most successful prototype designs in history, and looks forward to its next chapter of success working with Ave Motorsports in the design of the AR-2. Motorsports Hall of Fame of America member and legendary auto racing constructor Bob Riley is leading the design and engineering.

"When the ACO announced the LMP3 we were very excited," Bill Riley said. "After going through the rules, and having the car start to transform from design into reality, I think the ACO hit their marks for a great car. The concept design and engineering is being headed up by Bob Riley with Garrett Brady taking the lead on the mechanical design and body."

With Riley's design progressing, Ave is preparing staff and his shop to begin the construction process in the coming weeks.

"We have been looking at opportunities to expand out of the tube-frame GT car business into some carbon-tub sports car manufacturing," Ave said. "I have such familiarity and confidence in Riley designs, not to mention success both driving them and distributing them, so the LMP3 project seemed like a natural to us."

Riley is equally enthusiastic about Ave building the latest version of what has been a highly successful run of Riley-built prototypes for three decades.

"We have always had a strong relationship with Tony Ave and we look forward to another chapter of success with him," Bill Riley said. "The Trans Am car Ave builds is a winner and we feel his building techniques and skill sets will evolve nicely into the LMP3."

Mike Croake, of Riley Technologies, will be representing the new AR-2 program at this weekend's Autosport International – The Racing Car Show at the Birmingham NEC just outside of London, England, January 8 – 11. Croake and information on the new car can be found at the Aurora Bearings Booth.

The new LMP3 category will debut this year in the European Le Mans Series (ELMS) and Asian Le Mans Series (Asian LMS) but the AR-2 is also a competitive and suitable option for several North American series. These include the National Auto Sports Association (NASA) Super Unlimited class and the Sports Car Club of America (SCCA) SPO (Super Production Open) division. The AR-2 is also expected to be a popular option as a premium track-day car offering.