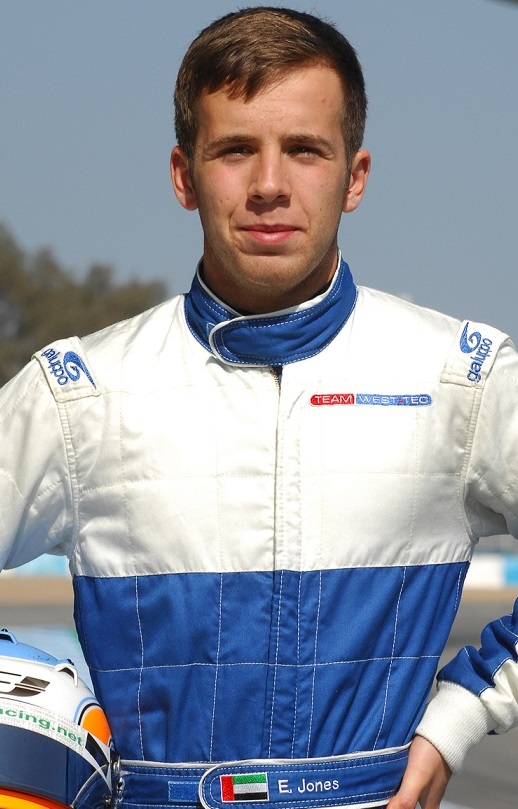 Dubai-born Edward Jones says that Carlin's decision to contest the 2015 Indy Lights series has come at just the right time for his own career.

The 19-year old admits to having long held an ambition to race in the US, and that Carlin's expansion into IndyCar feeder category coincides nicely with his plans. Jones was part of Carlin's F3 line-up in 2014 and, although his season was curtailed by injury, he still managed to finish on the podium twice. Now the two parties are set to embark on a new adventure together.

"I am really excited and thankful for this opportunity to race in Indy Lights," UAE-based Jones said, "I have always seen myself going over to the States for racing at some point and Carlin's choice to participate in the series has made it an ideal time to make the transition a reality.

"There will be a lot to learn for the team and myself, especially on the ovals, but I am as motivated as ever to make it a success with the aim of making it to IndyCar now clearly in sight."

Not long ago young Jones could be found regularly pounding around the Dubai Kartdrome, where he spent a large part of his formative racing years, but team owner Trevor Carlin is confident the youngster can make an immediate impact in the US.

"We are beyond delighted that Ed will be making this journey to Indy Lights with us," Carlin commented, "He's shown pace and determination this season in F3, and is a joy to work with.

"It is a great start to our Indy Lights campaign that we are able to take one of our existing drivers to the US, and I've no doubt that Ed has the ability to be competitive from the outset."

Prior to his move into the FIA F3 European Championship, Jones was the youngest winner Euro F3 Open champion, and was also a frontrunner in Formula Renault Eurocup. His only previous experience in the United States was participation in the Florida Winter Series at the start of 2014, but his Indy Lights campaign will start with five test sessions, the first in mid-January, which should stand him in good stead for the rest of the season. crash