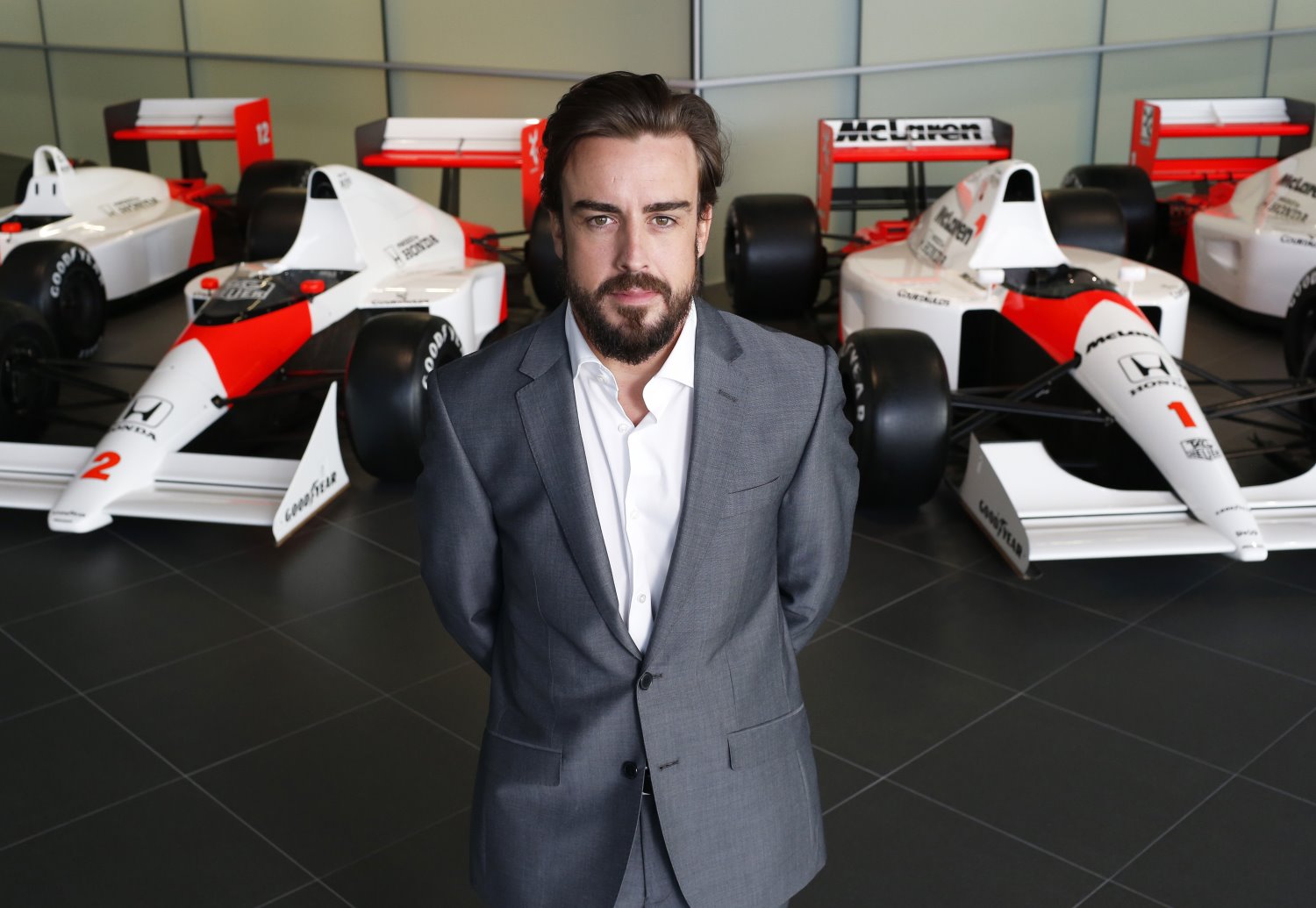 Alonso first in line for Hamilton's seat – Wolff
(GMM) Fernando Alonso is at the top of Mercedes' list, should Lewis Hamilton not stay with the dominant German team beyond this year.

That is the admission of team boss Toto Wolff, in comments that might be interpreted as a 'hurry up' to F1's new reigning world champion.

Briton Hamilton's Mercedes deal runs out at the end of 2015, and Wolff had said recently that he wanted to renew it as soon as possible.

But whilst holidaying in the Austrian ski town of Kitzbuhel, he has now told Italy's La Gazzetta dello Sport: "There's no hurry. We will talk about it during the year.

"I am optimistic," said Wolff. "The priority is to continue with these drivers.

"But if that's not possible, Alonso is the first alternative. Then there's Bottas."

With Hamilton and Nico Rosberg under firm contract for 2015, Spaniard Alonso rejoined the newly works Honda-powered McLaren team for this year after leaving Ferrari.

But there has been speculation the McLaren deal includes an exit clause that could see Alonso jump to Mercedes for 2016 should a vacancy arise.

Speaking about Alonso's McLaren move, Wolff said: "He is dangerous in any car. If he has a car in his hands that is capable of being sixth, he takes it to third."

Mercedes to test 2015 car in January – Wolff
(GMM) Mercedes is on course to launch its title-defending car on the eve of the first winter test, team boss Toto Wolff has revealed.

"We are on schedule and have a clear idea of where we are in terms of chassis and engine," he told Italy's La Gazzetta dello Sport whilst holidaying in the Austrian ski town Kitzbuhel.

Brackley based Mercedes utterly dominated the 2014 season, but Wolff says he doesn't mind "at all" that champion Lewis Hamilton has elected to keep his personal number 44 this year rather than carry the coveted number 1.

Instead, Wolff's mind is on ensuring Mercedes stays at the top of F1.

"The first goal is to assemble the car in time for mid January," he said, "when we plan a test at Silverstone.

"But only at Jerez will we have a picture of the balance of power with the opposition."

When asked if he knows when the W06 will be officially launched, Wolff answered: "No, but I do not exclude that it will happen right before the first test in Spain."

He said there is no chance Mercedes will be entering the season more relaxed, given the team's level of dominance last year.

"Compared to last year, when the new formula came in, margins for improvement are smaller now and our opponents know our strengths and what they need to focus on to beat us."

Mercedes' rivals appear to have at least won an off-track battle, as the use of the 32 engine 'freeze' development tokens can now be deployed throughout 2015.

"Everything depends on the interpretation of the rules," Wolff confirmed, "the FIA offered its version and I do not see any problems.

"Certainly the freezing of engines in February is best for those who are at the front," he admitted, "but we are able to develop too."

Williams 'most dangerous' 2015 rival – Wolff
(GMM) Toto Wolff has singled out Williams as the most dangerous opponent for title defenders Mercedes in 2015.

But it was Mercedes-powered Williams that ended the season as arguably the works team's closest challenger.

Asked by Italy's La Gazzetta dello Sport to name the "most dangerous opponent" for Mercedes in 2015, team boss Wolff answered: "I would put Williams at the top of the list.

"But I also fear Red Bull; they won four titles in a row and will put every resource into fighting for the world championship again," he added.

Next best in 2014 was the beleaguered F1 giant Ferrari, but Wolff refuses to write off the Maranello team despite the current slump and turmoil.

"I think it's normal that when there are changes of this type, there may be difficult times," he said.

"Sebastian brings four world titles, enthusiasm and experience," he said. "It will be an incentive for the people of the incredible Ferrari.

"Never write them off. Ferrari is an icon and it's important that soon they are able to win again. I am convinced they will return to being competitive, and perhaps as early as 2015."

Wolff also told La Gazzetta that Fernando Alonso is a threat at the wheel of any car, even though McLaren's early tests with the new Honda engine were not successful.

"The problems they (Honda) had were not associated with the engine, but the electronics," he said.

"Difficulties of that type are unavoidable in the first tests — we've all been through it," Wolff added.

In 2013, amid the Grove team's slump, the French Canadian told the Portuguese language magazine Revista Warmup that "When a team is reduced to hiring pay-drivers, it's over".

At the time, he was referring to Pastor Maldonado and Valtteri Bottas.

Maldonado has since switched to Lotus, but although Finn Bottas is backed by some sponsors and managed by team co-owner Toto Wolff, he emerged in 2014 as a true rising star of F1.

Indeed, Mercedes team boss Wolff has now named Bottas as next in line behind Fernando Alonso should a vacancy arise at the dominant works team.

And Bottas, 25, has also been linked with a future move to Ferrari.

"They (Ferrari) do not have a lot of options when the contract of Raikkonen expires," Wolff told Italy's La Gazzetta dello Sport on Thursday.

"From my side, there are certain conditions in the event that his (Bottas') future sits outside of Mercedes."

Villeneuve, once outspoken about Bottas, agrees that the situation at Williams has now changed.

"Bottas is a young driver, not really a pay-driver," he told the latest edition of Revista Warmup. "Even with Felipe Massa they got some money from Brazil.

"But he is also a professional driver with a past, a career, and they (Williams) knew well how to use the money," said Villeneuve.

He admitted that Williams' customer Mercedes engine deal also helped the beleaguered Grove team to revolutionize its fortunes in 2014, as it powered to third place in the constructors' championship.

Wolff is now singling out Williams as perhaps the 'most dangerous' rival to Mercedes for 2015.

"Williams does not have a big budget," said Villeneuve, "yet they managed to turn the tide. But it is not completed yet.

"This (2014) was the first season that they went well so we will have to see if it continues the same way."

The 43-year-old, who won seven grands prix for Williams en route to the 1997 title, said he expected Williams to put in an improved performance in 2014, "but not that good".

"I expected them to be better," said Villeneuve, "but they exceeded expectations."