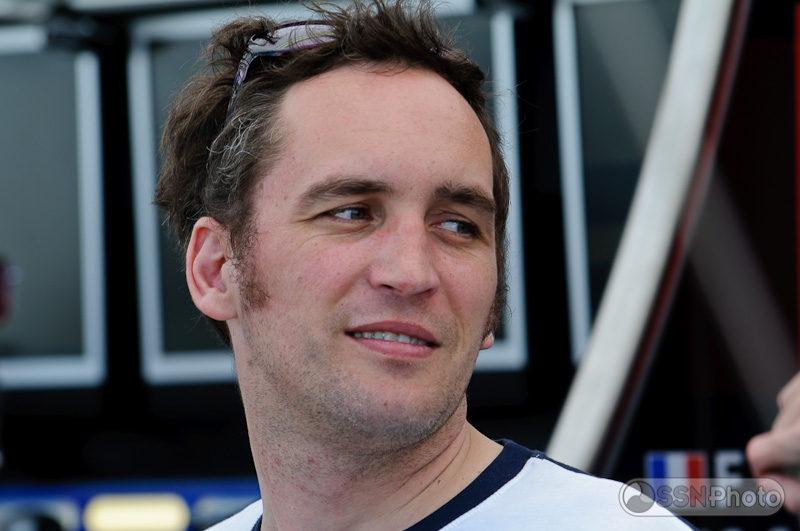 The 36-year-old, a former Renault and Jordan test driver who raced seven times for Super Aguri in 2006, drove for the Andretti team in the new Formula E series this year in Beijing and Putrajaya.

But Montagny was replaced by Jean-Eric Vergne at the Punta Del Este event, and he has now admitted it was because he tested positive for a cocaine derivative.

The French sports daily said he is suspended from racing until the FIA hands down a sanction.

"After the event I saw the guy who tests signaling me," Montagny admitted. "There, in my head, I knew immediately. It was over.

Montagny has also worked as a F1 commentator for French television.

01/01/15 Ex-Formula 1 driver Franck Montagny fears his motorsport career may be over after testing positive for a derivative of cocaine.

The former Super Aguri driver, who started the inaugural 2014-15 Formula E season with Andretti Autosport, has been suspended from competition pending final confirmation of any sanction.

According to French newspaper L'Equipe, Montagny has not contested the result of a test carried out after the second Formula E round in Malaysia on November 22 2014.

"Auto sport is perhaps over for me," the Frenchman is quoted as saying.

"At the end of the race, I see the guy who tests signaling me. There, in my head, I understood immediately. I knew it was dead.

Prior to his seven-race Super Aguri sojourn in 2006, Montagny had tested extensively for the Renault team since 2004, having won the previous year's World Series by Nissan title and the Japanese manufacturer's Formula Open championship in 2001.

After outings for the French A1 Grand Prix team in 2007 Montagny moved into sportscar racing, joining Peugeot's factory effort and earning back-to-back Le Mans 24 Hours podiums in 2010 and 2011, as well as winning races in the American Le Mans Series.

He joined Andretti for the inaugural Formula E season, finishing second in the opener in Beijing, but was only 15th in Malaysia and withdrew from the most recent race in Uruguay last month, citing illness, with Matthew Brabham taking his seat. Autosport