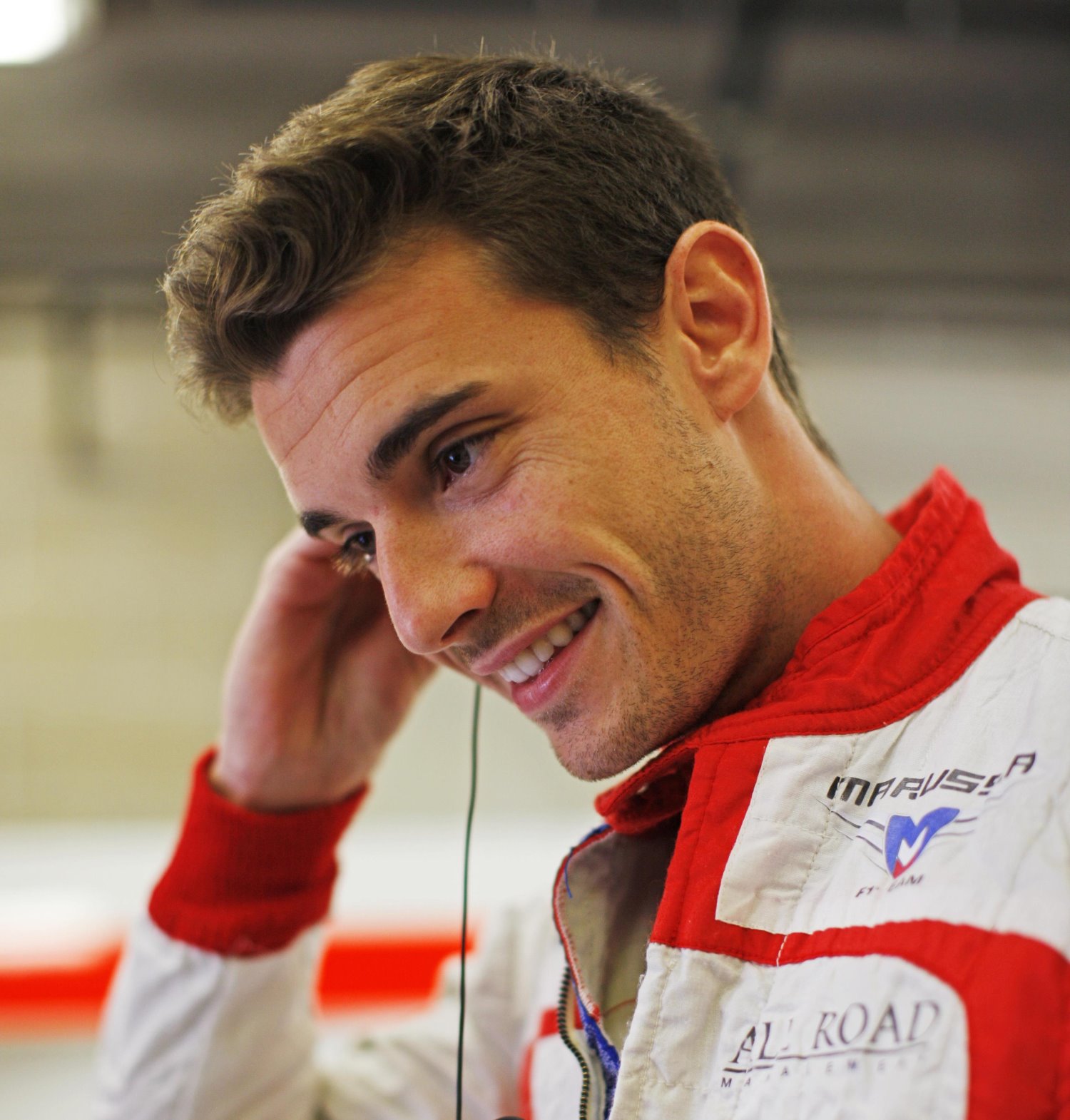 From ESPNF1.com — Jules Bianchi's condition remains unchanged but he has begun rehabilitation therapy, according to the latest statement from his family.

Bianchi's parents Philippe and Christine said there is no new information to report on the Frenchman's condition following his crash at the Japanese Grand Prix, which left him with a serious brain injury. Bianchi was transferred to a French hospital last month and continues to breath unaided, though he remains unconscious.

"It was a significant and very comforting step for us to be able to bring Jules home to France last month, to continue his rehabilitation surrounded by his family and friends," the statement said. "This is very important for Jules and also for us. Since that time, Jules has received the very best treatment in the Intensive Care Unit of Le Centre Hospitalier Universitaire de Nice (CHU) and now at the CHU's rehabilitation centre for this kind of trauma.

"Jules' neurological status remains unchanged; he is unconscious but able to breathe unaided. Whilst there is no significant information to report, we take a great deal of comfort from the fact that Jules continues to fight, as we knew he would, and this has enabled the medical professionals caring for him to commence the planned, but very painstaking, programme of rehabilitation therapy."

The family thanked fans across the world for the support they have shown since Bianchi's accident.

"As we reflect on the events of the past few months, we would like to acknowledge once again the overwhelming warmth and affection shown towards our son. These continue to be challenging times for our family, but the knowledge that he has touched the lives of so many people all around the world has helped us through.

"We would also like to acknowledge the respect and support shown by the media towards our family during this time, for which we are extremely grateful. We will continue to provide information when it is possible to do so and our sincere appreciation to everyone who continues to pray for Jules."