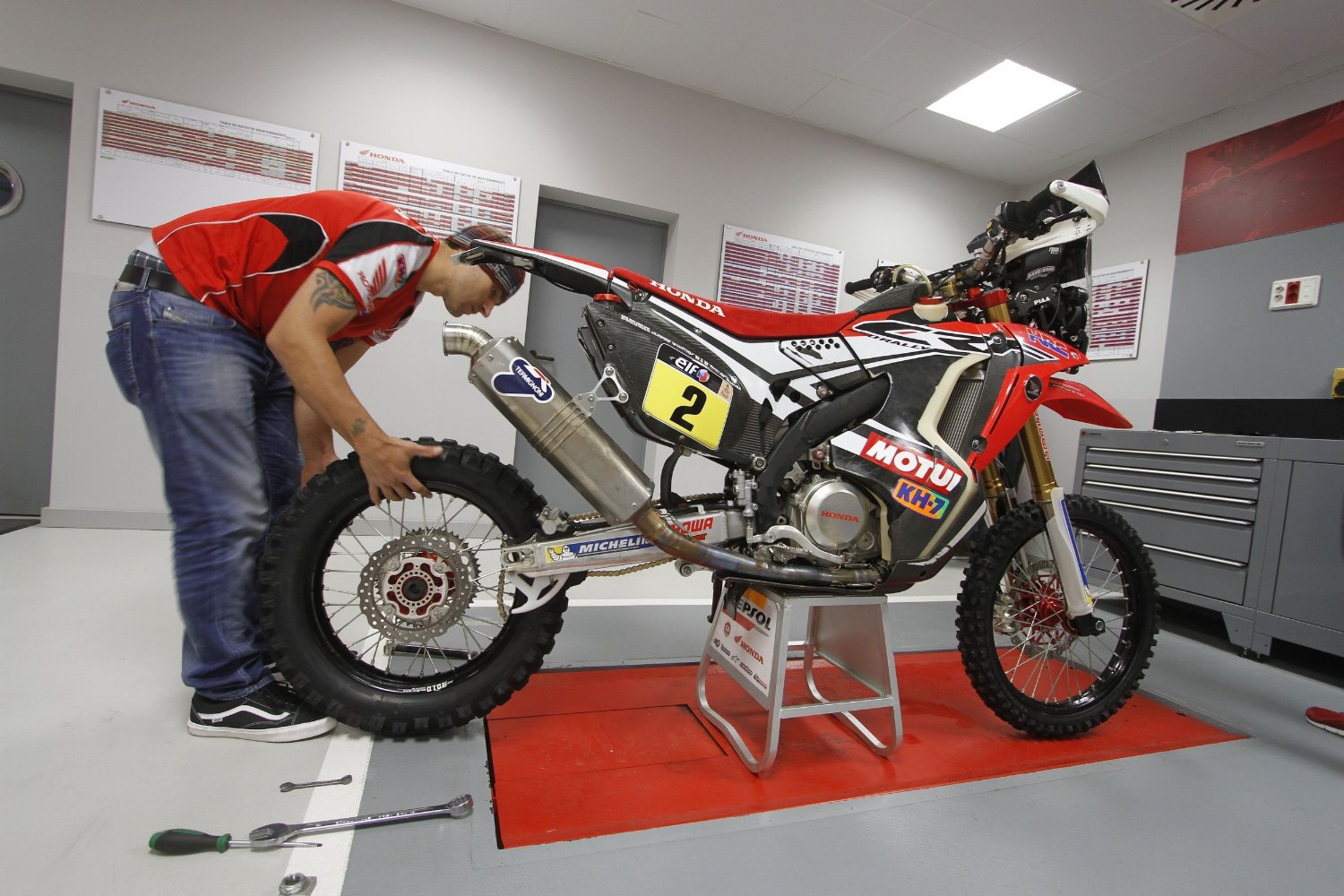 The Rally Dakar is all set to get underway in just ten days time in Buenos Aires. Once there, the culmination of nearly 365 days work will be on display, as the riders go in pursuit of the prize at the end of the world’s toughest race. They will take in over 9,000 kilometers of track on the way. Everything has been prepared down to the minutest detail, no matter how insignificant it might seem. To stand a chance of winning the Dakar requires far more than mere training and speed on the track; methodical groundwork and analysis are needed too.

The bikes are already in Argentina after setting off from the French port of Le Havre one month ago, and soon the mechanics will have the Honda CRF450 RALLY ship-shape to embark on the big adventure too.

Elsewhere, the riders continue their physical preparation, be it in the gym, on the bicycle, or carrying out mountain crossings to get the body used to the altitudes that await them.

But there are many other factors in play if victory is to be theirs; and that includes the mechanical side. Not leaving anything to chance, Team HRC riders Joan Barreda, Paulo Goncalves, Helder Rodrigues, Jeremias Israel and Laia Sanz have made a further step towards total understanding of the machine: after the three day 'stage' the Instituto de Seguridad Honda facilities at Honda Spain, oversaw how the riders were able to strip down and rebuild the Honda CRF450 RALLY. This task will set the participants up for the two grueling marathon stages that the Dakar will have in store this year. The final training session as the great challenge draws near. Ready to rumble.

Wolfgang Fischer Team HRC
This is a final preparation for the Dakar 2015, and we are here with almost all the team and riders in the North of Spain, spending a week of final training and fine-tuning, and putting in the final preparations ahead of the Dakar. We’re happy to be in a very nice place with ideal weather conditions in Spain, and great support from Honda Spain, close to the headquarters here in Barcelona. After these days, everyone is confident and looking forward to meeting again in Buenos Aires, and starting the next great adventure, with a determined approach to getting a top result. For sure, this Dakar 2015 will be a big challenge with two marathon stages in the race, and it’s the last chance now to bring everybody together before we go there and switch from preparation mode to race mode, and attack.