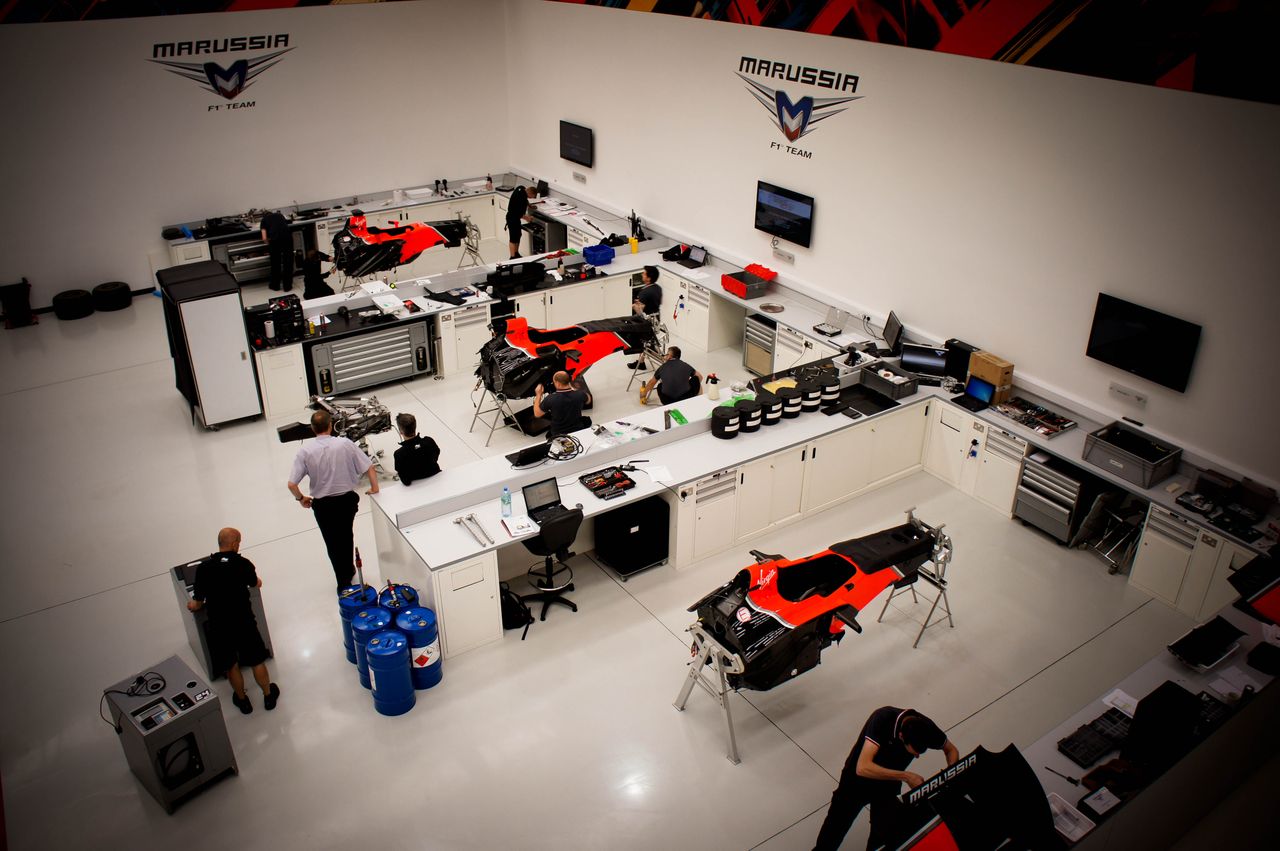 Swiss Buemi, the new sports car world champion for Toyota and also a race driver in Formula E, has served in recent years as the official F1 reserve for Red Bull.

The former Toro Rosso racer admitted to the Swiss newspaper Blick this week that if Daniel Ricciardo or Daniil Kvyat are unable to race in 2015, he will once again be first in line for the seat.

"One never wishes anything bad for a colleague," said the 26-year-old. "The truth is that I enjoy working in the simulator.

"That's why I have signed up again for another two years," Buemi added.

Red Bull confirmed late on Tuesday that Buemi will indeed be the reserve driver in 2015.

"He's been closely associated with the team for some years now, we value his skills very highly and we have a great working relationship with him," said team boss Christian Horner.

Although the cars will be designed and manufactured at a bespoke facility alongside the Stewart-Haas Nascar team in North Carolina, owner Gene Haas has also been looking for a separate UK base for his F1 outfit.

"I guess it might be a possibility to take a look at the Marussia HQ," he told F1 business journalist Christian Sylt in the Guardian last week.

Racecar Engineering is now reporting that Haas has indeed acquired the Marussia facility, having also declared his interest in bidding for some of the ailing backmarker's assets.

The report added: "It is thought that Haas has also acquired the data and designs for the 2015 Marussia."

It is a different story for the similarly-troubled 2014 backmarker Caterham, whose administrators are still hopeful the team can race on next year.

Sky reports that a meeting with creditors on Monday was promising, with joint administrator Henry Shinners declaring afterwards: "Our dialogue with prospective interested parties continues.

"We remain hopeful that the Caterham formula one team can be saved and be on the grid in Melbourne for the first race of 2015."

That was the view of Daimler supremo Dieter Zetsche as he wrote an internal Christmas letter to employees, which has been revealed by Germany's Sport Bild.

The letter comes at the end of a stunningly successful season for the German marque, having utterly dominated the 2014 world championship.

Lewis Hamilton won the drivers' crown, but it was German Rosberg's attitude as he battled with his failing Mercedes that truly impressed Zetsche.

He recalls how Rosberg was called into the pits to retire his dying car, but the 29-year-old asked to be allowed to push on to the checkered flag.

"It was not just about the checkered flag," wrote Zetsche, "it was a matter of principle. Don't give up.

"This attitude is the same as our colleagues who worked for these achievements step by step in recent years," he added.

"It is great that Renault are now working with Ilmor," said Christian Horner, the boss of Renault's works team Red Bull, who in 2014 failed to win the title for the first time since 2009.

Renault faltered badly at the start of the all-new turbo V6 era in 2014, as Mercedes utterly dominated.

So it was significant that, as the 2014 season ended in Abu Dhabi recently, a notable VIP in the Red Bull garage was the multiple title-winning former Mercedes F1 designer Illien.

"Ilmor is a strong company with extensive experience with similar engines used in other series," Abiteboul told France's Auto Hebdo.

He confirmed that Illien's UK based company is now "performing some tasks" on behalf of the Renault F1 project.

"This is very useful in situations where it is necessary to analyze a set of solutions," Abiteboul added.

Another key reason for the Illien alliance, he admitted, is that it is "not so easy to create such a very complex hybrid system in the centre of France".

"We are not in the English 'Motorsport Valley', where in pubs every evening engineers from all over meet over a beer," he added.

The fabled Italian team's new boss Maurizio Arrivabene confirmed to reporters earlier this week that the new project, codenamed 666, has passed all of its mandatory FIA crash tests.

It looks set to be debuted on schedule at the first official winter test at Jerez on February 1.

Before that, Arrivabene told Italy's Omnicorse, "It will be shown on the web at the end of January. The date is not yet specified.

"The reason is very simple," he explained. "The engineers have told me that, to prepare for a presentation as in the past years, it takes three days.

"That is too much in a phase that I prefer work is dedicated to the development of the car," Arrivabene added.

Montezemolo disappointed by Marchionne's comments
(GMM) Luca di Montezemolo has reacted with disappointment to suggestions his reign was responsible for Ferrari's decline.

New chiefs Sergio Marchionne and Maurizio Arrivabene addressed the media earlier this week and admitted that Maranello's 2015 project will not be a title winner.

"We are now coming from behind because of choices made by other people," said Marchionne, who ousted long-time president Montezemolo earlier this year.

Marchionne also admitted that he was opposed in principle to Montezemolo's candidature as the new chairman of the Formula One Group.

Montezemolo reacted by telling the Italian news agency Ansa that, regarding Marchionne's comments, "I promised myself not to make polemics for the deep love that I have for Ferrari".

"For the respect it deserves to those who work there today and who have worked on projects that won on the race track," the 67-year-old Italian added.

"In recent weeks I have witnessed repeated utterances that in some cases do not correspond to reality," Montezemolo added.

"I do not intend to respond to these provocations," he said.

"The sporting success, greater than that achieved by any other team, the strength and prestige of the brand in the world and the financial results critical to the FCA (Fiat Chrysler) group that this year will be the best in the history of the company, all speak for themselves."