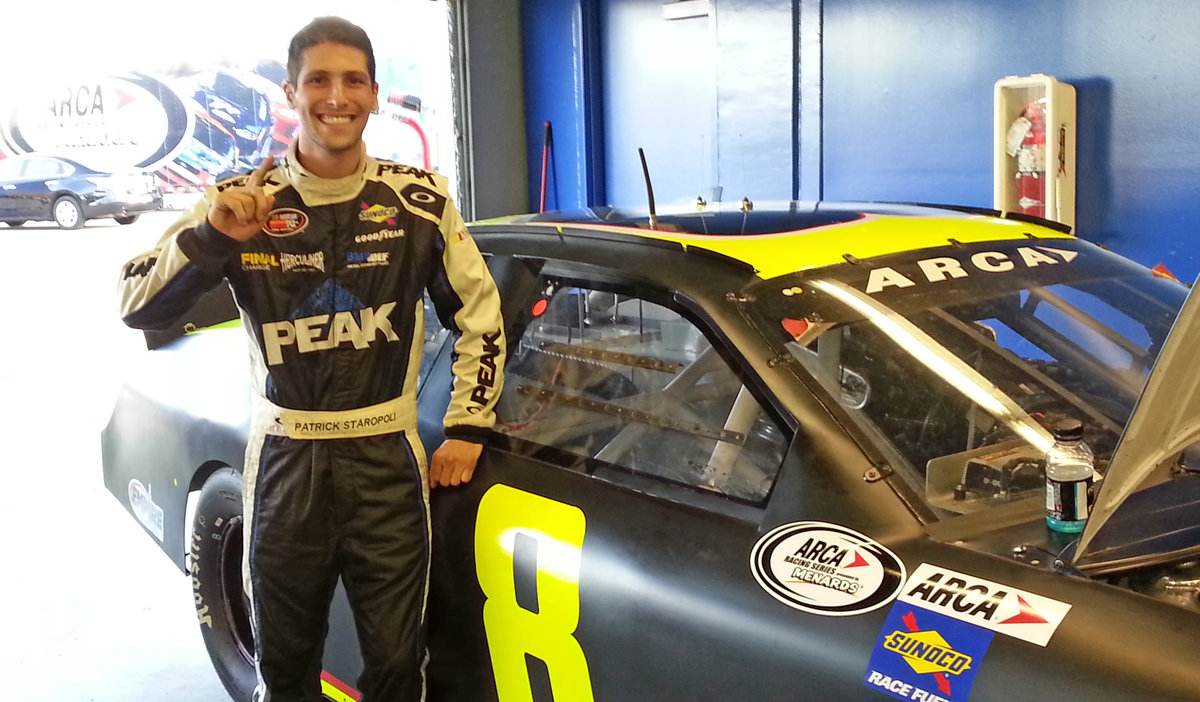 Patrick Staropoli could not have imagined he'd be on top the ARCA Racing Series presented by Menards test charts Friday at Daytona Int'l Speedway. That's because, as of the night before, he had no idea he'd even be at the "World Center of Racing".

"One of Empire's drivers got really sick so we got a call last night to see if I'd be interested. So l left Charlotte right away, drove all night and got here at four in the morning, slept for about an hour, and came out to the track.

"It's more than I could have hoped for. I still can't believe it. I just want to thank Richard Hardin of American RF…he found out that Sean Corr was looking for a driver, and got in touch with me. This is amazing. The biggest track I had ever been on before was Iowa."

"I got to run five K&N races and won one of them at Irwindale (Speedway), which ultimately led me to this opportunity.

"I had no idea what to expect. The only race I've ever run here was on the backstretch in a K&N car so I had no idea what I was getting into. I've never drafted before, but it's the coolest thing…to feel how the wind moves and shoves the car around.

"Hopefully I've turned some heads and opened some doors. I'm so hoping I get to come back here and race. This place is amazing."

"I'm a year-and-a-half into med school, but I took a year off to pursue the racing opportunities that came by way."

Staropoli, in the No. 48 Ford Fusion, was fastest (188.344 mph) among 39 drivers that posted time and speed in the afternoon session. Series veteran and eight-time Daytona winner Bobby Gerhart was second quickest in the afternoon session followed by Venturini Motorsports drivers Leilani Munter and Cody Coughlin. David Levine was fifth overall.

Testing resumes Saturday with two sessions, one in the morning from 9-12, and the other in the afternoon from 1-5. ARCAracing.com will provide live timing and scoring of all on-track activities.