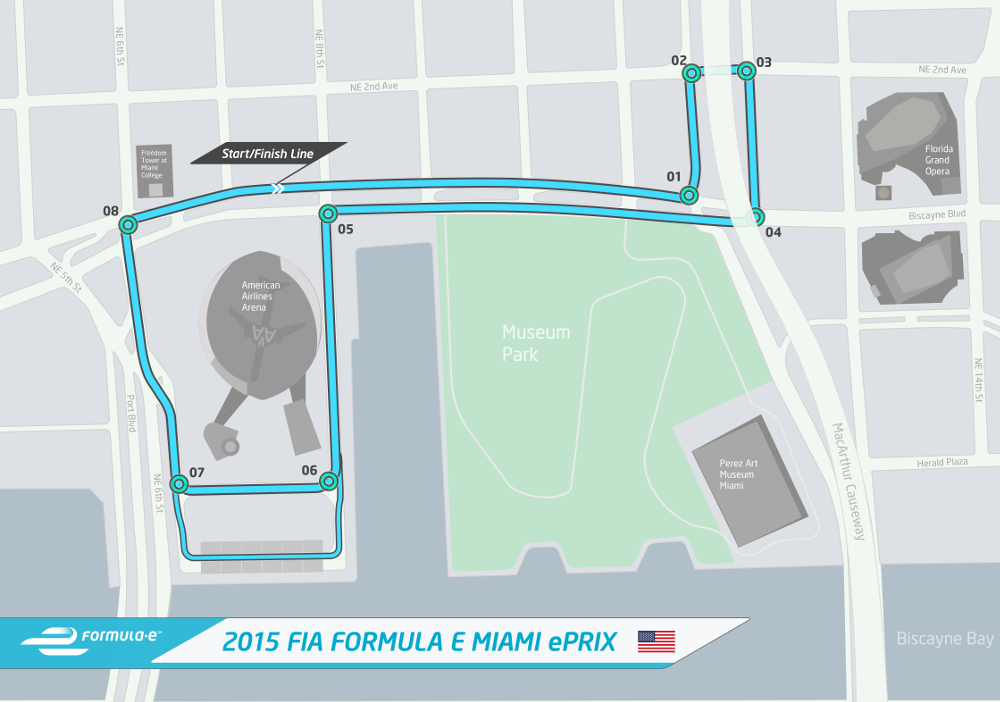 Tickets for the 2015 Miami ePrix on March 14 – the fifth round of the new FIA Formula E Championship – are now on sale here.

The race is the first of two held in the US and will see 20 fully-electric open-wheel cars racing around a temporary street circuit located in Downtown Miami. The eight turn, 2.17km circuit stretches along Biscayne Bay around the streets of the AmericanAirlines Arena, home to the Miami Heat NBA basketball team.

General admission tickets (standing) are priced at just $15 if purchased before January 31 2015, rising to only $20 thereafter. Children under five go free with 10% discounts for students, members of the fire brigade and army. Meanwhile, grandstand seats cost from $85 rising to $225 for hospitality packages.

The Miami ePrix will also see the inaugural Formula E Motor Show running from 13-15 displaying the latest range of electric and hybrid vehicles.

The race will be jointly organized by Andretti Sports Marketing and has the full backing of Miami Mayor Tomas Regalado: “I’m pleased to be welcoming Formula E to Miami, the location of the first electric single-seater race in America. We are proud to be among the elite group of international cities hosting the FIA Formula E Championship."

The Miami ePrix is the first of two US races alongside Long Beach on April 4, 2015.