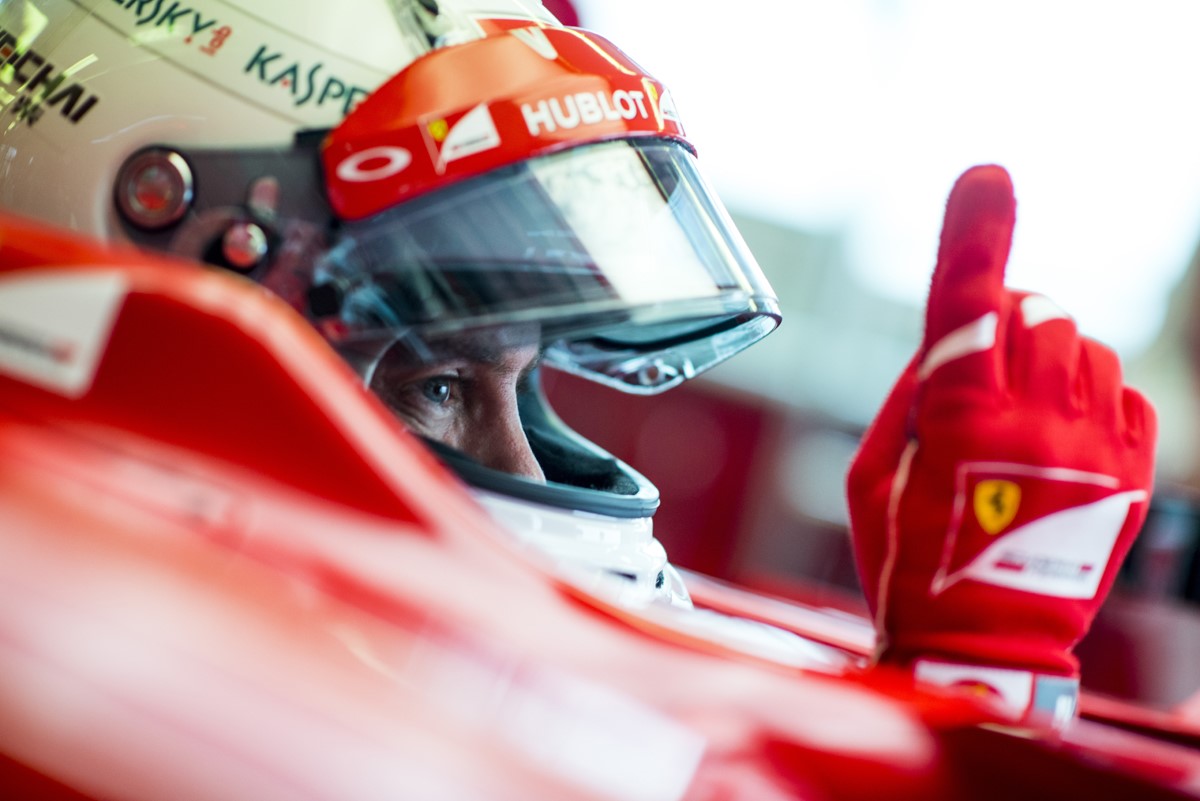 Haas to bid for failed Marussia's assets
(GMM) Gene Haas has a close eye on Marussia as the backmarker team's collapse is completed over the next few days.

On Tuesday, the assets of the failed Banbury-based team will begin to be sold at auction, and Haas – whose own team will debut in 2016 – could be a significant bidder.

"We have got the Marussia auction list so I think we will be bidders for some of that stuff," the Nascar team co-owner told F1 business journalist Christian Sylt.

Haas said he is determined that his F1 outfit, to be based alongside the Stewart-Haas Nascar team in North Carolina, will not make the same mistakes as Marussia and Caterham.

His approach will see the cars designed in America, with a satellite headquarters for the race team somewhere in England.

"A lot of the teams in the UK build everything themselves," Haas told the Guardian. "They seem to have this English mentality that this is the way it has to be done and that is just not our business model at all."

As for the intended UK base, he added: "We looked at a place in Abingdon (Oxfordshire) and there are several available in that area. I guess it might be a possibility to take a look at the Marussia HQ too."

With Marussia and Caterham already collapsing, further team losses could result in top teams like McLaren and Ferrari having to field third cars to bolster numbers.

It is therefore interesting that those grandee teams have now signed the likes of Kevin Magnussen and Esteban Gutierrez respectively as third drivers for the 2015 season.

"It is my intention to try to assist them because I think third cars are not good for formula one."

Amid the turmoil of Ferrari's 2014 campaign, long-time chief Montezemolo was among the casualties as parent Fiat Chrysler's Sergio Marchionne took over.

"I remain the biggest fan of Ferrari," Italian media quoted Montezemolo as saying late on Monday, "even if it is the end of an era both for myself and for Ferrari.

"As I still had a two-year contract, the project for the future did not appeal so I tried to find an alternative," he was quoted by El Mundo newspaper.

"I thank them for their understanding, as they could have told me to stay," said Alonso.

On the matter of Alonso's exit, Montezemolo said it was the right move for Ferrari.

"I'm sorry about Fernando Alonso," he said, "but Vettel is the correct choice.

"He and Ferrari have the same will for revenge," Montezemolo insisted.

"Will Ferrari be back winning soon? I really hope so. It's important to want to try to win it (the championship) with spirit and passion, and then we'll see."

Backed by struggling Ferrari and Renault, F1 supremo Bernie Ecclestone is so concerned about the current turbo V6 rules that at Thursday's Strategy Group meeting he will vote to repeal them for 2016.

He rails against the noise, the cost and the complexity, but his major issue is that the regulations as they stand could mean Mercedes' huge competitive advantage is not tracked down even by 2020.

"We can all put our money together and have a wager that Mercedes will win the championship next year which is not really the sort of thing we are looking for," he told reporters including Forbes' Christian Sylt in London last week.

The latest situation has arisen after rivals Ferrari and Renault tried to get Mercedes to agree to relaxing the so-called engine development 'freeze' for 2015.

Those efforts failed, and so Mercedes is now facing the prospect of having the regulations scrapped completely for 2016 by being out-voted at the Strategy Group.

"Well we (Formula One Management) have six (votes) so if we have four teams want to do that, that's ten. There's 18 votes so that's the majority," said Ecclestone.

According to Germany's Sport Bild, the situation is giving Mercedes – who have said a wholesale regulation change could cause them to quit F1 – pause for thought.

The publication said it has learned that Mercedes is contemplating a compromise solution.

"Mercedes insiders have already indicated that they would supply their highly-complex and extremely successful hybrid system – without the basic V6 turbo – to the competition.

"That way, the current regulations could be maintained without the opponents fearing years of Mercedes dominance," revealed correspondents Ralf Bach and Bianca Garloff.

The report said the proposal of a standard, Mercedes-supplied hybrid system would be not unlike the standard McLaren-supplied electronic control units that are already deployed by every F1 team up and down the grid.

The 23-year-old, who raced at Ferrari customer Sauber in 2013 and 2014 with strong Mexican backing, has become Ferrari's new 'test and reserve driver'.

"We are pleased to be able to offer this opportunity to Esteban who, although young, has plenty of experience relating to the new generation of formula one cars," said Ferrari's new team boss Maurizio Arrivabene.

"Welcoming Esteban also means opening the gates of Ferrari to a driver from Mexico, a country where the Scuderia still has a lot of fans, just as was the case 50 years ago in the days of the Rodriguez brothers," he added.

In other news, Robin Frijn's management announced that the Dutch reserve driver's deal with the ailing backmarker Caterham has now ended.

"We cannot deny that the year developed in a disappointing way, but we now have to focus on creating a better situation for next year."

Finally, Toro Rosso sporting director Steve Nielsen has switched to a similar role at Williams. Before moving to Toro Rosso, Nielsen worked at Caterham and also the title-winning Renault team.

"He has won world championships in the past and knows what needs to be done on a sporting level for Williams to do this again," said technical boss Pat Symonds.

Fisichella completes F1 demo in Bologna
Former Formula 1 driver Giancarlo Fisichella has demonstrated one of the squad's machines at the Bologna Motor Show in Italy.

Fisichella sampled the Ferrari 150 Italia – the car which was used by Fernando Alonso and Felipe Massa during the 2011 season – in front of fans at the event in the team's home country.

"It's always special to get to meet our fans close up and feel the affection and enthusiasm they bring to every event," said Fisichella, who raced in Formula 1 between 1996 and 2009.

Mercedes was also in action elsewhere, with young driver Pascal Wehrlein demonstrating the W03 during the Race Of Champions in Barbados.