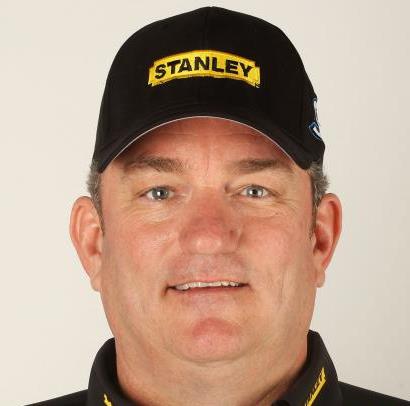 Parrott brings a wealth of experience to RCR with 20 years as a crew chief in NASCAR Sprint Cup Series competition. During that time, he won 31 races while earning 144 top-five and 230 top-10 finishes. Through a span of 606 starts, he also led teams to 23 pole awards and finished in the top-five driver points standings six times.

His best season was in 1999 when he led Dale Jarrett to the Sprint Cup championship.

"This is an incredible opportunity for me and I am looking forward to working with RCR's XFINITY Series drivers, crew chiefs, Dr. Warren and everyone involved with the team," Parrott said. "I have known Richard Childress and Mike Dillon for many years and our families go back a long time.

"They already have a solid program and it's now up to me to take the ball and run with it for next year. I'm looking forward to the challenges that lie ahead, winning several races and adding another championship for the organization."

Parrott, 50, is a native of Charlotte, N.C. and followed in the footsteps of his father, Buddy Parrott, who won 49 races in 511 Sprint Cup Series starts during a 22-year career. The second-generation crew chief will report to Dr. Eric Warren, Director of Competition for RCR.

"I worked with Todd Parrott for several years at a prior team and I have never met a more passionate person when it comes to working hard and winning races," Warren said. "Todd is organized and has great instincts about how to get performance out of both cars and teams. He is a proven winner with championship talent and has always overachieved with every team for whom he's worked."