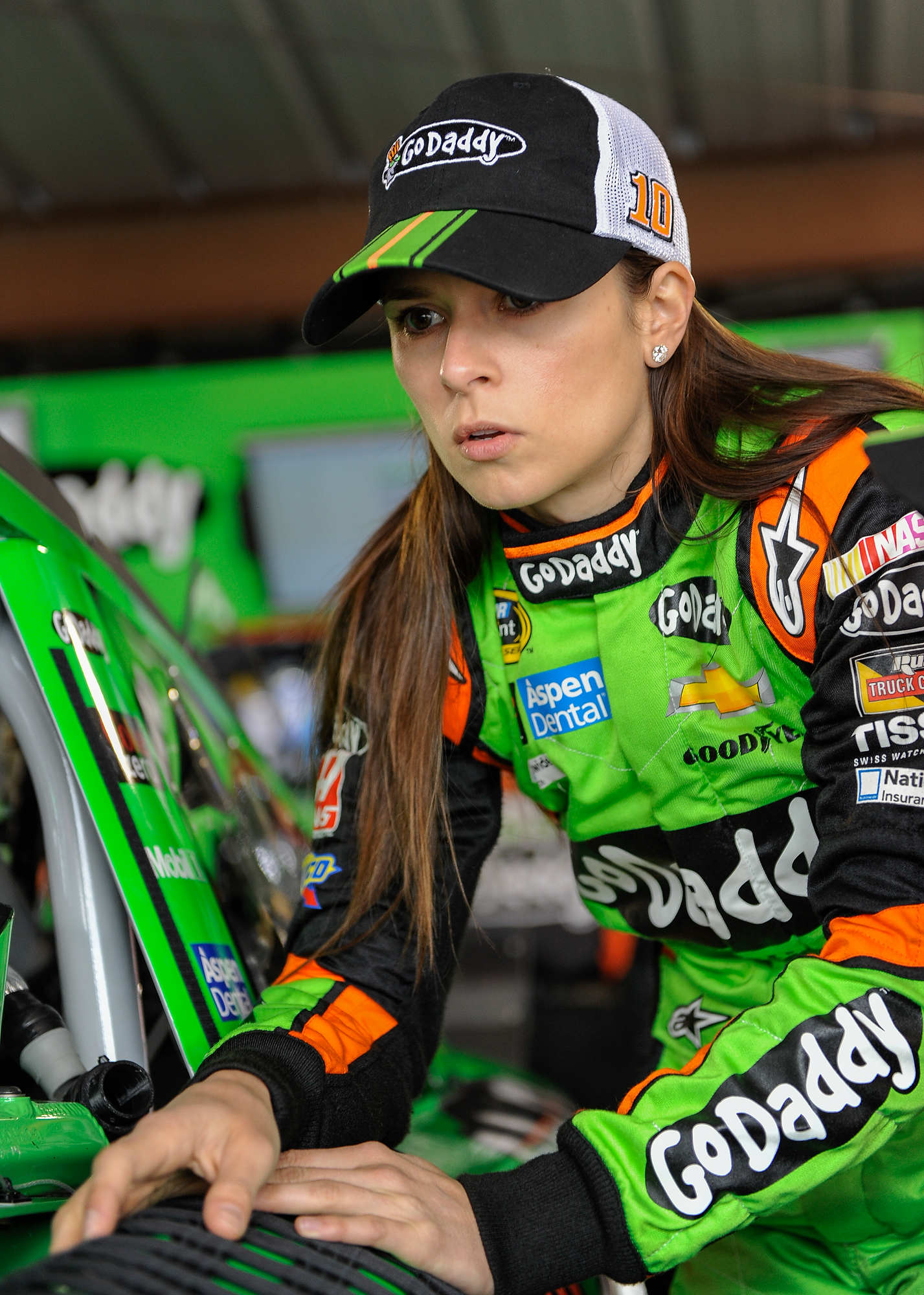 Danica Patrick showed some flashes of improvement in 2014, but she'll need to move the needle even more in 2015 if she is to have a viable future at the Cup level beyond next season. While success at the sport's top level is certainly a team and organizational effort, the responsibility rests with her to improve the only element of that team over which she has control – herself.

It's not the equipment. Beginning in 2006, the only year that a Hendrick Motorsports' (HMS) engine and chassis combination didn't win the season title was in 2012, when Brad Keselowski took Roger Penske's Dodge equipment to the championship. Stewart-Haas Racing (SHR) is the lead partner / customer of HMS. That's eight of the last nine years. Let's face it, if you were starting a Cup team today, why wouldn't you choose to partner with HMS?

It's not the team. SHR has won Cup Series championships two of the last four years. Co-owners Gene Haas and Tony Stewart have demonstrated that even in the midst of success, changes can and will be made to constantly strive for improvement, as evidenced by Darian Grubb's dismissal in 2011 after winning a championship, the complete switch of the personnel from the #10 and #41 teams with three races remaining in this year's Chase for the championship and the recent off-season addition of famed car architect Rex Stump from HMS.

It's not the crew chief or management. Daniel Knost partnered with Kurt Busch to earn a Chase berth in 2014. This demonstrates that he can get the job done. Tony Gibson and Kurt averaged an 8.6 finish once paired together in the season's final three races. Former crew chief Greg Zipadelli has proven he can win championships, and is now Vice President of competition for SHR.

Is it the driver? Perhaps some different analysis will show a trend: When the No. 10 and No. 41 teams "switched" with three races remaining this season, it wasn't just a crew chief swap, all of the equipment (cars included) went too. In the first 33 races this season, driver Kurt Busch had a 19.8 average finish with his set of chassis. Patrick had a 25.3 average finish in the last three races in the same equipment. Conversely, Patrick had a 23.5 average finish in the first 33 races with her chassis, yet Kurt improved to an 8.6 average finish after the swap. This shows not only that Kurt can hop in and deliver improved performance in the same equipment, but Danica's performance in Kurt's top-20 equipment declined.

Patrick needs to be paired with a younger, more contemporary crew chief that is analytic and has an engineering background. Daniel Knost, while as of this writing has not officially been announced as her crew chief for 2015 after doing the job on an interim basis at the end of 2014, needs and has earned this opportunity. She also needs to humble herself and seek the advice of others when it is needed. She did this at Kansas in May and Atlanta in September and finished 7th and 6th, respectively. Finally, and this is a huge suggestion, she needs to try to compete in some Xfinity Series races next year, specifically events that are paired with a Cup date. She simply needs the track time, and with horsepower and aerodynamic changes bringing the two cars closer in performance characteristics next year, more track time can't hurt.

She is good for the sport. She is a marketer's dream. However, this sport can also be a cruel business at times. Her contract with SHR and the GoDaddy sponsorship both are up after next season. She needs to deliver. She does not need to make the Chase for 2015 to be a success, but setting goals of perhaps a non-restrictor plate pole, average qualifying and finishing positions in the Top 20 and at least five Top-10's and two Top-5's would not be unreasonable. Beyond The Flag