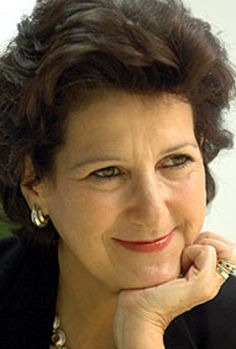 Bernie Ecclestone believes one of his most trusted female aides could succeed him as Formula One supremo, almost a decade on from suggesting a woman's place was in the kitchen rather than a race track.

Sacha Woodward-Hill is a name relatively unknown to those outside of Ecclestone's plush Knightsbridge offices from where many of his deals have been done over the years.

But as chief legal officer, she has steered the 84-year-old Ecclestone through numerous trouble spots and court cases, including his bribery trial in Munich earlier this year.

Asked directly about Woodward-Hill at an end-of-season briefing, Ecclestone said: "Perhaps if I controlled the board I would probably say it wouldn't be a bad idea to have a woman being the chief executive.

"If I died there are enough people in the company who could continue running it, the way we have set things up."

Back to events on the track, and Jenson Button has been confirmed as a McLaren driver for the 2015 season.

The future of the 2009 world champion had been in doubt for several months, with McLaren putting off a decision on whether Button or Danish team-mate Kevin Magnussen would drive alongside the returning Fernando Alonso.

But McLaren have now officially announced their line-up for next year and confirmed Button will join Alonso at the Woking marque.

Button said: "I am extremely excited to be embarking on my 16th year in Formula 1 and my sixth season for McLaren."

McLaren group chief executive Ron Dennis, who has been criticized for the protracted nature of the team's selection process, is confident the wait was worth it and they have a duo to be reckoned with.

"McLaren's policy has always been to assemble the strongest line-up possible, and in Fernando and Jenson I firmly believe that is exactly what we have," he said.

"Make no mistake about it, Jenson is 100 per cent committed to McLaren-Honda, to Formula 1, and to winning."

Since making his debut as a 20-year-old Button has amassed a total of 1,198 career points in F1, winning 15 grands prix.