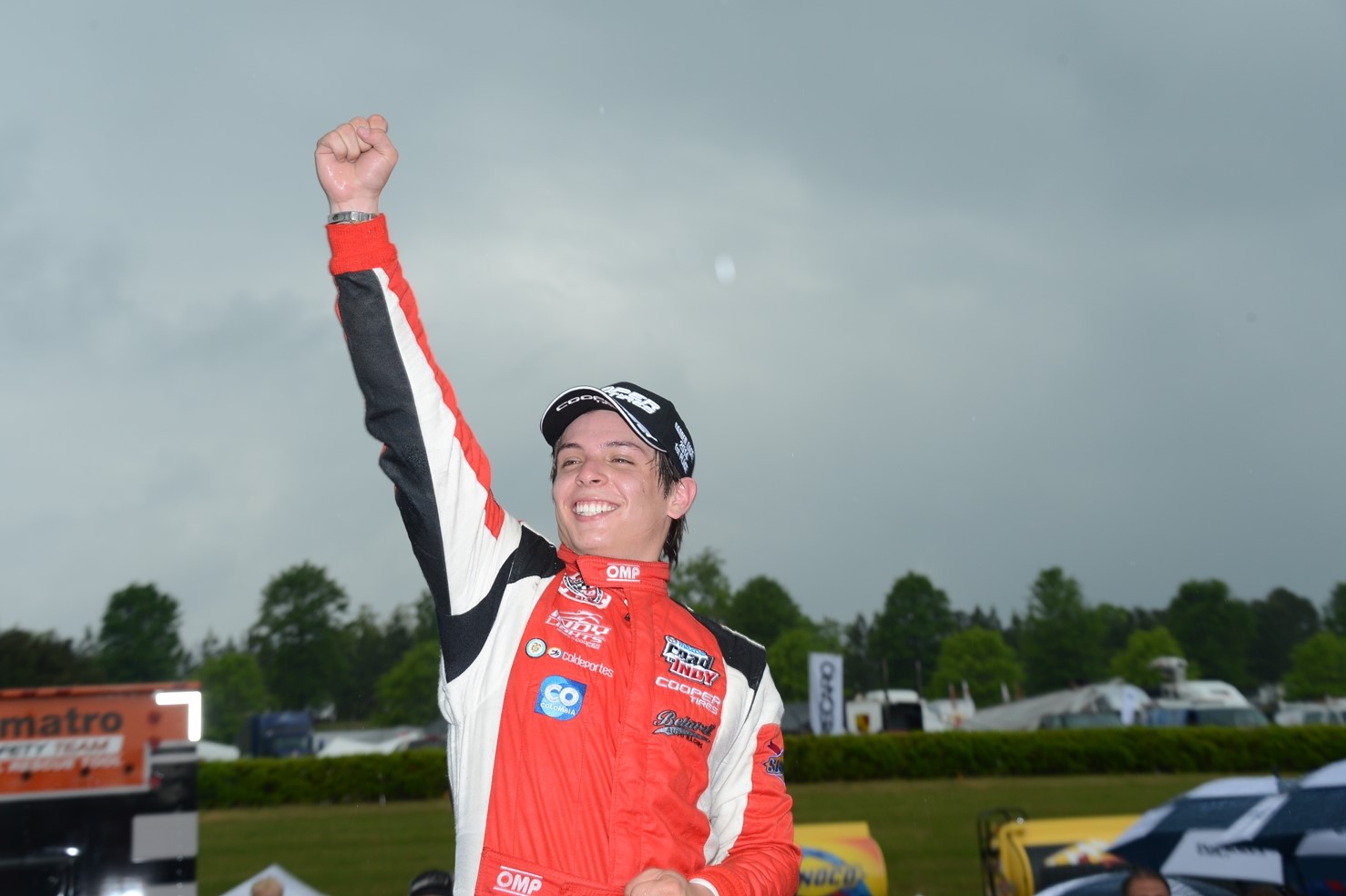 Gabby Chaves, the 2014 Indy Lights Presented by Cooper Tires champion, was named Colombia's "Driver of the Year" and "Star Driver" a few days after he teamed with Juan Gonzalez and Juan Alzate to win the 6 Hours of Bogota sports car race Dec. 6 at Autodrome Tocancipa in Colombia.

The trio covered the 250 laps on the 1.68-mile circuit with a two-lap advantage over the second-place team. Chaves also co-drove to victory in the Super GT class (fifth overall) with Juan Piedrahita (seventh in 2014 Indy Lights standings with Schmidt Peterson Motorsports with Curb-Agajanian), Diego Mejia and Oscar Tunjo. Chaves co-drove to the class victory in 2013.

"I am very happy to be closing out 2014 with a bang," said Chaves, a native of Colombia who lives in Miami. "The 6 Hours of Bogota is regarded as one of the most important endurance races in South America, and to be able to not only win the overall race but in two classes is just amazing.

"I drove a total of four hours in two different cars. Hopefully such a great season can help facilitate my transition into the Verizon IndyCar Series for 2015.

"I'd like to thank all the INDYCAR, Mazda Road to Indy and Andersen Promotions staffs for being so helpful regarding the scholarship and my negotiations for 2015."

Chaves, the 2013 Indy Lights championship runner-up, recorded four victories, including the Freedom 100 on the Indianapolis Motor Speedway oval, for Belardi Auto Racing this past season. The championship carries a $750,000 Mazda Road to Indy scholarship to assist with the advancement to the 2015 Verizon IndyCar Series.

On Nov. 30, Chaves won the second race of the Race of the Stars karting event, which benefits the Formula Smiles Foundation set up by Juan Pablo Montoya and his wife Connie, at Autodrome Tocancipa.