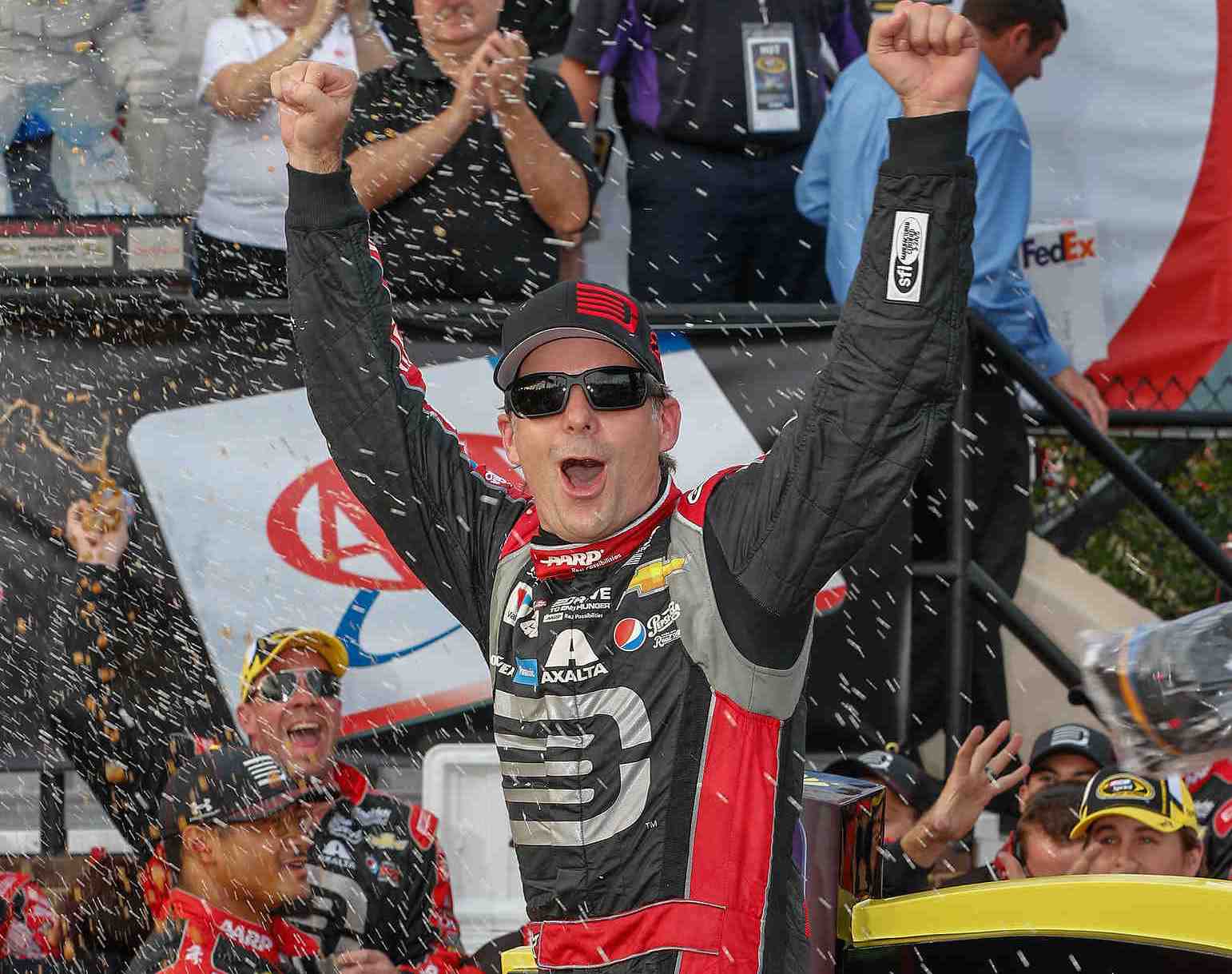 At the very beginning of the 2014 NASCAR racing season, many of us were wondering if four time Sprint Cup Series Jeff Gordon was contemplating retirement in the near future. The golden boy of NASCAR's 1990's era became the sport's elder statesman.

Now, as we approach the final months of the racing season, it's apparent that the "R" word is far from Gordon's mind. He seems to be having way too much fun chasing that fifth NASCAR championship. In fact, at age 43, he actually appears to be getting younger.

That fact did not escape the attention of team owner Rick Hendrick. After the race, an equally happy Hendrick smiled and said: "he found the fountain of youth somewhere. I can remember back when he was winning 10 or 12 races a year, he didn't get out of the car and jump up on the roof and has as much fun in victory lane as he is right now. He's really enjoying himself."

A perfect example of that was evident during the AAA 400 at the Dover International Speedway. A hard charging Gordon passed race leader Brad Keselowski on lap 305 and basically checked out of the hotel from that point. Of the remaining 95 laps in the race, Gordon led 94 of them. The result was his fourth win of the season, his fifth win at Dover and his 92nd career win. He also earned a guaranteed transfer to the next round of NASCAR's Chase For The Sprint Cup Championship. It appears that the rejuvenated Gordon and his "drive for five" program is right on track.

In the midst of celebrating with his family and team members, Gordon said: "we focused on executing as a team trying to win this race-nothing else. It wasn't about the points, it wasn't about squeezing by to get to the next round. It was about making a statement. I don't know how you make a bigger statement than what this team just did right there."

One of the traditions at the Dover Speedway is the presentation of a concrete trophy that resembles Myles the Monster, the speedway's official mascot image. Laughing, Gordon said his young daughter, Emma, has already laid claim to that trophy and wants Myles placed on display in her bedroom.

Needless to say, the next item on Gordon's agenda with be making the cut when the Chase For The Championship moves on the Contender round for the next three races. That process, which will reduce the Chase hopefuls from 12 to 8 drivers, begins at the Kansas Speedway next weekend. by Dave Grayson