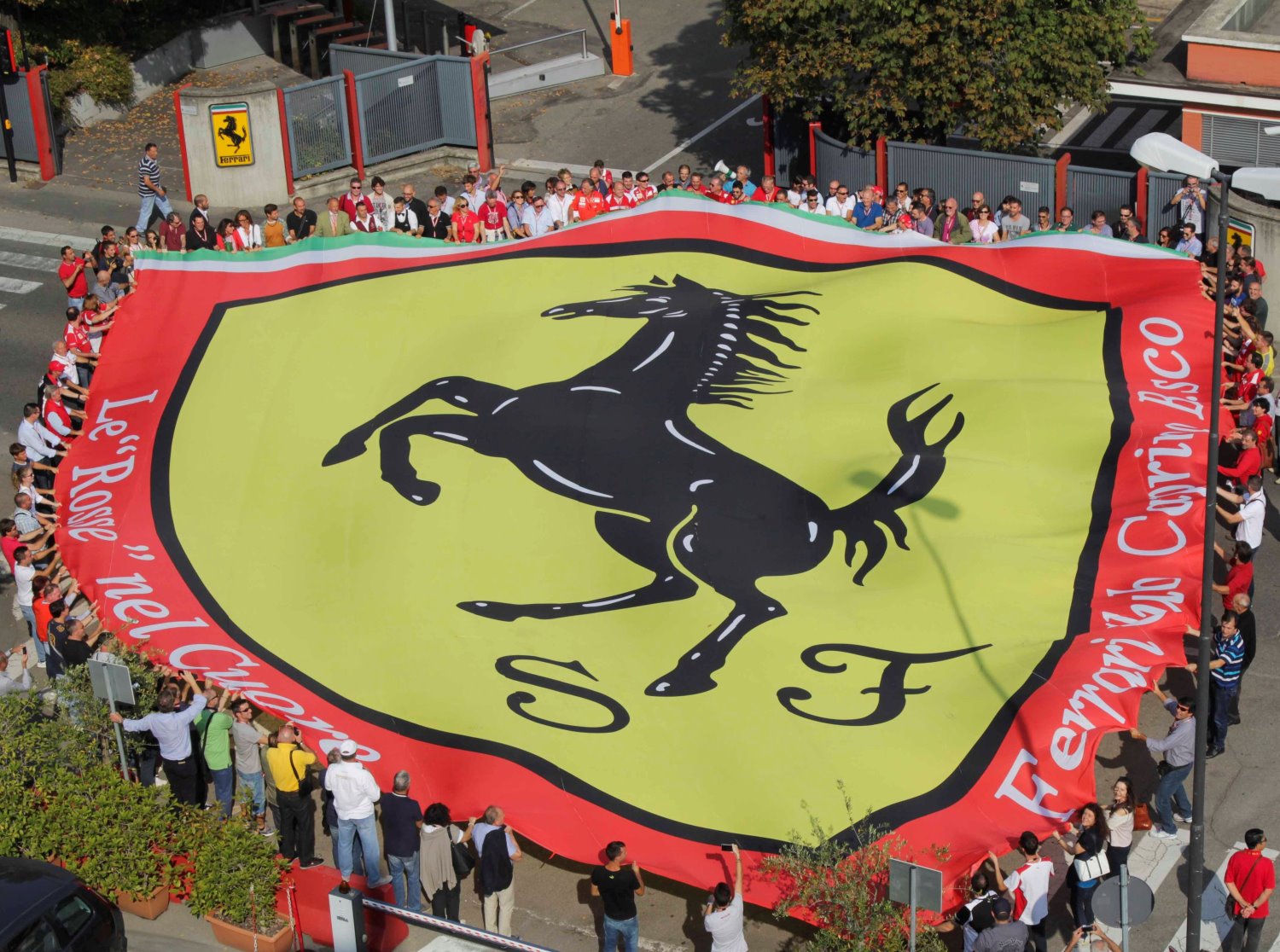 Hundreds of Ferrari fans paid homage to Luca di Montezemolo on Saturday at Maranello, transforming a planned outing into a tribute to the outgoing president, who confirmed he was stepping down earlier this month after nearly 23 years.

The Caprino Bergamasco branch of the Scuderia Ferrari Club, the one with the most members of any Ferrari club in the world, made a point of bringing along the giant heart flag, that features the Scuderia Ferrari logo. It is now a regular feature of the Italian Grand Prix at Monza and it was unfurled at the factory entrance in Via Abetone, as the fans shouted out: "Thank you, you will always be in our hearts."

The sentiment was aimed Montezemolo who has contributed more than anyone to Ferrari's success, with 14 world titles won in the past 15 years and no less than 118 races won during his Presidency.

As the flag with the giant heart and the Prancing Horse was unfurled, the tourists visiting the nearby Ferrari Store, along with passers-by all joined in the commotion with motorists hooting their horns.

The Caprino Bergamasco group were also joined by other Italian clubs, including those from Prato and Sirmione, as well as some representatives of clubs from outside Italy, including Brazil and Canada.