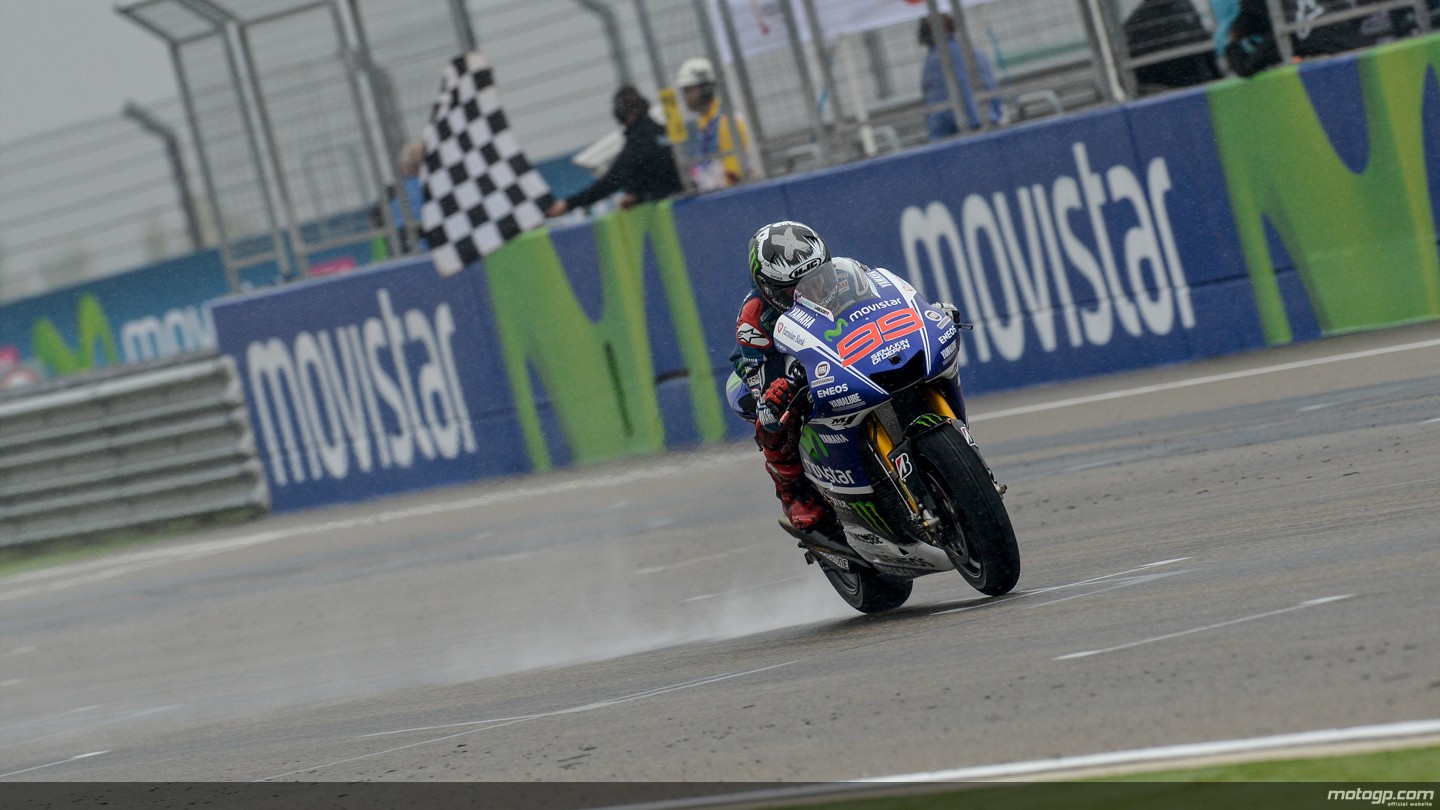 Jorge Lorenzo took victory in a chaotic dry-wet race at Aragon, ahead of Aleix Espargaro and Cal Crutchlow on the podium. The race saw drama as Italians Valentino Rossi and Andrea Iannone both suffered big crashes in the dry before Marc Marquez and Dani Pedrosa went down after the rain began to fall.

Lorenzo (Movistar Yamaha MotoGP) took victory by over 10 seconds as he judged the conditions better than his rivals, changing bikes with four laps to go, with Espargaro (NGM Forward Racing) just beating Crutchlow (Ducati Team) to the line to complete the podium. The riders were forced to change to wet set-ups in the final stages after the rain began to fall heavily – having started the race on a drying track.

The tricky conditions caused Andrea Dovizioso (Ducati Team) to crash out before swapping to his wet bike and he was taken to the medical centre for checks on a hip trauma. Repsol Honda teammates Pedrosa and Marquez took a risk staying out in the wet on slick tires in the final laps. Pedrosa fell and remounted to take 14th with Marquez crashing later and finishing 13th after eventually swapping to his wet bike too.

Before the rain had fallen Iannone (Pramac Racing) crashed as he ran wide having led for the opening laps. He looked as though he might stay upright but wet grass sent him skyward. Rossi (Movistar Yamaha MotoGP) had a similar incident, running wide and touching the grass resulting in a vicious highside. He was taken to the medical center but deemed ok, before being taken to hospital for precautionary head scans.