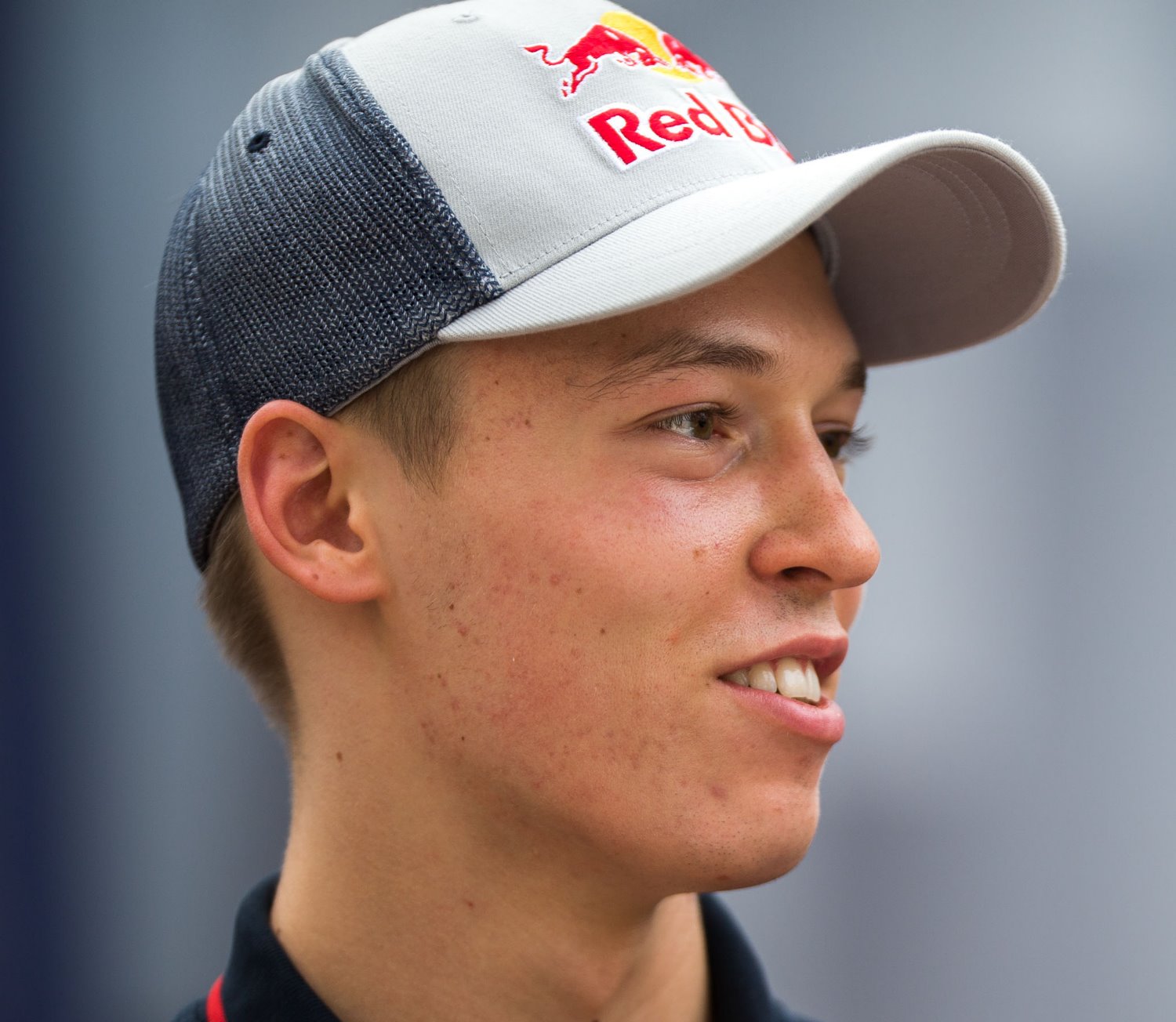 Daniil Kvyat has more reason than most F1 drivers to be happy with his lot right now. An excellent debut season has seen the young Toro Rosso driver praised across the board and tipped by many as one to watch for the future. However, he is not one to rest on his laurels and is clearly working to achieve even greater things as the season reaches its thrilling climax: "It's been a good season so far and I have been learning a lot" he declares, "Of course there are always races where you think you could have done better, but I have generally been quite happy about how everything has gone. We are all continuing to work very hard and I hope we can finish the season on a high."

If a highly promising debut season isn't enough, the Russian rookie is now only weeks away from racing in front of his home fans when Formula 1 arrives in Russia for the very first time the weekend of 10-12 October. Moreover, there are not many 20 year olds who get entire grandstands named in their honor but in Kvyat's case this is exactly what happened when Sochi Autodrom – the multipurpose race venue that will host the inaugural Formula 1 Russian Grand Prix – announced that its T4 Grandstand would henceforth be known as the ‘Daniil Kvyat Stand'. How does a young driver in his first full season in Formula 1 even begin to process such an honor?

"I was amazed to learn there will be a grandstand bearing my name at the Sochi Autodrom", Kvyat admits, "usually, this is an honor reserved for drivers who have retired, so it is both surprising and a great privilege."

It becomes clear when talking to him just how excited he is to be the first Russian F1 driver to race in front of his home crowd and he is more than aware of the historic significance of the occasion: "I am very excited to race in Russia when I will finally get to perform in front of my home crowd, so that makes it a very important weekend. I'm sure feeling all that extra support will be a big boost when I'm on track. It's definitely a historic moment and I hope everyone will enjoy the Grand Prix."

The track is as yet still one he is not overly familiar with – "It is still a bit early to talk about the details and the track layout because I haven't actually been there yet" – but he is confident it will prove to be one of the most challenging and popular ones on the calendar for both drivers and fans: "it does look like an interesting track with its long straights and numerous corners and I can't wait to get there and see everything for myself."

So what does he think fans can expect from the first ever Russian Grand Prix? "It will be the first time for Russia to host a Formula 1 race, so I'm sure it will be a huge event and I hope everyone will enjoy the race weekend." The impact of such an event on the Russian people and their growing love of all things motorsport is also not lost on him: "The people in Russia have waited a long time to see a Formula 1 race live on home soil and I believe this race will be very important for promoting the culture of motor racing in Russia."

Special Gift Bag for all Fans at the Daniil Kvyat Stand

All fans sitting at the T4 Grandstand, renamed in honor of the Russian driver Daniil Kvyat – will receive a special gift bag full of amazing souvenirs from the first ever Formula 1 Russian Grand Prix.

The gift bag will consist of an exclusive baseball cap and a bracelet with Daniil Kvyat's autograph and the Sochi Autodrom logo. This gift bag will only be given to fans sitting at the Daniil Kvyat Stand– one of the best positions from which to view the race. From the T4 Kvyat Grandstand, spectators will be able to see all the action of Turns 2, 3 and 4 as the cars maneuver the longest left hand corner on the FORMULA 1 calendar.

Each guest at the T4 Kvyat Grandstand will also be part of a unique flashmob, organized in support of Daniil Kvyat and scheduled to take place during race.

Sergey Vorobyev, deputy General director, OJSC "Omega" and promoter of the 2014 FORMULA 1 RUSSIAN GRAND PRIX: "I am sure that those visitors who purchased a ticket for the T4 Kvyat Grandstand won't regret their decision. This support from this stand will be so important as it is named after the driver whom the vast majority of the attending audience will be cheering for. We are very proud that Daniil is participating in the F1 World Championship and we are excited to see how he does at his home race. I am urging all Russian fans to come out and support Daniil at the first ever Russian Grand Prix."